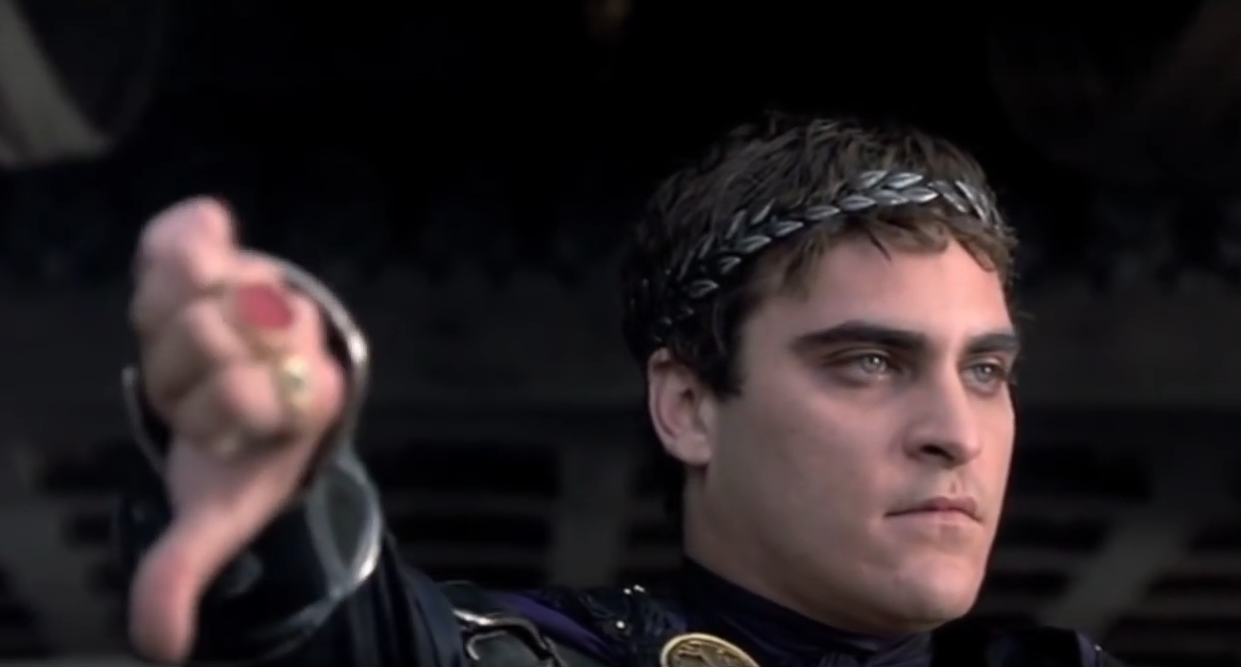 Screengrab/YouTube
Senator John McCain sure knows how to milk a moment.

It was nothing but drama last night in the Senate. With a "skinny repeal" of the Affordable Care Act on the line, McCain entered from stage right into the chamber. As his name neared during the roll call vote, he held an outstretched arm toward the dais, and then dropped his thumb toward the floor. Democrats, huddled in the back, gasped. Mitch McConnell, his face drawn and expressionless, stared at a point somewhere near McCain's ankles.


Here's the moment McCain voted against the last push health care bill, killing it. Holds out his hand, thumbs down. Audible gasps—> pic.twitter.com/tLHJ3iaOao

Insomniacs on the East Coast lapped it up, as Arizonans watched eagerly to see what their embattled senator might do. McCain had flown back to Washington, D.C, for the vote after he was diagnosed with an aggressive form of brain cancer.

Many people referenced Gladiator, the 2000 Russell Crowe blockbuster that featured the imperious thumbs-down of ancient Rome.


McCain literally walked on Senate Floor & gave a big old thumbs down for Vote - this week has been very theatrical for Mav pic.twitter.com/DARJ18oJbW

Someone even scored the senator's entrance with music from the WWE wrestling bonanza, with a commentator in the background yelling himself hoarse.

Lest we forget, two other Republican senators were key "no" votes that doomed the repeal effort: Lisa Murkowski of Alaska and Susan Collins of Maine.

Murkowski, in particular, has earned Trump's ire. Both senators haven't received anything close to the media scrum which has charted McCain's progress on the health care bill — a spotlight that was in full effect when he voted with the conservative bloc to proceed with debate on Tuesday.

And let's keep the vote in perspective: People are heaping praise on McCain for having the courage to not strip health care coverage from millions. Last night's bill would have left 16 million uninsured by 2026, according to the Congressional Budget Office.

In that sense, the thumbs-down, which signaled death in the gladiatorial arena, seems a little too close for comfort for many.

But for the viewers who can set aside the morality play, with its life-or-death questions of health coverage, the moment did make for some riveting C-SPAN.

McCain is expected to return to Arizona to receive cancer treatment on Monday.