Why You Can't Write Marilyn Manson Off Just Yet 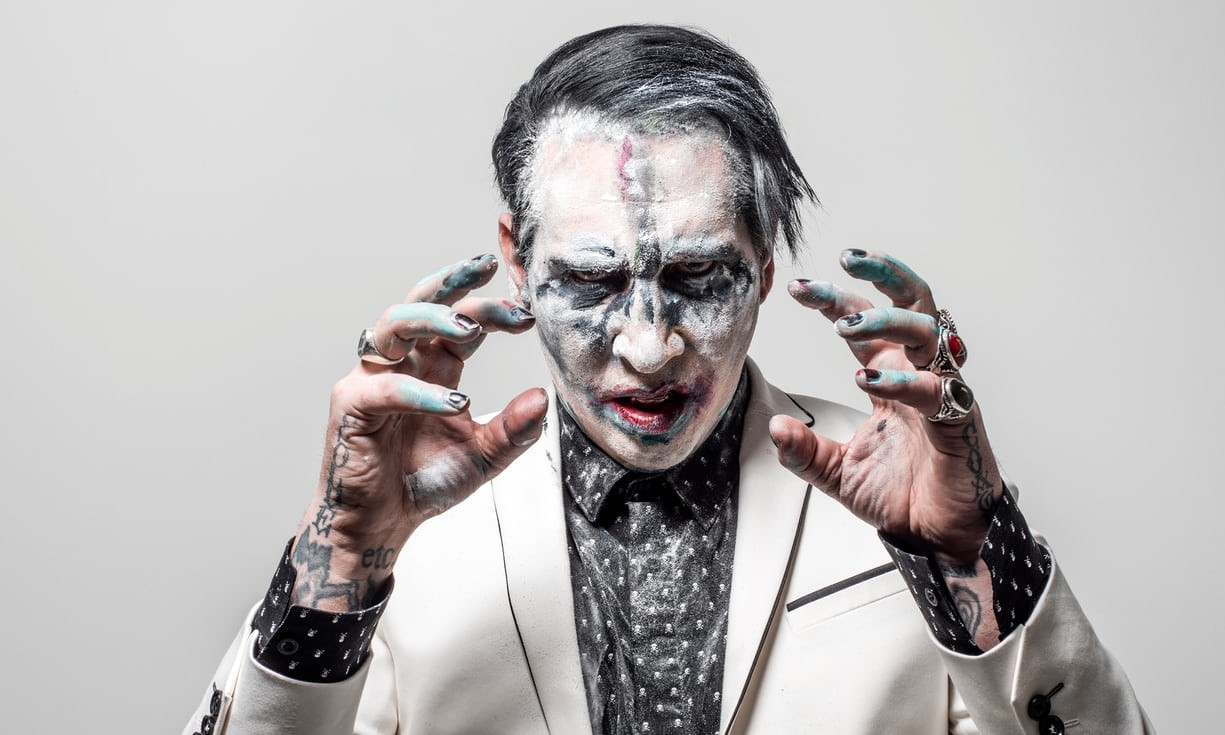 Perou
Marilyn Manson's new album is really, really good.
Who would have thought that Marilyn Manson would still be making scandalous headlines in 2017? Back in 2001, The Onion sounded the death knell for the ’90s singer’s career with the piece “Marilyn Manson Now Going Door-to-Door Trying to Shock People.” Like all the best satire, it ruthlessly honed in on an inescapable truth: It doesn’t take long for shock to calcify into schtick.

That’s the danger of making your name as a shock rocker. The job has an expiration date, and there’s one question that artists like Manson — whose band was once decried by a Connecticut senator as "the sickest group ever promoted by a mainstream record company” — have to face eventually. Once the shock wears off, does the music still have the capacity to electrify?

In Marilyn Manson’s case, the answer is yes.

That isn’t to say that he’s lost the ability to rile people up. He can still get fingers wagging. The artist drew ire for pointing a fake gun into the crowd at a concert in San Bernardino last November. That was on the heels of the Las Vegas music festival shooting that left 58 people dead and 546 injured. Unsurprisingly, Manson’s stage antics were condemned for being in poor taste.

It was just one piece of bad news for the singer in 2017. Estranged guitarist Daisy Berkowitz died of cancer, and Manson fired bandmate Twiggy Ramirez after rape allegations surfaced about the bassist. Manson also suffered a grievous injury during a September concert when a pair of giant gun props fell on him and broke his fibula.

In all the news fluttering around the 48-year old musician, one important development got lost in the mix. His new album is actually really, really good.

Which might come as a surprise if you stopped paying attention to Manson after the mixed reaction to his 1998 glam-industrial record Mechanical Animals. Following that, Manson and his band spent a few years in creative purgatory. Trying to recreate the scabrous magic of 1996’s Antichrist Superstar, they released a string of records to diminishing returns. And with the rise of Eminem and his bratty trailer-park heel routine, Manson’s satanic hedonist persona was no longer the scourge of parents and school boards across the nation.

Turns out, a little less limelight was helpful. It’s in the last decade that Manson’s body of work has shown signs of life. Born Villain (2012) had the band sounding truly heavy. For the first time in years, Marilyn Manson’s band didn’t sound like they were trying to go back to 1996. And 2015’s The Pale Emperor saw the band branch out into intriguing new sonic territory. Slowing down and settling into sinewy grooves, The Pale Emperor reimagined Manson as a roadhouse blues singer. That smokier, more rhythmic approach fit like a fishnet glove.

It’s Manson’s second collaboration with guitarist Tyler Bates, who co-wrote and produced The Pale Emperor. The two wrote most of the album by improvising in the studio. You can hear that free-wheeling approach in the music. While Heaven Upside Down shifts away from the band’s new goth-blues sound and back to that heavier early sound, the music on the new record sounds looser and more aggressive.

Manson can still generate hand-wringing editorials, but he’ll probably never again be the boogeyman he once was. In this age of hot takes and heightened sensitivity, perhaps it’s impossible for anyone to rise to the level of pop culture antichrist the way he did. But you can’t write him off just yet.

Marilyn Manson is scheduled to perform at The Van Buren on Wednesday, January 10. Tickets are $59.99 to $65 via thevanburenphx.com.