3 Places to Discover New Recipes in 2018

Photo © 2017 Nadia Hubbi from The Immigrant Cookbook
Sweet cheese pastry with orange blossom syrup
We have written year-end posts highlighting things we love about the metro Phoenix food scene. We have inked others forecasting what we expect to eat in the Valley in 2018. Something we haven't covered, until now, is how you can take steps to make 2018 a glorious year in food on your own. Here, we share three resources that will get you cooking and eating the right way in 2018. One gets inside the mind of a local legend, another shares a trove of recipes from all over the world, and the third could bring just about anything. 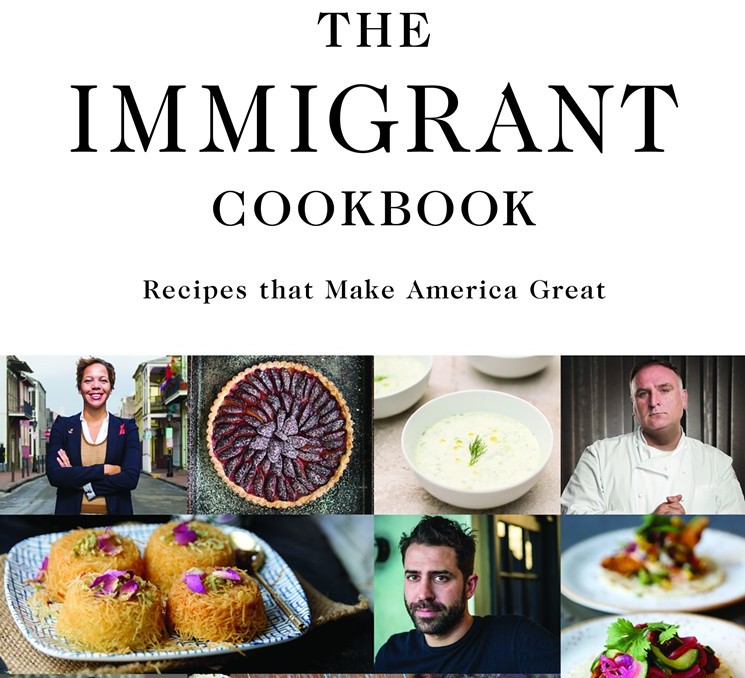 The Immigrant Cookbook celebrates the many people who make America great.
Julian D. Ramirez
The Immigrant Cookbook by Leyla Moushabeck
There is perhaps no easier way to think about the riches immigrants bring to America than by thinking about food. A quick glance at almost any menu makes it clear that together we weave a tapestry of flavors so much more delicious in diversity. This was just the sort of message Interlink Books and editor Leyla Moushabeck wanted to convey with a new cookbook of recipes by nearly 80 first- and second-generation immigrant chefs. "We wanted to feature a diverse range of people, not just ethnically, but also professionally," says Moushabeck. "Every recipe was chosen because it means something to the chef, and speaks to their personal journey." The recipes range from sweet cheese pastries to tacos.

The Phoenix Public Market.
Downtown Phoenix/Facebook
Cookbook Exchange at Phoenix Public Market
Pamela Hamilton, editor and publisher of Edible Phoenix, will be hosting a cookbook exchange at Phoenix Public Market on Saturday, January 6, from 8 a.m. to 1 p.m. Hamilton has a collection of more than 1,500 cookbooks, from old favorite culinary tomes to new-age classics. If you're looking to level up your cooking in 2018, this event should introduce you to some cool new recipes. Bring a cookbook to swap, or buy one for $5 (or three for $10). All traded-in cookbooks and proceeds will benefit Community Food Connections.

David Loftus
Bianco: Pizza, Pasta, and Other Food I Like by Chris Bianco
Our pick for best cookbook of 2017, James Beard award-winning chef Chris Bianco's collection of recipes includes pizza, meatballs, focaccia, Sunday gravy, beets roasted with fig leaves, custard, and lemon cookies. There's also Chris in every recipe: a story, an inspiration, a family tale. The book is more than a book: It's a Chris Bianco omnibus, taking a willing participant through the Candyland of his restaurants, creations, and motivations. And most of all, it's a reminder of how lucky we are that the mastermind behind Pizzeria Bianco, Pane Bianco, and Tratto chose to come to Phoenix — and, ultimately, to stay.