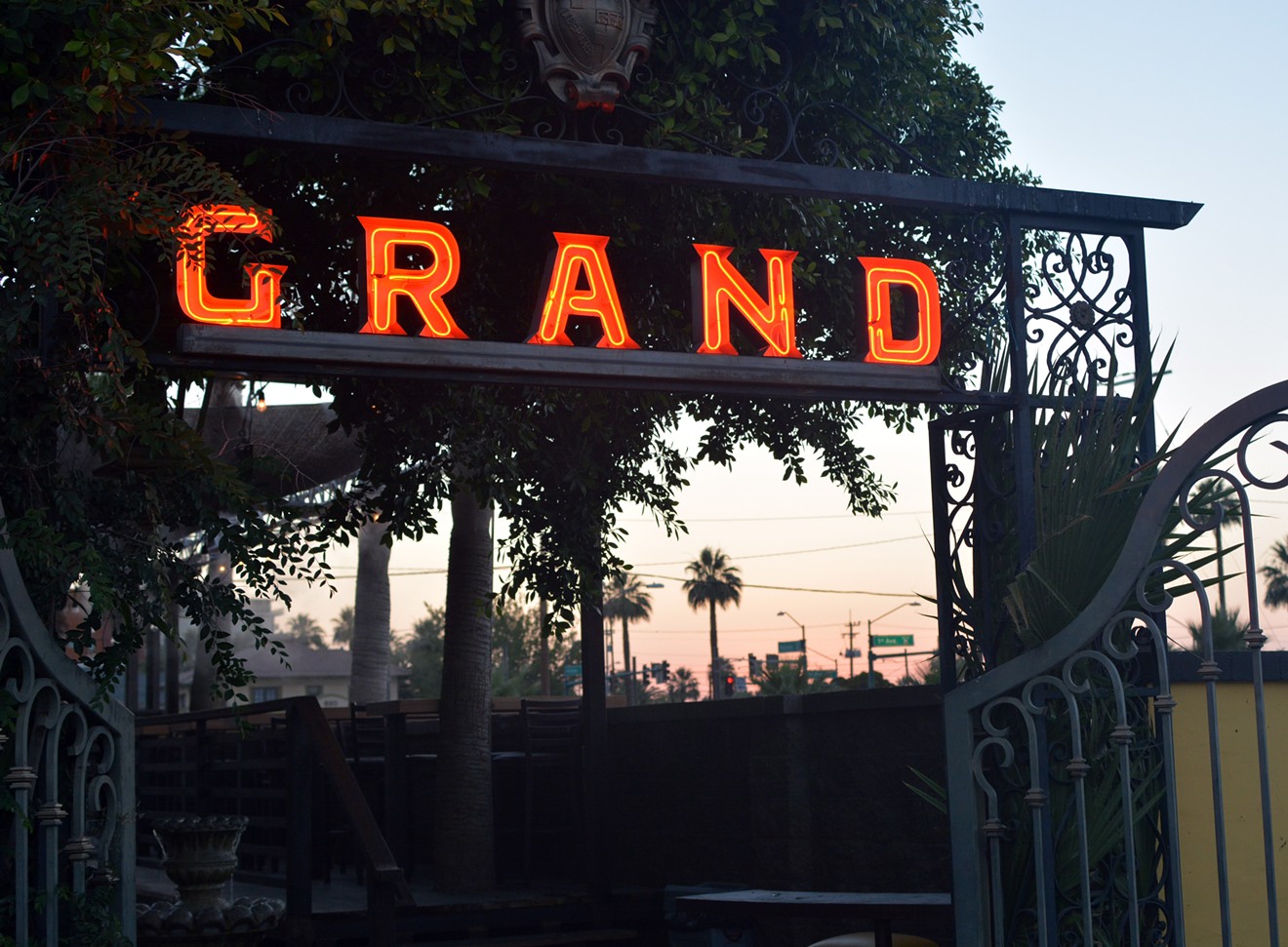 The Grand has a cozy feel, and good food, 24 hours a day. John Chakravarty 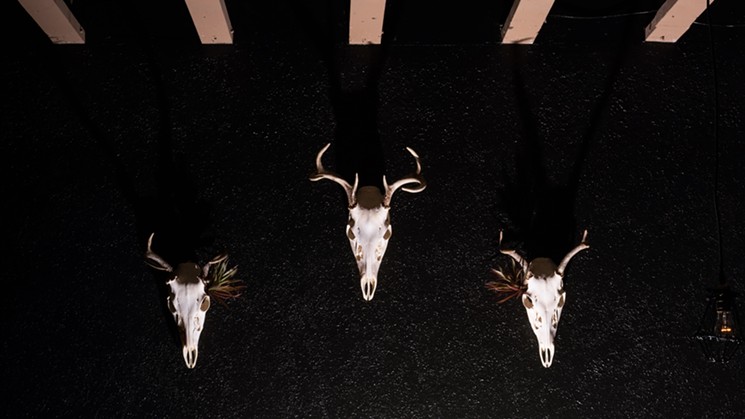 Like Bitter & Twisted, Counter Intuitive is known best for its high-aiming cocktail program, but guests also can get tasty bites to go with their drinks. Though Counter Intuitive's menu was known for changing often, with a new theme every few months including a New Orleans-themed menu featuring bacon beignets, gator bites, and salt and vinegar chicharrones, the restaurant has stated that they will be going steady with their their latest desert theme. Counter Intuitive is dedicated to late-night eats and drinks, and is open Wednesday through Saturday, 6 p.m. to 2 a.m. 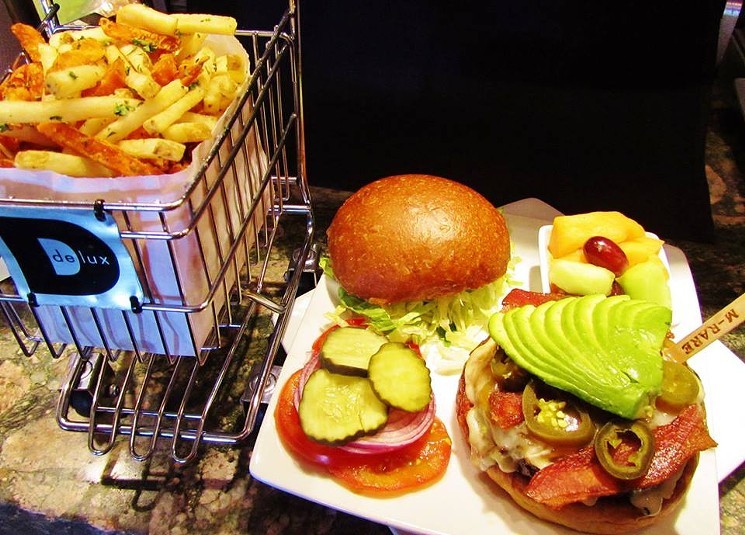 Delux Burgers has been one of the Valley's late-night staples for over a decade. Serving Niman Ranch burgers, panini, salads, and sushi every night until 2 a.m., this Biltmore-area restaurant is a prime location for nighttime diners. Don't forget to grab a basket of mixed fries: The sweet potato and regular French fries come in a miniature grocery cart that is pretty freakin' cute. 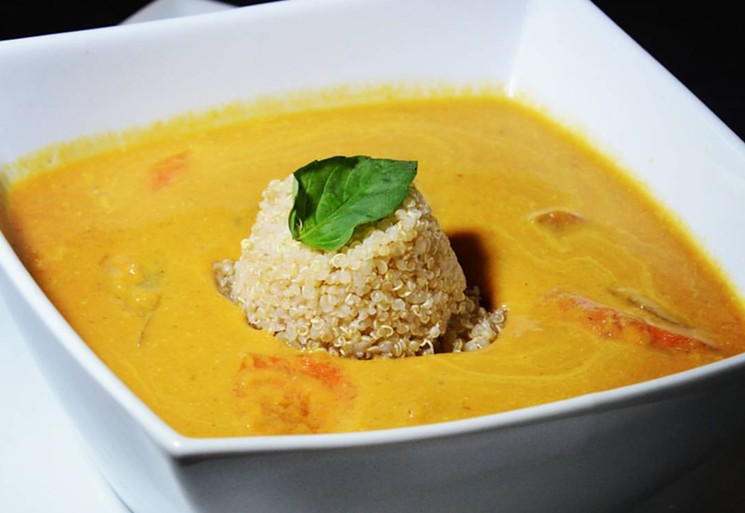 Urban Beans has not backed down, despite having a Starbucks open up right next door. In an effort to round out the Valley's late-night and early-morning options for people with unique work schedules, Urban Beans offers its entire vegetarian and vegan menu all day. Diners can expect breakfast and lunch items, including sandwiches, like the jackfruit carnitas-style torta, salads, soups, and heartier fare like the pumpkin curry bowl, anytime day or night. Urban Beans has a welcoming, second-home atmosphere, for those times when you don't want to go home, but also don't want to go out-out. 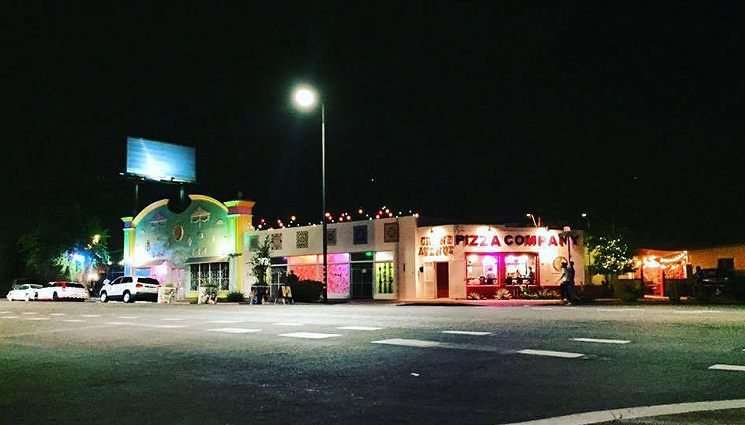 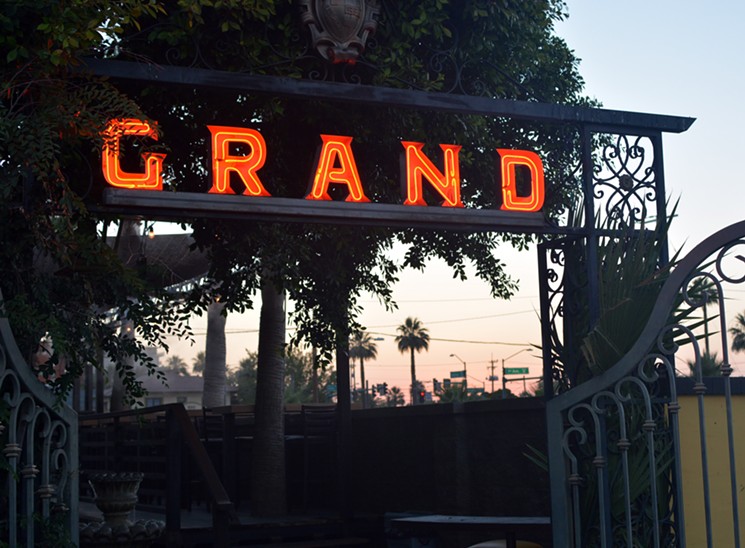 The Grand has a cozy feel, and good food, 24 hours a day.
John Chakravarty
The Grand
Serves food 24-7

The Grand is located conveniently off the light rail in the space that used to be Amsterdam’s and within walking distance of ASU downtown, and serves sandwiches, salads, and a pretty good breakfast all day. The shop is open 24 hours, but after midnight, they switch over to a late-night menu. Don't worry, best of the menu is still available: The breakfast sandwiches, buffalo cauliflower, and red wine-braised short rib poutine will be hot and ready. 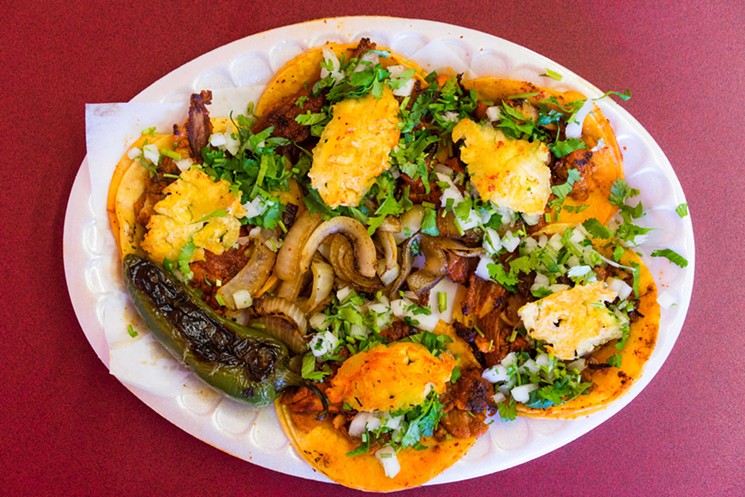 All of the meat options at Tacos Huicho are good, but when the al pastor spit is spinning on Tuesdays and the weekend, it might be the only thing you'll order.
Shelby Moore
Tacos Huicho
Serves food until midnight

One of Phoenix’s best-kept taco secrets is a small neighborhood restaurant called Tacos Huicho. Tucked away on the frontage road off 20th and Oak streets, nestled between a shady convenience store and a shut-down Laundromat, Tacos Huicho looks like a run-of-the-mill gut-buster taco shack. But behind its hardened exterior, they make some of the best tacos al pastor in the city, perfectly complimented by their house-made salsas, all available until midnight. On the weekends, Huicho draws a big enough crowd to warrant their own taco cart in the parking lot. On Friday or Saturday night, grab one of their cold horchatas, and chill out on the patio seating with the rest of the local East Coronado neighborhood.

previous
KEEP PHOENIX NEW TIMES FREE... Since we started Phoenix New Times, it has been defined as the free, independent voice of Phoenix, and we'd like to keep it that way. With local media under siege, it's more important than ever for us to rally support behind funding our local journalism. You can help by participating in our "I Support" program, allowing us to keep offering readers access to our incisive coverage of local news, food and culture with no paywalls.
Make a one-time donation today for as little as $1.
Cal Faber
Contact: Cal Faber