May 2018 Restaurant Openings and Closings Alamo Draft House was one of May's big openings. Lynn Trimble
The opening of 16 restaurants in May, not too shabby for the end of spring, has made our hot-weather dining choices more interesting. The range of new restaurants is wide, featuring cuisines from raw seafood to tropical Mexican. Luckily, too, there are few closings to report. But there were one or two cult favorites that, for lovers of burgers and seafood, might hit home. Here are your past and future restaurants. 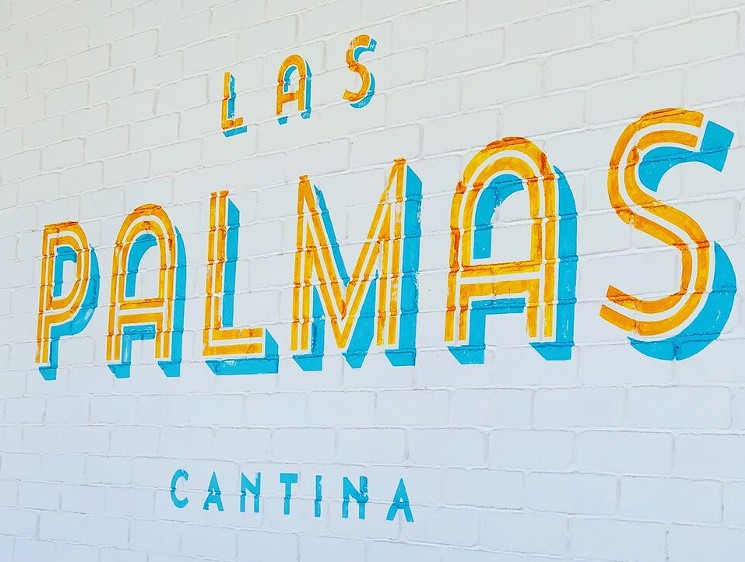 Las Palmas Cantina, a beach-style Mexican restaurant, will open next week.
Las Palmas Cantina
Las Palmas Cantina
95 West Boston Street, Chandler; 480-306-7140.
Julian Wright, owner of Tempe’s Pedal Haus Brewery, has opened Las Palmas Cantina in downtown Chandler. The menu features a style of cuisine Wright is calling “tropical Mexican.” It features dishes inspired by Mexican beach towns like Tulum. The restaurant has serious decks, all kinds of raw and cooked fish, and hot queso dip served with hand-pressed tortillas. Tiki drinks and a coastal design aim to transport you to the shores of Playa del Carmen.  “This may not be what Chandler was asking for … but I wanted to do something different,” Wright says.

Welcome Diner
929 East Pierce Street; 602-495-1111
The iconic red-and-white diner has relocated from its original Roosevelt location. The good folks of Welcome are now serving up chorizo meatloaf, smoked chicken and sausage gumbo, and pulled pork and grits at a new site a couple of blocks south on East Pierce Street. The diner's Tucson location is still fully operational.

QuartHaus
201 South Washington Street, Chandler; 480-999-9463
QuartHaus is a beer and wine tasting room in downtown Chandler. More than a dozen local craft beers can be enjoyed from a seat at the watering hole's three-sided ruby red bar. “In the next 3 to 4 months we will be brewing our own beer and distilling gin and vodka,” owner Peter Sciacca says. The establishment's spacious courtyard will soon be home to a Dutch Brothers-style walk-up coffee bar and an outdoor pizzeria.

Farmboy Market, Meats, Sandwiches
1075 West Queen Creek Road, #1, Chandler; 480-361-2153
This fast-casual restaurant concept offers diners smoked or grilled meats and sandwiches. Barbecue is smoked over wood and made using local sourced ingredients. Bread is baked on site. In addition to traditional barbecue, this place's menu features salad, chilis, and soups, as well as breakfast sandwiches and tacos. Meals can be enjoyed in a rustic dining area or taken to go.

The Whining Pig
The Whining Pig/Facebook
The Whining Pig
5030 East Ray Road, Suite J-5, Ahwatukee; 480-248-6969
The Whining Pig’s fourth and newest location has opened in Ahwatukee. This beer and wine bar offers an enormous selection of craft beers and wine. The suds offered are continuously rotating and poured by a knowledgeable staff.  A simple food menu features hearty fare like grilled cheese sandwiches and a meat and cheese plate. Happy hour runs from 1 to 8 p.m. every day.

Alamo Drafthouse
1140 East Baseline Road Tempe; 480-795-6622
This dine-in cinema’s Tempe location has opened its doors just in time for the summer blockbusters. The upscale movie theater features seven screens, 750 seats, a full-service kitchen, and a bar with five TVs. The kitchen is serving up snacks and entrees that are easy to enjoy under the glow of the big screen. A selection of local craft brews is available on draft.

Zero Degrees
2000 East Rio Salado Parkway, #1069, Tempe; 480-247-7540
This franchise has opened its newest Arizona location in Tempe Marketplace. Zero Degrees specializes in ice-cold slushies and milkshakes made with fresh fruit. If you want to go hot, snacks like Cajun fries and popcorn chicken are also available.

Riot House
4425 North Saddlebag Trail, Scottsdale; 480-935-5910
The ownership group of El Hefe and Dierks Bentley’s Whiskey Row has opened a new restaurant. Riot House is a cocktail bar and casual dining restaurant in Scottsdale. The coastal decor, tropical drink selection, and chill music create a laid back atmosphere. A one-page menu features a variety of artisan flatbread pizzas, salads, and paninis. Early offerings include “liquid Brunch,” featuring a selection of $12 signature cocktails made with fresh fruit. This place is right at home in Scottsdale.

Starbucks
6075 West Chandler Boulevard, Chandler; 480-893-1923
The Starbucks on Chandler Boulevard and Kyrene Road relocated directly across the street. This brand-new building is significantly larger and offers caffeine-crazed customers a drive-through option (a feature the other location was lacking).

JImmy T's Holy Crab is now open.
Dorian Boddie
Jimmy T’s Holy Crab
1050 West Ray Road, Chandler; 480-935-0991
Chandler’s latest sports bar and casual eatery offers a new place to catch the game, enjoy a drink, and feast on an array of cooked and raw shellfish. Oysters are shucked to order, and crab and shrimp are sold by the pound. The menu is similar to that of an Angry Crab or Joe's Crab Shack.

Cocina Madrigal Tacos and Tequila
4044 South 16th Street; 602-243-9000
Cocina Madrigal looks to be putting its own spin on some classic dishes, as well as delivering more traditional Mexican fare. Mushroom enchiladas and green chili pork are among early favorites.

Original ChopShop in Arcadia
4503 North 32nd Street; 480-565-4358
This neighborhood eatery will be crafting tasty, nutritious food in a new Arcadia location. Come for custom grilled protein bowls with your choice of spicy Korean steak, red-chili shrimp, or green curry tofu (to name a few). All proteins are served atop rice, sweet potato hash, or quinoa. A sizable selection of artisan sandwiches and salads are also made fresh to order.

AhiPoki
21202 South Ellsworth Loop Road, #110, Queen Creek; 480-466-7434
Ahipoki has opened its tenth local location in the Queen Creek marketplace. This California-based chain is serving up Hawaiian-inspired poke bowls prepared right before your eyes. An affordable selection of bowls are prepared with a variety of raw fish. Cooked seafood options include the likes of shrimp, octopus, and scallops. All bowls are served atop rice or salad and customized with your choice of sauces and vegetables.

Chef Buzz of The Root and Soul.
Alex Stevenson
The Root & Soul
915 North Central Avenue (inside DeSoto Central Market); 205-670-1840
Modern soul food is being served up at Desoto Central Market. Root and Soul has taken over the space once occupied by RADish. The cousin of the founder of Lolo’s Chicken and Waffles, chef Christian Buze, has been plating soul food like crispy fried chicken atop made-to-order Belgian waffles. Skillet-cooked catfish and a six-cheese mac and cheese are highlights.

Salad and Go
2323 North Scottsdale Road.
True to its name, Salad and Go is serving healthy meal options for patrons on the go. This drive-through eatery offers a sizable variety of salads and Wraps. Chicken, steak, tofu, and shrimp can be added to all wraps and salads. Good for lunches on the move.

Little Cleo’s Seafood Legend
Little Cleo’s was best known for classic seafood dishes, an extensive raw bar, and craft cocktails. This throwback eatery has closed its doors after a five-year run, a casualty of Culinary Dropout's expansion. “This decision didn’t come easy, but I am committed to looking for another home for Little Cleo’s,” owner Sam Fox says.

Modern Margarita / La Bocca Pizzeria
These two restaurant concepts shared an upscale modern space in downtown Chandler. Six months ago, a kitchen fire forced their closure. Chandler area taco and pizza fans were looking forward to these eateries reopening. In May, all hopes of salvaging Modern Margarita and La Bocca were officially extinguished. “The damage was too extensive,” says James Hamilton, spokesperson for the restaurant's ownership group. 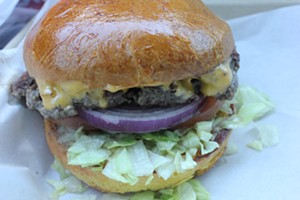 The Original Wineburger
Chris Malloy
The Original Wineburger
This family-owned-and-operated casual dining restaurant had been serving specialty burgers and other classic diner dishes since 1965. No longer. Owner Kathleen Courter says that a relocation and light rail construction contributed to a decrease in business.

Pranksters Gar and Brill
The dimly lit sports bar has closed after a 33-year run. Pranksters was best known for its fun atmosphere, karaoke Tuesdays, and budget-friendly drink and food menu. This establishment was a dive bar adored by many. Its Facebook status has now been updated to “permanently closed.”
KEEP PHOENIX NEW TIMES FREE... Since we started Phoenix New Times, it has been defined as the free, independent voice of Phoenix, and we'd like to keep it that way. With local media under siege, it's more important than ever for us to rally support behind funding our local journalism. You can help by participating in our "I Support" program, allowing us to keep offering readers access to our incisive coverage of local news, food and culture with no paywalls.
Make a one-time donation today for as little as $1.