Q&A: Michael Babcock and Wayne Coats on Belly, Hood Burger, and the Future of Phoenix Dining 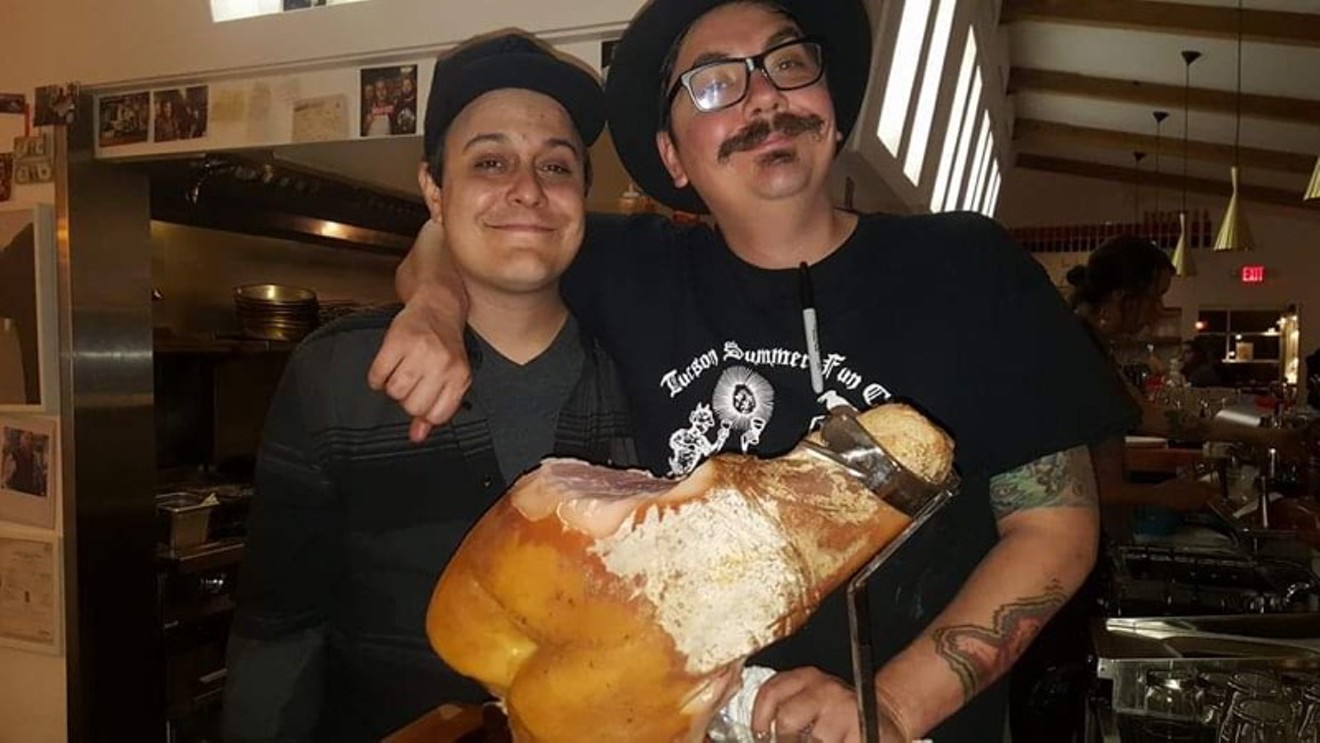 Wayne Coats and Michael Babcock chilling with a pork haunch. Kelly Dewey
This week, we caught up with Michael Babcock and Wayne Coats, best known for their past work at Welcome Diner and now partners at Instrumental Hospitality. With two other partners, Paul Waxman and Robert Cissell, they had planned to open a two-story southeast Asian eatery in spring 2020. But Belly has been delayed. And the restaurant scene has capsized.

We linked up by phone to chat about projects, curveballs, strange days, long trips, and good food. Coats was sitting outside within sight of the sand of Venice Beach, California, cloudy but refreshing in a picture he texted. He was sipping nitro cold brew a block outside his Airbnb, watching “everyone” strolling around in masks as California takes the pandemic, compared to Arizona, “much more seriously.”

Babcock was in Phoenix, laying low after a busy Hood Burger popup the day before. This charitable project he is co-heading has been fundraising for various causes, including some connected with domestic violence and Black Lives Matter. He’s about to go camping on the Mogollon Rim with his dog, seeking escape and “a little isolation time.” Left to right: Michael Babcock, Wayne Coats, Paul Waxman, and Robert Cissell, together the Instrumental Hospitality Group.
Matt Martian
Phoenix New Times: How has your 2020 been so far?

Wayne Coats: Definitely a sense of a dreamlike world so far in 2020. Constantly shot. Constantly wondering what the hell could even happen next.

New Times: How has your charitable Hood Burger project been?

WC: It has been inspiring to do the Hood Burger project, led by Michael and [chef-bartender] Tyka Chheng. Doug [Robson] at Gallo [Blanco] was really helpful in providing the parking lot in Garfield. That turned into other homies being really generous. Genuine Concepts loaning us a food truck. Going to Thunderbird [Lounge].

As the Hood Burger project evolved, it was really inspired by that generosity. It was kind of a reminder of what it was like to be around people, to run a service, figure things out, work as a team. It has been the opposite of Michael’s nightmare.

MB: The menu has changed a couple of times as the partnerships have changed. Yesterday, we did a classic Royale burger with cheese and chips. It was cool to go to Gracie’s [Tax Bar, where that popup was] and not be squished.

New Times: Last year, you guys traveled to research for Belly, your forthcoming southeast Asian restaurant in Melrose. How was that?

The point of the trip was to gain inspiration through southeast Asia. We want to be able to offer something more unique than pho and banh mi. I love those things. I eat that shit daily. There’s just a whole palate to explore within southeast Asia that we wanted to throw some shine on. We were really inspired by the street food vendors in particular.

New Times: Belly will have strong southeast Asian roots. How do you approach cooking foods outside your cultures?

MB: The thing about being a professional chef, our whole job, if done right, is to absorb the culture around us, honor it, interpret it, and share it with others. I’m opening up a Vietnamese restaurant with a lot of reverence. The research trip was just a drop in the bucket in my relationship with Vietnamese food.

WC: Yeah, he was cooking Vietnamese for dinner parties at 22 years old.

MB: I was raised in part by my Japanese grandmother. My palate for Asian cooking is geared to that. It’s how I eat at home.

Chefs have a responsibility to honor the culture they’re representing. If you do things right with the right intentions, all you’re doing as a chef is celebrating the cultures you’re inspired by. Making fried chicken and biscuits [at Welcome Diner, where he was head chef until last year], this is something I’ve thought about a lot. 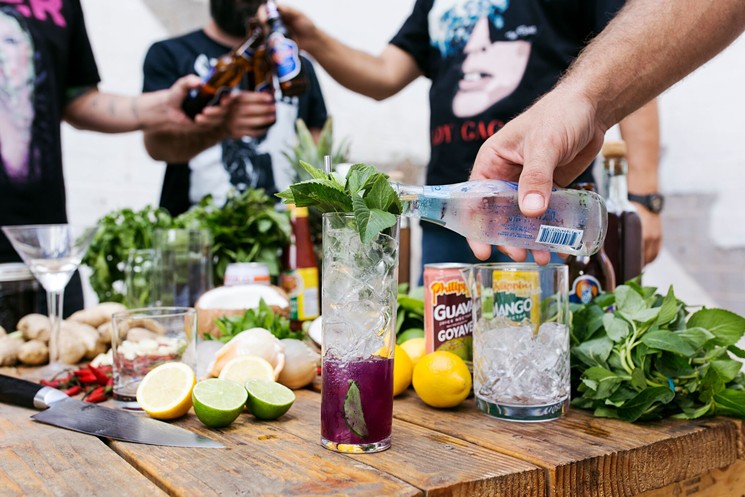 Belly is set to open in spring 2020.
AWE Collective
New Times: How is Belly coming along?

WC: Construction delayed our opening, which was first looking like the middle of March. I can’t imagine what our industry brothers and sisters went through in March and what they’re still dealing with.

Through all this, the construction has been going. We put the countertops in. The walls are painted — all the tiles laid and set. We’re getting really close to the construction guys handing over the keys to our team.

MB: We have no trajectory on when our opening date is. We’re very elastic on that.

New Times: Will we see any more of Belly, maybe through popups, before opening?

MB: I think with the climate we’re in, we want to focus on the causes that matter now. Belly’s going to be an awesome project, but it’s not really time for us to be focused on that. We’re focused on our charity efforts.

New Times: How are you feeling about the future of Phoenix dining?

MB: I don’t know, man. I don’t think it’s going to be good, though. I don’t mean to be super negative, but the reality is the restaurant industry was unsustainable to begin with. The way our labor networks work. The way food costs work. Price points. If there’s any positive from this, maybe it accelerates what that transformation needs to be.

WC: I’m really proud of our homies fighting hard to hit those numbers to stay open. There are people out there really pushing and trying to adapt to how things are changing. It’s inspiring and motivating to see that.

Note: This conversation has been condensed and lightly edited for speed and clarity.
KEEP PHOENIX NEW TIMES FREE... Since we started Phoenix New Times, it has been defined as the free, independent voice of Phoenix, and we'd like to keep it that way. With local media under siege, it's more important than ever for us to rally support behind funding our local journalism. You can help by participating in our "I Support" program, allowing us to keep offering readers access to our incisive coverage of local news, food and culture with no paywalls.
Make a one-time donation today for as little as $1.
Chris Malloy, former food editor and current food critic at Phoenix New Times, has written for various local and national outlets. He has scrubbed pots in a restaurant kitchen, earned graduate credit for a class about cheese, harvested garlic in Le Marche, and rolled pastas like cappellacci stuffed with chicken liver. He writes reviews but also narrative stories on the food world's margins.
Contact: Chris Malloy
Follow:
Twitter: @yollamsirhc
Instagram: @malloy_chris/