Old World Brewery: The Old World Must've Been Messed Up

A word often flung around the beer-rating websites on which I sometimes dwell is homerism. The term has a broad definition, but most basically it means support for a local brewery that goes beyond what said brewery deserves. It's most often used by people from states outside a certain brewery's distribution region accusing those in the local market of artificially inflating that brewery's ratings. Homers give extra credit to local brewers, they say, for the sheer fact that they exist close by. It's an interesting phenomenon, brought on perhaps by the local-food movement that's become increasingly popular across the country.

It's also the only logical explanation for why Old World Brewery is still in business.

See also: - 5 Things You Need To Know About Craft Beer In Arizona - You "Must" Try These Beer/Wine Hybrids

Why else would people continue to buy beers that have failed to garner a single grade above 40 percent on Ratebeer or Beeradvocate? Why else would someone drink beer from a brewery that was found to have committed more than 17 health-code violations, including excess flies brought inside by the dogs living in the back of the brewery and rat feces found in the grain storage area?

Despite it all, Old World recently premiered several new bottle designs and an enhanced distribution contract with Safeway. It's baffling.

In an effort to remove homerism from the equation, I held a tasting of Old World's offerings with a friend who lives as far away from Arizona as I could think of: Florida. She's knowledgeable in beer, though she had never heard of Old World before trying these. Here's what she thought of each one: 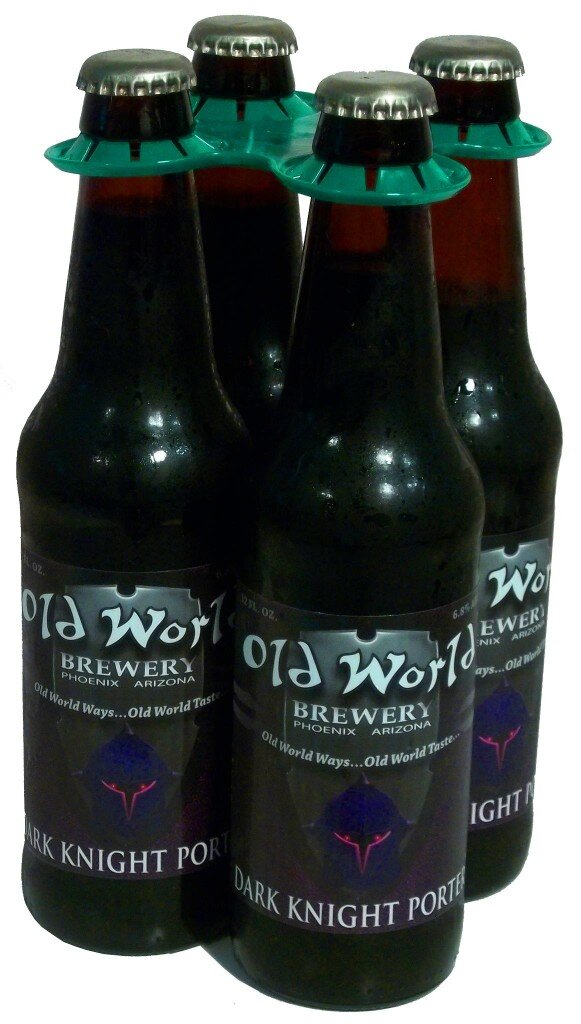 4 Leaf Irish Red "This has the same deal when poured: bubbles. In your mouth, the carbonation makes the beer expand like fire extinguisher foam. It almost burns your tongue. What causes this? Bacteria? It says on the bottle that this is made with Irish malts and Saaz hops, which is weird. Saaz is a Czech hop used mostly in pilsners, so it's an odd choice for this style. The beer smells tangy, almost infected. A touch buttery. A little cinnamon, some apple vinegar. There's not a whole lot of flavor -- it actually smells worse than it tastes. Wait . . . no. It's getting worse. Nearly tart and a little too bitter for the style."

Praying Monk (After reading the label, which advises drinkers to try something new, like climbing a rock) "Go climb a rock? How about you go fuck yourself? This supposedly combines spicy Belgian yeast with Apollo, Cascade, and Mt. Hood hops. It smells like bean sprouts, pepper and cardboard. A little licorice in the flavor, soapy and super-bitter. It's almost like a real beer up front, with semi-sweet honey. But then there's dish soap in the back. I'm praying that I don't have to drink this beer again."

Highlander Scotch Ale "Not much head at all here. It's the right color, anyway. Smells a little bit like feet, or the smell when you walk into a brewery. But like a spoiled version. It's sweet -- this could almost pass for a dark Belgian ale, like a dubbel or a quad. Major caramel and maple aromas. In the flavor: a little toast, lots of toffee, some brandy and sherry. Big alcohol. The best so far, though it may be mislabeled."

Dark Knight Porter "Purple-black, nearly no head. This smells like dark chocolate with blackberry syrup or black cherry cola. The front of the flavor is interesting -- bitter coffee and tangy dark fruit, with a hint of some lactic tang. Things smooth out at the swallow, with roast and vanilla, smooth and sweet. If not for the weird sourness, it would be a very decent porter. I almost finished the whole bottle. Definitely the best out of the five, it at least has characteristics that are found in a porter."

All told, she found it shocking that people paid money for these beers often enough for Old World to stay in operation. She just assumed that the owner kept in the black by continually funneling his own money into the business.

That owner is Patrick Fields, a person who while at the helm of one of Arizona's worst breweries is also unfortunately one of the most vocal. Through interviews with local media and barely-decipherable Facebook posts (an example: "the trend is local and don't let the distributors talk in their regional brands that are flat or decreasing in draft although they are still moving off retail shelves. LOCAL LOCAL LOCAL and they will come . . . OK and a Stone IPA" -- wut?) he complains about the amount of support Arizona drinkers give to breweries from out of state. According to Fields, his beer isn't selling well because local drinkers don't appreciate the beers made in their own neighborhoods.

If you were literally anywhere in the Valley during Arizona Beer Week, you'd know this view is patently false. Arizona's established local breweries are expanding at an astounding pace, and new ones seem to be popping up every week. In 2012, Four Peaks broke into the top 50 U.S. craft breweries by sales volume while distributing exclusively in-state -- a feat matched by only a handful of California and Texas breweries, which distribute to a much larger local populace. To think that Arizona craft beer bars and consumers aren't supporting their local brewers is ludicrous.

The real reason Fields is upset is that the craft beer scene in Arizona is taking off, and he's not getting a taste. We have some ridiculously good beer -- some GABF medal-winning beer. Locals will buy the beer made in their communities -- but not if it's mediocre. Gone are the days when a nice story about your dreams was enough to sell your beer. To succeed today, you have to make a good product. Homerism will only get you so far.