The Biggest Restaurant News of 2022: Events That Changed the Phoenix Food Scene Bergies, the backyard-style coffee shop, closed after 14 years. Lauren Cusimano
The Phoenix food scene is constantly evolving, with movers and shakers making waves, opening new restaurants, and winning awards. Over the past 12 months, two Arizona chefs received one of the highest honors in food, a few Phoenix institutions celebrated major milestones, and some longtime spots shocked customers with closing announcements. Here are the biggest stories in Phoenix food news of 2022. 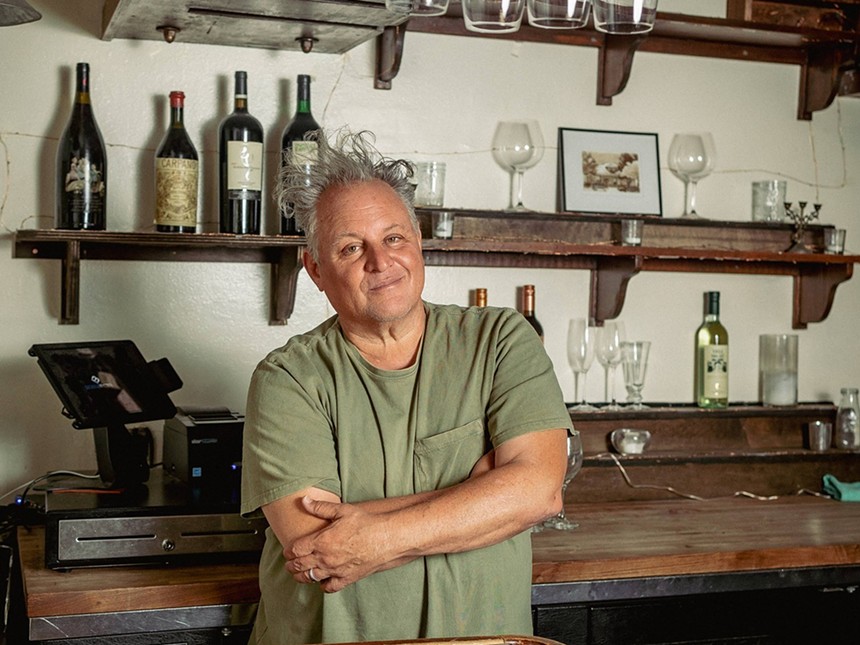 Pizza extraordinaire Chris Bianco.
Jacob Tyler Dunn
Two Arizona Chefs Won James Beard Awards
In Arizona, the names Don Guerra and Chris Bianco are celebrated, as these two chefs make the best bread in Tucson, and the best pizza in Phoenix, respectively. In 2022, the James Beard Foundation shone a national spotlight on our Arizona icons by honoring them with awards. Don Guerra brought home the title of Outstanding Baker and Chris Bianco won Outstanding Restaurateur, the second James Beard Award of his career.

Breakfast Bitch Moved
A restaurant shrouded in drama — its owner was facing up to 20 years in prison — closed its original Phoenix location, but not for reasons one might expect. Despite Tracii Show Hutsona's legal troubles, the restaurant reopened a few blocks away in a more prominent location in downtown Phoenix. The restaurant is now open and serving brunch in the Roosevelt Row space that previously held the Golden Margarita, a restaurant that closed after drama, and a resulting lawsuit, of its own.

Jose Jimenez Died
Jose Jimenez, a beloved father, grandfather, husband, and cook, died in November. He most recently worked at Little Miss BBQ and Cloth & Flame, a pop-up event company. While biking home one evening, he didn't make it back to his family. Phoenix Police found a body in the canal the following morning, and later identified it as Jimenez. The food community has rallied around his family, hosting a final concert event, naming menu items, and creating a craft beer in his honor. 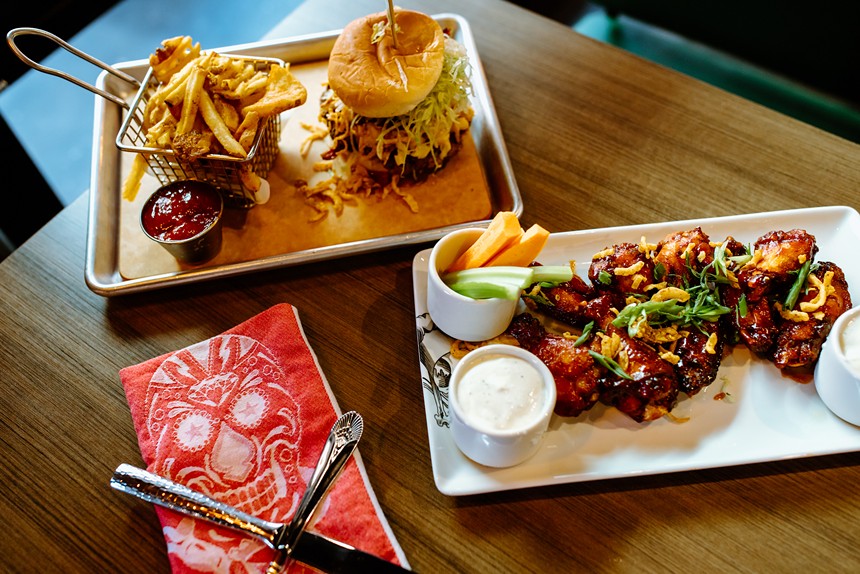 Phoenix Cafes Rallied After Roe
People across the nation reeled when the Supreme Court voted to overturn Roe V. Wade and the constitutional right to abortion. There were multiple rallies and protests in Phoenix, and a few Valley restaurants and cafes stepped up to help the community share their voices. Monsoon Market, Brick Road Coffee, and Tres Leches Cafe were among the businesses that became spaces where Arizonans could sign a petition to place the Right to Reproductive Freedom Initiative on the ballot.

The Breadfruit Came Back — Sort Of
The Breadfruit & Rum Bar was known for its cozy downtown Phoenix space, expert cocktails, and outstanding Jamaican food. When restaurants around the state closed due to COVID-19, The Breadfruit shut its doors. But as others reopened, the Valley favorite remained closed. That was until it found a new, albeit temporary, home. Customers can now get a taste of the old restaurant from inside Bitter & Twisted Cocktail Parlour. The restaurant is popping up inside the acclaimed cocktail bar to serve customers a pairing of Ross Simon's award-winning cocktails with jerk shrimp and sweet plantains.

A Cocktail Pro Fell From Grace
Tyka Chheng was a top name in the Valley cocktail scene. He was known for creating unique drinks and most recently, for putting his personality and heritage into Khla, a downtown Phoenix cocktail bar based around Southeast Asian culture and ingredients. But this year, he also became known for more nefarious reasons. A series of social media posts picked up steam and accused Chheng of sexually harassing women online. His business partners immediately cut him out of their ownership group.

Gypsy Cup brought European cafe vibes to Gilbert.
Gabby Ursinger
Gilbert Got Decidedly Less Caffeinated
The Gilbert Heritage District got a little less caffeinated late in 2022, as two of its local coffee shops closed. Bergies, a beloved indoor-outdoor space with a sprawling patio and garden, shuttered on Christmas Eve after 14 years of serving the community. A few blocks away, the new, cute cafe in town, Gypsy Cup, closed after just eight months in business.
KEEP PHOENIX NEW TIMES FREE... Since we started Phoenix New Times, it has been defined as the free, independent voice of Phoenix, and we'd like to keep it that way. With local media under siege, it's more important than ever for us to rally support behind funding our local journalism. You can help by participating in our "I Support" program, allowing us to keep offering readers access to our incisive coverage of local news, food and culture with no paywalls.
Make a one-time donation today for as little as $1.

Tirion Morris is the Food Editor at Phoenix New Times. Find her digging into all of the best restaurants and dishes in the Valley, from new spots to hidden gems. Food tip? Get in touch at [email protected]
Contact: Tirion Morris
Follow:
Twitter: @tirionmorris
Instagram: @tirionrose