You "Must" Try These Beer/Wine Hybrids 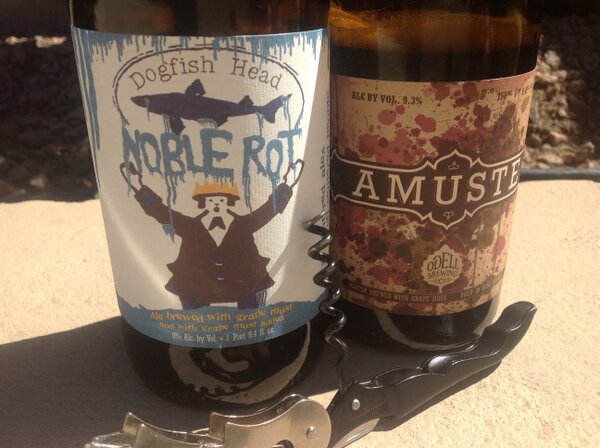 To look at it from afar, it would seem that the rivalry between beer drinkers and wine drinkers is as heated as the stink between, say, the Hatfields and the McCoys, or Duke and UNC. Oenophiles turn up their noses at the uncultured rubes chugging what they see as swill; beer-lovers snicker at the outrageous prices the wine snobs fork over for their bottles and make fake vomit sounds when they see them spitting into buckets.

Turns out, the battle lines aren't so solidly drawn.

There's an old saying in the wine industry: "It takes a lot of great beer to make great wine." At the end of a hot harvest day, vineyard workers don't reach for a glass of hearty red; they want beer, cold and refreshing. Similarly, brewers see no problem partnering with the enemy. Several beers that use the ingredients and showcase the flavors of wine have debuted in the past three months, and more are on the way (in the journalism world, we call that a trend). These beers combine grapes and grains in ways we all can agree on. 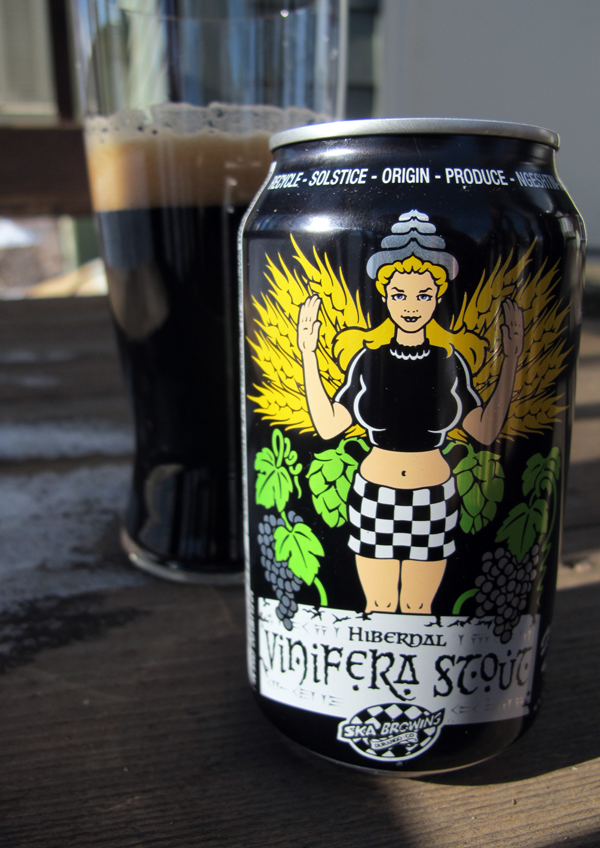 Ska Hibernal Vinifera The first of these barrier-breakers, Hibernal Vinifera, is one for the red wine lover: a fruity foreign export stout brewed with Malbec grapes and aged in oak. It's the second in Ska's seasonal stout series and was released Dec. 21, 2012, staying true to the series' solstice and equinox debut dates. Inside the can, which features Ska's True Blonde character dressed as the Sumerian goddess of grapes and the cold season, Ngeshtin-ana, the brew is rich -- notes of coffee and chocolate blend with savory red grape juice in a thick body.

Dogfish Head Noble Rot Dogfish Head is no stranger to wine/beer hybrids -- Midas Touch, part of the Ancient Ales series, uses Muscat grapes, and its regular release, Raison D'être, is brewed with green raisins. But Noble Rot, according to Dogfish owner Sam Calagione, is "the absolute closest to equal meshing of the wine world and the beer world that's ever been done commercially." The beer starts as a Saison -- a dry, spicy Belgian ale that's already fairly close to white wine in flavor -- then gains complexity from two additions of grape juice from fruit sourced out of Alexandria Nicole Cellars in Prosser, Washington.

First comes an injection of unfermented grape juice, also known as "must," from viognier grapes infected with a benevolent fungus called botrytis, a "noble rot" that reduces the water content in the grapes while magnifying their sweetness and complexity. The second addition makes use of pinot gris must intensified by a process called "dropping fruit," wherein large clusters of grapes are clipped from the vines. Much in the same way a person who's lost his sense of sight experiences better hearing, the vines adjust to their injury and the quality of the surviving grapes is greatly improved.

These two super-musts do great work in Noble Rot, adding sweet wine complexity to an already-complex brew. Grainy pilsner and wheat malts, as well as spicy Saison yeast show through, but so does the subtle tartness of green grapes. Find a bottle, which premiered in January 2012, and give it to a lover of Chardonnay.

Odell Amuste As wort is the building block of beer, so is must to wine. But there's no rule that says you can't combine the two. The product of a two-year project led by Odell's QA/QC manager, Eli Kolodny, Amuste is a robust imperial porter and accented with juice from Tempranillo grapes grown on the Western Slope of Colorado. The brew was then aged in red wine barrels to pick up the oaky flavors of a finished wine.

Bring a corkscrew with you when you open a bottle -- the brewers made this thing as difficult to open as a regular bottle of wine. Once you get in, though, the beer is exquisite. Chocolate hits the nostrils first, dark and rich. Smoked pork is immediately below that, and then the interesting stuff hits: anise, vanilla, toasted almond, a hint of deep purple grapes. The hearty, complex aroma carries into the flavor, where there's more showing from the red grapes and spices -- the anise is big, the chocolate is sweeter, the oak is smokier. It's a meal in a glass that's not for for drinking with dinner, like wine, but for drinking instead of dinner.

Dogfish Head Sixty-One As is true of many Dogfish brews, Sixty-One was born from the whim of Sam Calagione, who, after ordering a round of 60 Minute IPA for his buddies, decided also to buy a glass of his favorite red wine and pour a little in each pint. Everybody dug the combo, and so the mixture was replicated in Sixty-One, which takes a base of 60 Minute IPA and adds Californian Syrah grape must. Sixty-One hasn't hit shelves yet, but when it does in March, the beer will become Dogfish Head's first new core beer since 2007. See? Beer and wine can get along.