1 of 34
Phoenix loves Social Distortion, and the band loves Phoenix, including not one but two stops at The Marquee Theatre on their most recent tour. Last night was business as usual: The band played a packed venue, to a sea of drunk burly guys and tiny girls trying to fight their way to the front as if their lives depended on it. Lost in the sea of circle pits and crowd surfers were a few young children whose parents were brave or foolish enough to bring them along. Read the full Social Distortion review. PHOTOS BY MARIA VASSETT. 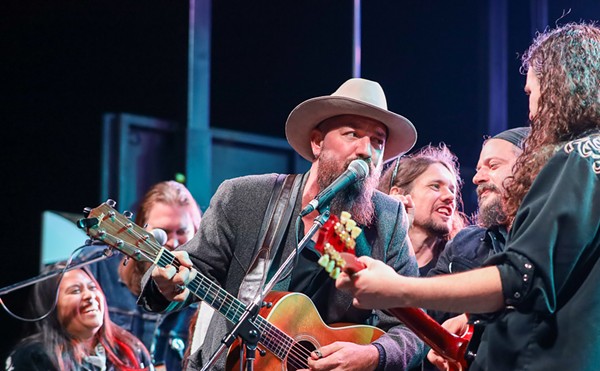