Best of Phoenix 2020: An Arizona Healer at Home in the Mystic 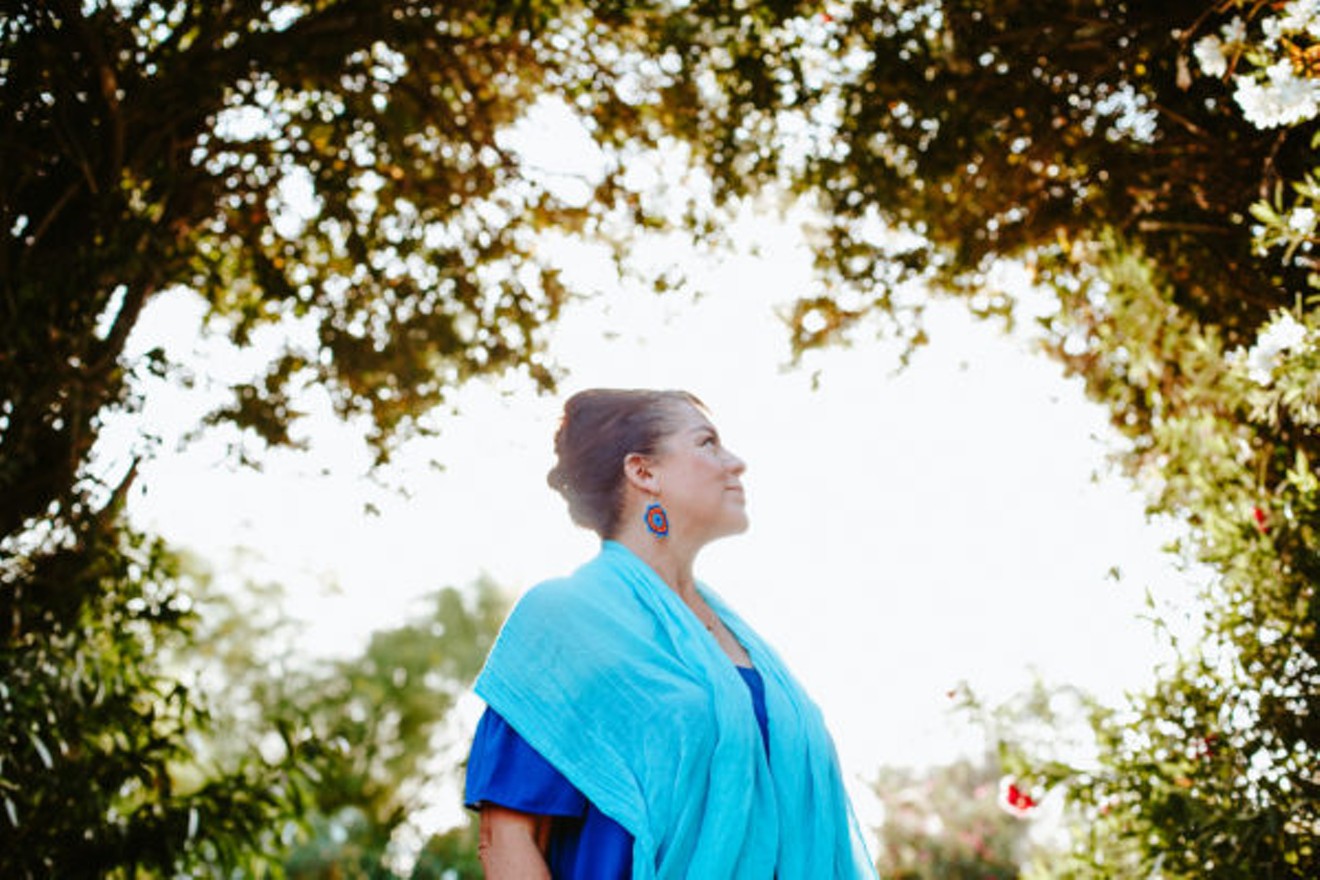 
Every morning, Patricia Federico goes outside and faces the east.

“I visualize myself as a tree, my feet like roots going into the earth,” she says. “Then, I open my palms to the sky and receive the energy of the sun. This makes me vibrationally strong and able to walk in both worlds.”

In one world, she’s a woman and a native Arizonan; in the other, she’s a curandera — although she doesn’t run around saying so.

“Usually, I just say I’m a wellness practitioner and a mystic,” Federico explains. “A curandera has to have permission from the community to use that word. You can call me that, but I can’t without your consent.”

Federico says she weaves ancient healing arts into her work as a state-certified massage therapist, a job she’s held for nearly 30 years, working from her home or in the homes of her clients around metro Phoenix. “It’s about channeling energies while I’m working with a client. I’m using old-school holistic remedies to relieve stress. I don’t talk about a lot of the techniques because people think it’s woo-woo stuff.”

She comes by the woo-woo naturally, having grown up next door to an aunt who was a healer of children. “If you had a baby with sunken eyes who couldn’t drink milk, you brought it to my tia’s little adobe house,” she says. “She would lift the bad energy from the baby’s crown chakra.”

When she was 6, Federico moved to the other side of town. Her new friends thought she was weird. “I’d say my aunt was a healer and they were like, ‘What?’ I stopped talking about it, but I would practice in private.”

Federico has always been intuitive, she reports, with the ability to perceive beyond the five physical senses. Growing up, she saw spirits; random images appeared before her. “To me, it was natural,” she says. “I thought everyone could see and feel that. But when I discussed it with others, they were scared.”

She gets it. A vision Federico had in 1994 terrified her and changed her life. “My son was 19 years old and I had a vision that he was going to be shot,” she recalls. “I saw the person who was going to do it, the street it would happen on. It really frightened me.”

Two weeks later, her son was shot and injured at a warehouse rave. “He started believing in my visions after that,” Federico says. So, she admits, did she. She left her job in corporate America and began focusing on her natural talents. Her clients are individuals in search of emotional or physical healing, or sometimes a local company that wants bad energy chased out of its offices.

“I didn’t wake up one day and say, ‘Oh I think I’m going to be a healer,’” Federico says. “Being a healer, it’s called el don, which means ‘the gift.’ And I have learned to graciously accept it.”
KEEP PHOENIX NEW TIMES FREE... Since we started Phoenix New Times, it has been defined as the free, independent voice of Phoenix, and we'd like to keep it that way. With local media under siege, it's more important than ever for us to rally support behind funding our local journalism. You can help by participating in our "I Support" program, allowing us to keep offering readers access to our incisive coverage of local news, food and culture with no paywalls.
Make a one-time donation today for as little as $1.