Louis Farber of the The Santaland Diaries. Laura Durant
In case you forgot, the holiday are pretty much here. Which means it's time for The Santaland Diaries, the Christmas edition of Bar Flies, and a holiday lights tour. For more things to do, visit Phoenix New Times' calendar.

The Santaland Diaries
One of satirist David Sedaris’ greatest literary hits is The Santaland Diaries, an essay that dryly documented his time working as a holiday elf inside Macy’s. It’s been adapted for the stage by Joe Mantello, bringing visual flair to a tale that has been told sonically on NPR and in prose for 25 years.

At its heart, the story explores the complexities that come with Christmas. Toby Yatso, the director of Phoenix Theatre’s Santaland production, explains why Sedaris’ work endures:

“Even though the holidays can mean merriment, joy, community, reverence, happy memories, and an abundance of love and celebration for many, for others it can mean stress, frustration, stinging nostalgia, unmet expectations, crippling loneliness, and exhaustion.” It's basically adult story time.
Alexandra Gaspar
Bar Flies
Whether it’s stuffing your face with leftovers while lounging on the couch in pajamas or meeting up with friends for a catch-up brunch, the holidays are food-centric. Phoenix New Times’ monthly reading series, Bar Flies, gets into the seasonal spirit with its annual Eating Christmas edition. Hear storytellers Melissa Campana, Melissa Dunmore, Katie Johnson, Kent Nicholas, and Sarah Ventre share personal accounts of holiday experiences with food at the core. Kevin Vaughn-Brubaker will provide the tunes.

Stories start at 7 p.m. on Thursday, December 14, at Valley Bar, 130 North Central Avenue. Tickets to the 21-and-over event are $5. Bring canned food items to donate and you might win a pair of tickets to the Tacolandia festival in January. Visit the Valley Bar website for details. Amy Young 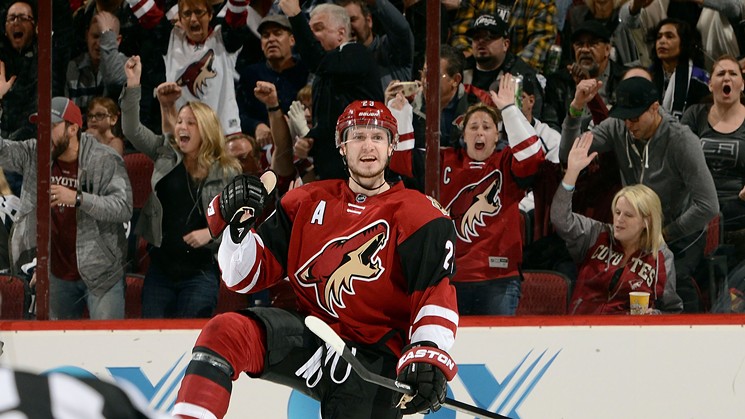 Get the puck to Gila River Arena.
Ticketmaster
Arizona Coyotes v. Tampa Bay Lightning
“Power Rankings” are the sportswriter’s ultimate clickbait: effective, yet ultimately meaningless. Turns out, avid sports fans find the inconsequential placement of their favorite team on someone’s arbitrary list far too enticing to resist. That is, unless your team isn’t moving.

Not that anyone is caught unaware, but the Arizona Coyotes are pretty much a permanent fixture at the bottom of every NHL power ranking in the nation, which — silver lining — gives fans one less time-waster to scroll through. Nevertheless, catching the Yotes (who are awful on paper but show promise on the ice) in action is hardly a waste of time. Arizona hosts the Tampa Bay Lightning at Glendale’s Gila River Arena, 9400 West Maryland Avenue, at 7 p.m. on Thursday, December 14. Tickets are $13 and up. Visit the Coyotes website or call 623-772-3800 for details. Rob Kroehler 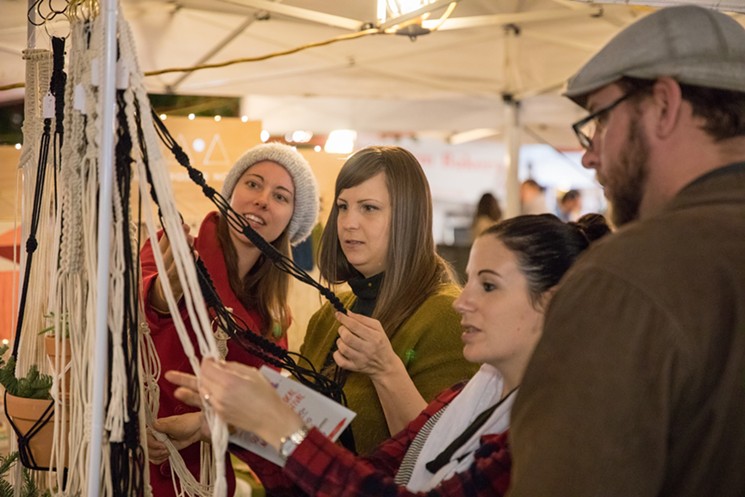 Phoestivus is a local celebration of the parody holiday Festivus.
Slaven Gujik
Phoestivus
When holiday shopping and traffic become draining, a place to air your grievances is pretty crucial. Enter Festivus, the nontraditional “holiday” made popular by the TV show Seinfeld. The Phoenix Public Market hosts an annual version of the celebration. Phoestivus commemorates the occasion with a Hipster Santa, baby goats dressed as reindeer, an airing of grievances, a yeti sighting, comical holiday stories from local storytellers, a feats of strength challenge, and a giant Phoestivus pole.

More than 130 food and craft vendors will sell locally made products, and 15 food trucks and stands will serve up tamales, burritos, and empanadas. The celebration takes place from 5 to 10 p.m. on two Thursdays, December 14 and 21, at 721 North Central Avenue. For more information, visit the Phoestivus website. Laura Latzko 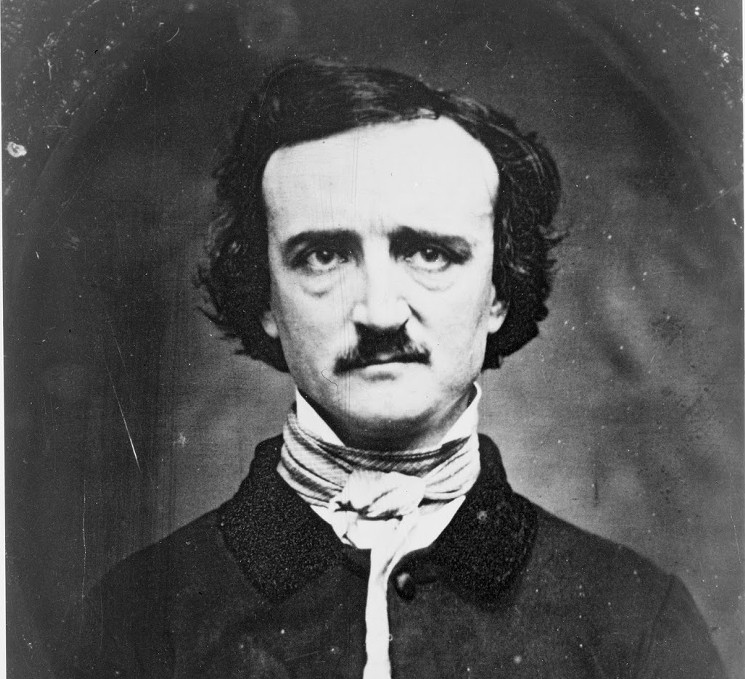 Not a bad photo considering the subject had just overdosed on laudanum and was a year away from death. 168 years later, he appears in Poe-ssessed!.
PD-US
Poe-ssessed!
When you’re a failure as a novelist and you’re also bad at murdering, you’re not going to be in an episode of Columbo. But you are likely to be a character in Poe-ssessed!, a brand-new play by Ron Peer. Sure, it sounds super-sweet to have Edgar Allan Poe return from the dead to collaborate with you, but for Eric, it’s nothing but problems.

Now & Then Creative Company takes its name from a two-pronged commitment to both development of new works and appreciation of classics (recently, Medea). The company presents a reading of Peer’s script at 7:30 p.m. on Friday, December 15, on the Metro Arts Institute campus at 1700 North Seventh Avenue, #100. Admission is $10. Visit the Now & Then Creative Company website, or call 908-616-7211 for more details. Julie Peterson

Bauer and Potter will help attendees create T-shirts using what Bauer calls a “quick simple processes of assemblage with found text and shapes.” Compelling texts, shapes, and color infuse each artist’s work, so be sure to explore it while you’re there. The exhibition and workshop are free. Cocktails will be available for purchase. Visit the city of Tempe website. Lynn Trimble

Christmas Lights Tour
In neighborhoods all over the Valley, houses have been bedazzled for the holidays. You probably want to see them, but let’s face it, that’s not so easy to take it all in when you’re behind the wheel. Join the Christmas Lights Tour, hosted by local history buff Marshall Shore, for a fun group outing to see these lit houses.

Shore gives us the rundown: “We’ll board a big yellow school bus to embark on an adventure that includes some of the best Christmas light displays in Arizona.” He notes that there’s also trivia and a goodie bag that has a kazoo or instrument so that you can participate in caroling. “Even if you don’t want to sing, you can use your instrument to hum along.”

This tour will run from 7 to 10 p.m. on Friday, December 15, starting and ending at the Clarendon Hotel and Spa, 401 West Clarendon Avenue. Admission is $30. Visit the Facebook event page. Amy Young 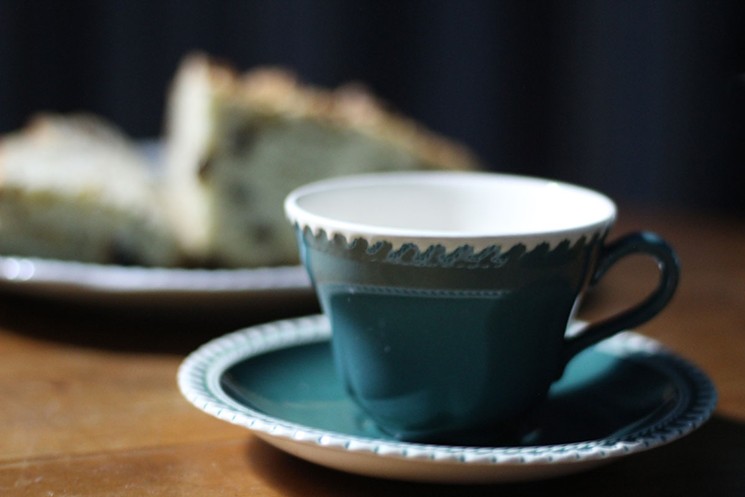 Make like a tea and leaf at Irish Celebration of Tea.
Courtesy of Irish Cultural Center
Irish Celebration of Tea
Caffeine entered Western culture when newly invented clocks and schedules torpedoed the practice of drinking beer all day because the water was bad. The stimulating beverages merit endless study. Start at Irish Celebration of Tea on the third Saturday of each month (except for a couple in the depth of summer). Tea and soda bread are served; much history, etiquette, and technique are imparted; and you’ll break that habit of calling a repast “high tea” when it isn’t. 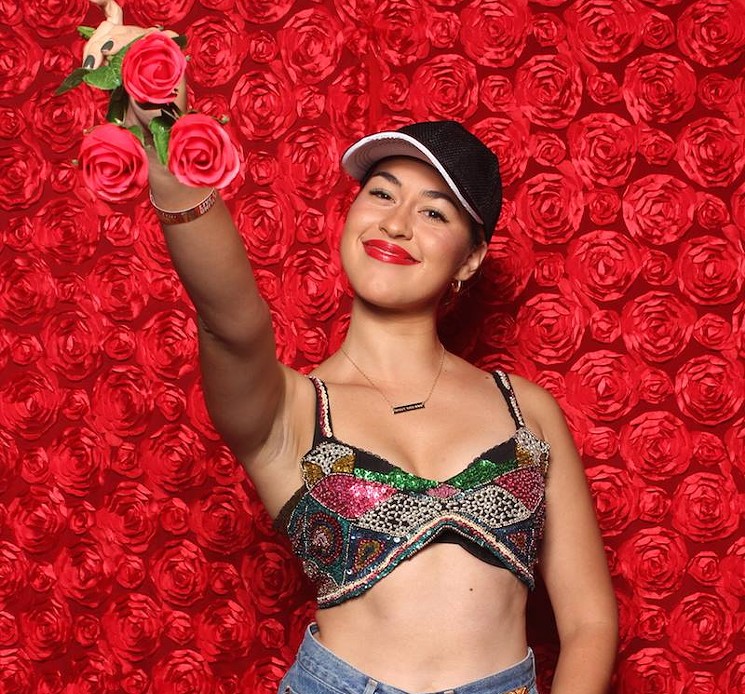 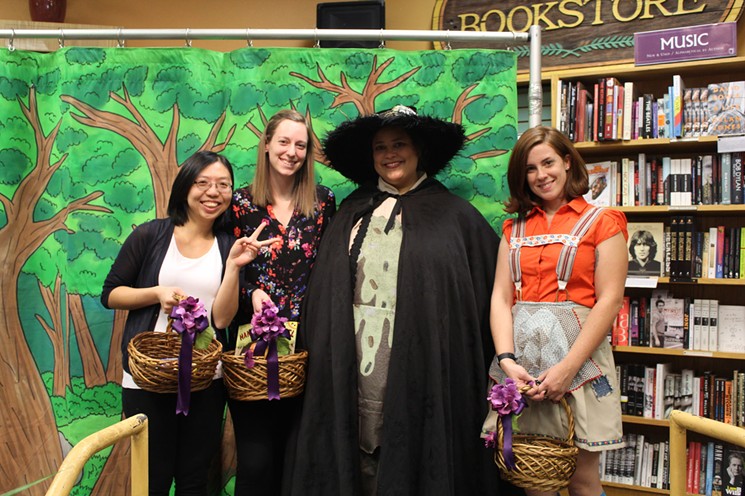 Don't forget the breadcrumbs.
Arizona Opera
Hansel and Gretel
Arizona Opera brings some family fun to Phoenix with a performance of Engelbert Humperdinck’s Hansel and Gretel. Based on the classic Brothers Grimm fairy tale, this stage production follows the two siblings whose legendary love of sweets lures them to a witch who wants them to stay for (and become) dinner.

But concerned parents shouldn’t be worried about the opera’s dark plot, as it’s been adapted for a young audience. When the lights go up, attendees can partake in games and the building of gingerbread houses.

The kids will be all right at 11 a.m. on Saturday, December 16, at Arizona Opera, 1636 North Central Avenue. Admission’s free. For more information, visit the Arizona Opera website. Jason Keil