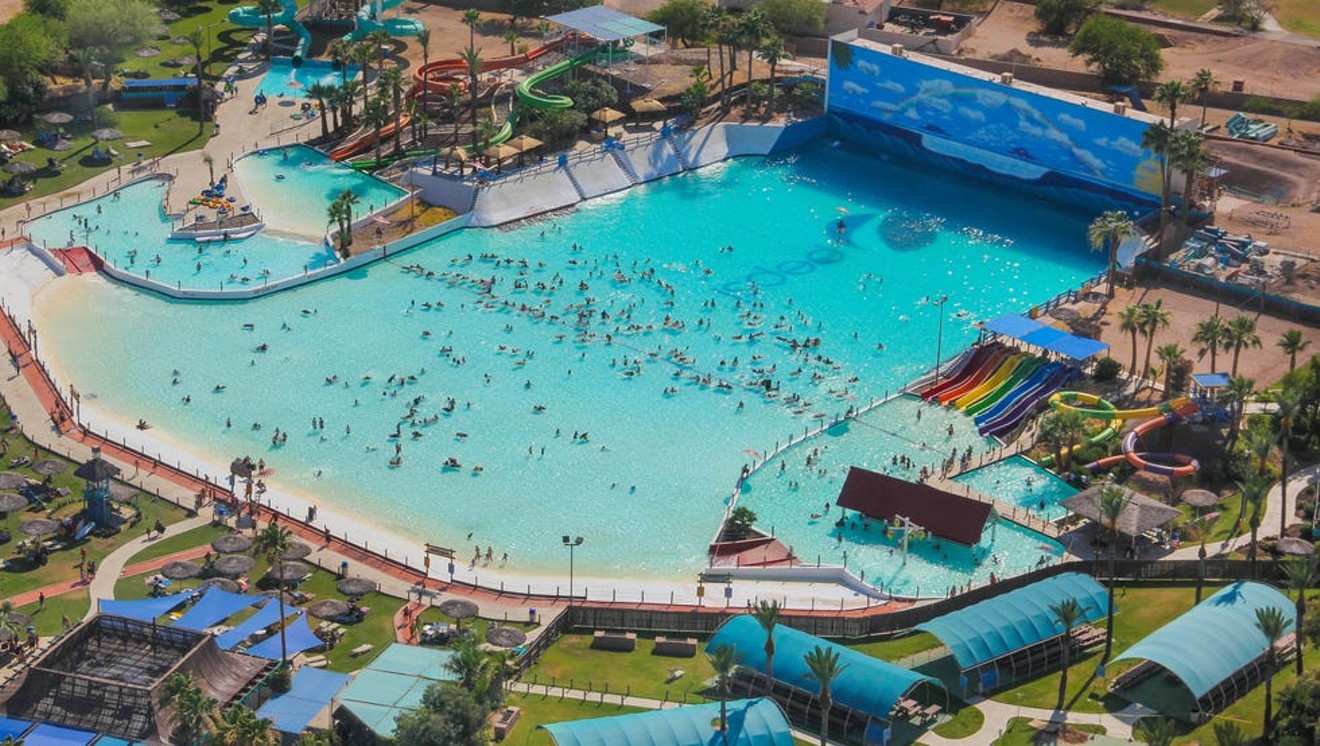 An aerial view of Big Surf in Tempe when it was open and operating. Big Surf's Facebook
Big Surf Waterpark in Tempe has a new owner, but any hopes of the iconic local attraction ever reopening to the public look like they’re drying up.

According to Maricopa County records, the 35.5-acre site that’s hosted Big Surf for the past five decades has been sold to Souther California-based real estate developer Overton Moore Properties by its previous owner, Texas-based company Inland Oceans, for more than $49 million.

The property, which is located on McClintock Drive in Tempe north of the Loop 202 freeway, also includes the neighboring Oceanside Ice Arena.

Big Surf Waterpark, which first opened in 1969 and featured the first wave pool in the U.S., was a celebrated summertime destination for Valley residents for decades. It was last open to the public in 2019 and had been closed the past two summers because of the COVID-19 pandemic.

As Phoenix New Times first reported in February, Inland Oceans had put the property up for sale and auctioned off all of the water park’s assets. The entrance to Big Surf Waterpark in Tempe.
Benjamin Leatherman
According to a statement from Velocity Retail Group, the local real estate agency that helped broker the deal, Inland Oceans reportedly received more than 30 offers ranging from $30 to $50 million for the property.

Overton Moore Properties hasn’t responded to a request for comment by New Times on their future plans for the property. The company is described as having “an extensive background in developing quality industrial projects throughout the southwest.” OMP’s website touts the company’s track record with such projects as industrial parks, storage facilities, and warehouses.

In other words, you probably shouldn’t expect Big Surf’s property to ever function as a water park ever again.
KEEP PHOENIX NEW TIMES FREE... Since we started Phoenix New Times, it has been defined as the free, independent voice of Phoenix, and we'd like to keep it that way. With local media under siege, it's more important than ever for us to rally support behind funding our local journalism. You can help by participating in our "I Support" program, allowing us to keep offering readers access to our incisive coverage of local news, food and culture with no paywalls.
Make a one-time donation today for as little as $1.