Bill Lewis Wants to Keep Safford Theatre on the Map 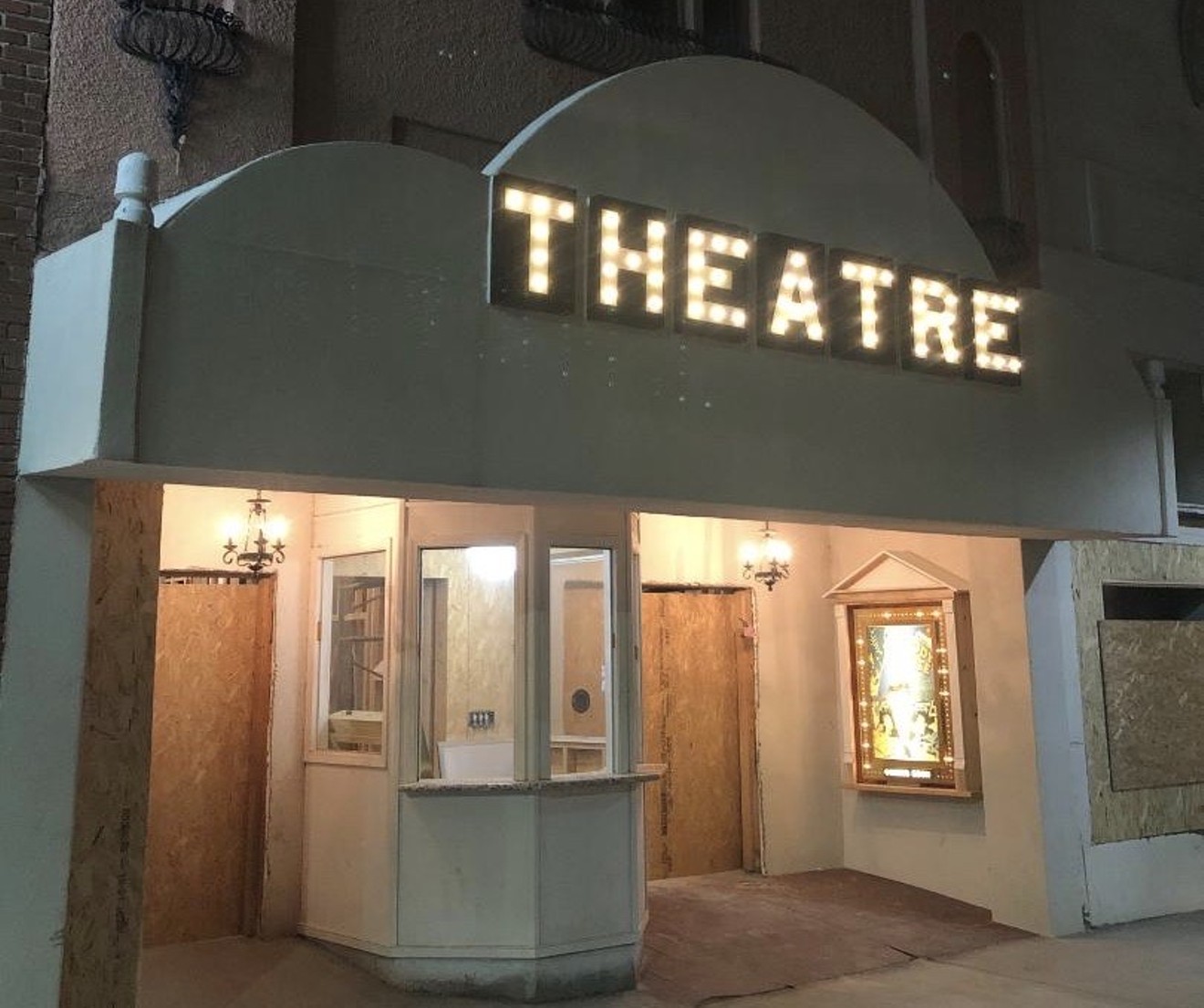 The Safford Theatre is getting ready for its closeup. Danny Smith
Bill Lewis likes to think about how Safford, Arizona, may have been the inspiration for the layout of Disneyland.

“Walt Disney used to come here to premiere his cartoons at the Safford Theatre,” said Lewis, an annuities and investments agent. “And the story goes that one time he looked down our main street and he said to somebody, ‘Hey, this looks like what I want to do when I build Disneyland.’ He liked the long, old-fashioned street that ended at the courthouse.”

“Roy Clark used to come here and perform at the Matador,” he said of the town where he’s lived his whole life and where, for the past 14 years, he’s spearheaded the restoration of the theater Walt Disney often visited.

He wanted to save and restore the theater because it represents something bigger than just another fancy old historic building, Lewis said recently. “That theater represents the history of our life here in Safford. It’s who we are and how we grew up and what that means to us. This was a wonderful place to grow up.”

The theater sat empty and in ruins until a partnership between the Gila Valley Historic Preservation Committee and Safford’s own Downtown Association joined forces in 2017, with plans to refurbish the theater. The Safford had screened its last film in 1975, and closed for good in the 1980s, after a fire destroyed much of the interior.

Built in 1911 as an open-air venue, the theater was renovated only a few months later into a traditional enclosed playhouse. “They put a roof on it and remodeled the inside. It was the only theater in Safford,” Lewis explained. “Louie Long bought it in the 1920s, and he had it after that. He was famous for owning radio stations and movie theaters all over the state of Arizona.”

Saffordites David and Susan Duros bought the once-grand movie house several years ago, with the intention of tearing it down. But once they ripped down the newish facade and found the intricate plasterwork of the original playhouse underneath, they folded. “After that, they knew they couldn’t tear it down,” Lewis said. “They donated it to Gila Valley Historic Preservation.”

Lewis, then a member of the Gila Valley organization, got busy putting together a restoration committee. He had his reasons.

“I used to go there with my grandmother. Everybody went to that theater. It cost 10 cents to go to the show back in those days. I grew up here, I was born here, and I like history.”

He raised restoration funds by selling theater courtyard bricks for $50 each, and a United Way grant for $84,000 helped move things along. Next up, Lewis hired an attorney to resolve the dozen different liens against the theater, then commenced restoration with a fancy new marquee out front.

“That’s when we found out that even in a small town, you don’t just go ahead and do things. We put the marquee up and about three hours later someone from the city turned up and said, ‘You can’t do that without a permit. Take it down.’”

Lewis, who hasn’t done a restoration project before, said his colleagues in the renovation are attempting to restore the theater as close to period-correct as possible. He and his fellow restorationists hunted down antique scrollwork, banisters, and lighting fixtures from places as far away as the U.K. and Australia.

The newly renovated space will offer an outdoor theater for live performances, a movie screen, a courtyard, and an indoor performance stage. Out front, there’ll be a ticket booth, a concession stand, and renovated restrooms.

The project is important to him and to Safford. “Like they say, you should leave the world a better place,” he explained. “If you can point to a beautiful old building and tell your kids a few of the stories you went through there, that’s a good thing.”
KEEP PHOENIX NEW TIMES FREE... Since we started Phoenix New Times, it has been defined as the free, independent voice of Phoenix, and we'd like to keep it that way. With local media under siege, it's more important than ever for us to rally support behind funding our local journalism. You can help by participating in our "I Support" program, allowing us to keep offering readers access to our incisive coverage of local news, food and culture with no paywalls.
Make a one-time donation today for as little as $1.