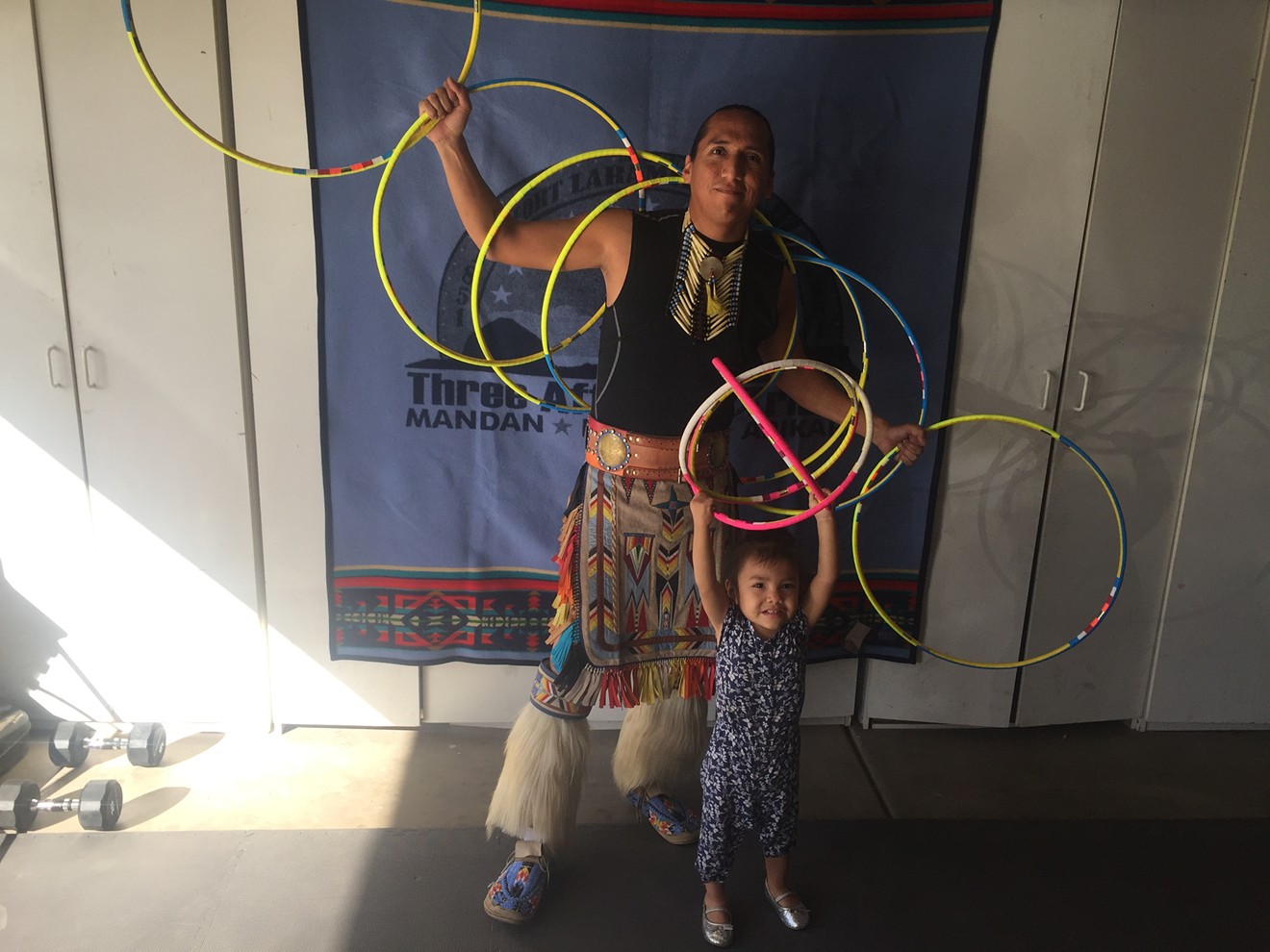 Tony Duncan with his youngest daughter, Mia. Tanner Stechnij
The 2018 Hoop Dance World Champion will be crowned on February 11, and Tony Duncan has his eye on the top prize.

Duncan hopes to bring home his sixth championship win. But, winning isn’t everything for Duncan, a San Carlos Apache and Hidatsa Native American. For he and his wife, Violet, hoop dancing is a familial event, passed down from their parents and then to their four kids.

“I’ve been dancing since I was 5,” he says. “I grew up with it — my dad was a hoop dancer. I started hoop dancing because my father taught me the significance of the circle. The circle represents life.”

Hoop dance is an individual social dance that originated as a form of healing. Today, it’s used to showcase Native heritage and entertain audiences across the world. Duncan helped bring the artform into the public consciousness when he appeared in the 2012 music video for Nelly Furtado’s “Big Hoops (The Bigger the Better).” That summer, Duncan performed with Furtado throughout Europe and Asia.

“I’ve had the opportunity to perform at many different places. I’ve gotten to dance in Paris, the island of Malta, Tokyo, the Philippines," Duncan says. "I was lucky enough that the year I won, Nelly Furtado saw me on YouTube. Her manager called me and asked if I wanted to be in her next video. So, she asked me to go and film with my wife and brother in L.A. Then, we got to do hoop dancing at the Billboard Music Awards and The Tonight Show with Jay Leno.”


Hoop dancers use as few as one hoop and as many as 50. The dance is largely free-form, and there aren’t many restrictions. Dancers can compete and perform with traditional hoops made of willow wood, or decorated PVC pipe, like the Duncan family.

Besides entertainment, the dance is a way to pay homage to the earthly things that are significant to Native cultures. Duncan says he hoop dances to show his appreciation and respect for all life.

Dancers generally make their own hoops, using different colors that have personal meanings to each individual. The regalia that the hoop dancers wear features different designs that relate back to tribal stories. Duncan’s performance vest is largely a shade of blue, closest to periwinkle. 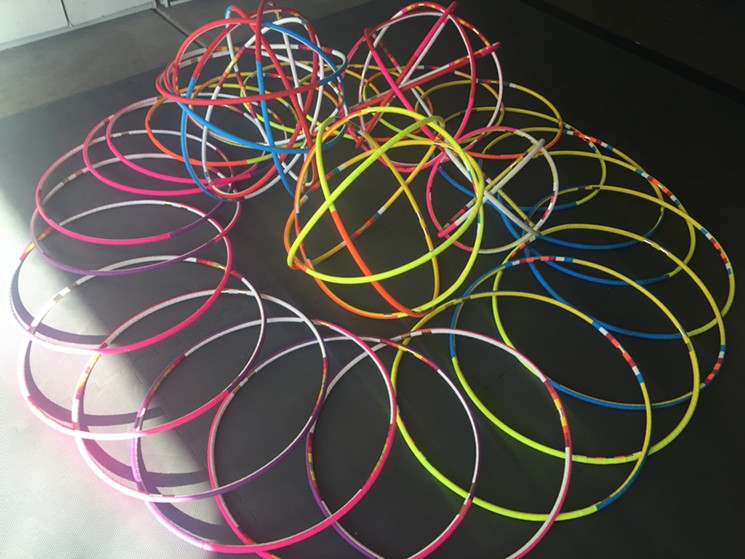 Tony makes all of his kids' hoops using PVC pipe and electrical tape.
Tanner Stechnij
“I use a blue that’s an exact hue of a turquoise-bluish protection stone I was given when I was about 10 years old,” he says. “I went through a ceremony with that stone and then I was given a small eagle plume. I’ve carried that stone throughout my life for protection, so I wanted that to be the color of my vest.”

The weekend-long contest is important to Duncan and his family. The only time he has missed the competition in his adult life was two years ago, when he was playing flute — another of his passions — with Furtado at an NBA All-Star game in Toronto.


The World Championship is split into five divisions — tiny tots (5 and younger), youth (6 to 12 years old), teen (13 to 17), adult (18 to 39), and senior (40 and up). Contestants are judged by a panel of five who give out points based on precision, timing/rhythm, showmanship, creativity, and speed.

“In hoop dancing, there is no one to block,” Duncan says. “It's not like a sport where there is someone else you can serve the ball to. You’re just on your own. They call your name, you walk out there, and you just dance against yourself. You dance against how you did last year. You try to get a little bit better.”

The World Championship Hoop Dance Contest takes place at the Heard Museum on February 10 and 11. Contestants will compete up to three times in preliminary, semifinals and finals contests. Gates open at 8:45 a.m. each morning and tickets are $18 for adults or $30 for a two-day pass. For more information, to purchase tour tickets, and to view children, American Indian, and senior ticket prices, visit the Heard Museum website.