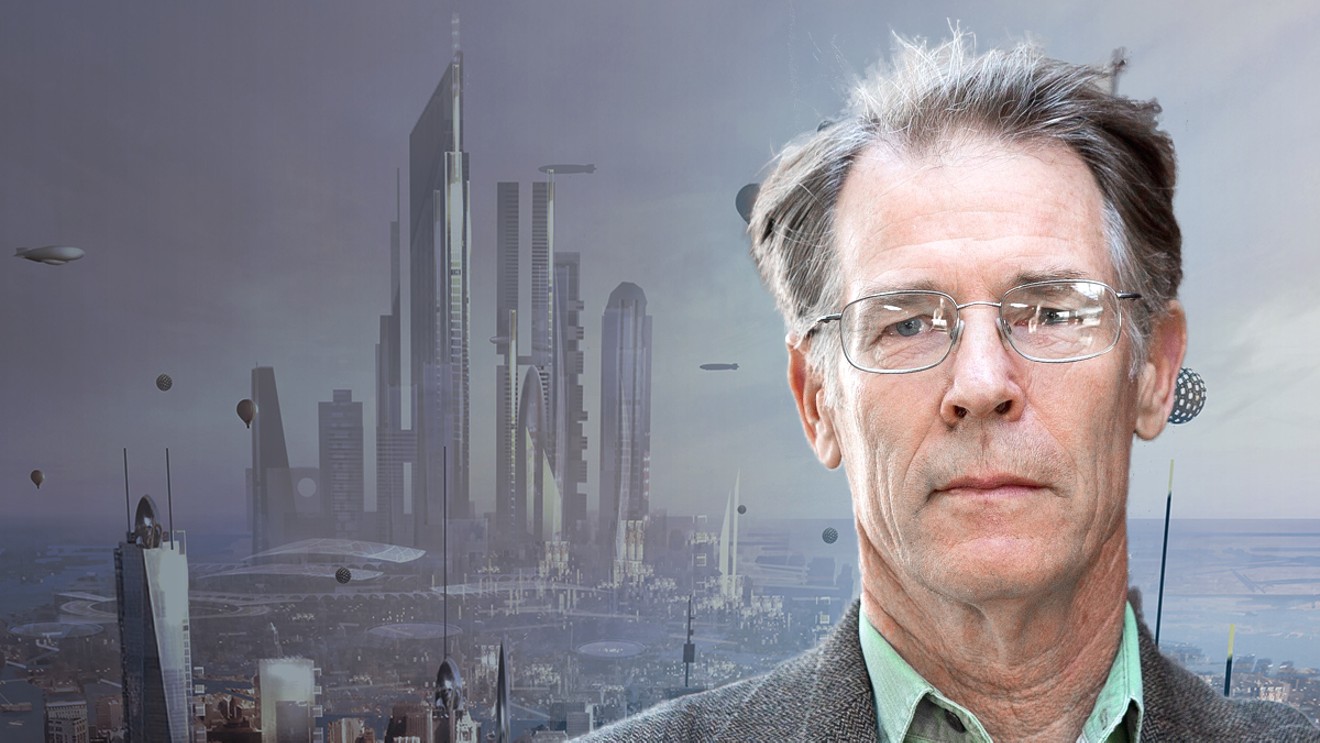 Born in 1952, Robinson recalls growing up in Orange County, California. That was decades ago, before developers tore down groves of lemons, oranges, and avocados to make what Robinson calls "a concrete nightmare."

Back then, Robinson experienced future shock. But he didn't stumble onto his beloved genre until college, when he realized that "science fiction is the best description of the now." It still is, he says. And he has more than 20 books to show for it.

He's best-known for writing the Mars Trilogy, published during the 1990s. His latest novel, New York 2140, imagines life in a future New York City, after climate change leads to a 50-foot rise in sea levels. And that's not the half of it.

For Robinson, science fiction is inextricably bound with history and politics. His work is infused with scientific facts, shared to enlighten as well as entertain.

Cover for New York 2140, the latest novel from Kim Stanley Robinson.
Courtesy of ASU Piper Center
He'll make the case for science fiction — and climate science — during a free presentation at Phoenix Art Museum on Wednesday, September 20. It's called "The Comedy of Coping: Alarm and Resolve in Climate Fiction."

Never fear if you're not a science fiction buff. An interest in contemporary American society is all you need to appreciate Robinson's work.

For New York 2140, the author explores the role of finance and corporate greed in climate change. Although it's set in New York City, the novel addresses themes that resonate with communities ranging from local to global.

"The end of New York 2140 is a political fantasy," Robinson says. "It's a blue print for action."

Despite the dystopian nature of his writing, Robinson says there's plenty people can do to stem the tide.

Here are a few of his suggestions: Volunteer your time to causes you care about. Vote, don't stop there. Work for justice in your own community. Support the free press.

It's a list we've all heard time and time again. But there's something different about the way Robinson delivers it.

"We get so many messages but we don't have any idea of the underlying story," he says. "I'm a good storyteller."

"The Comedy of Coping: Alarm and Resolve in Climate Fiction" happens at 7 p.m. on Wednesday, September 20, at Phoenix Art Museum. Get details, and reservations, on the Piper Center website.