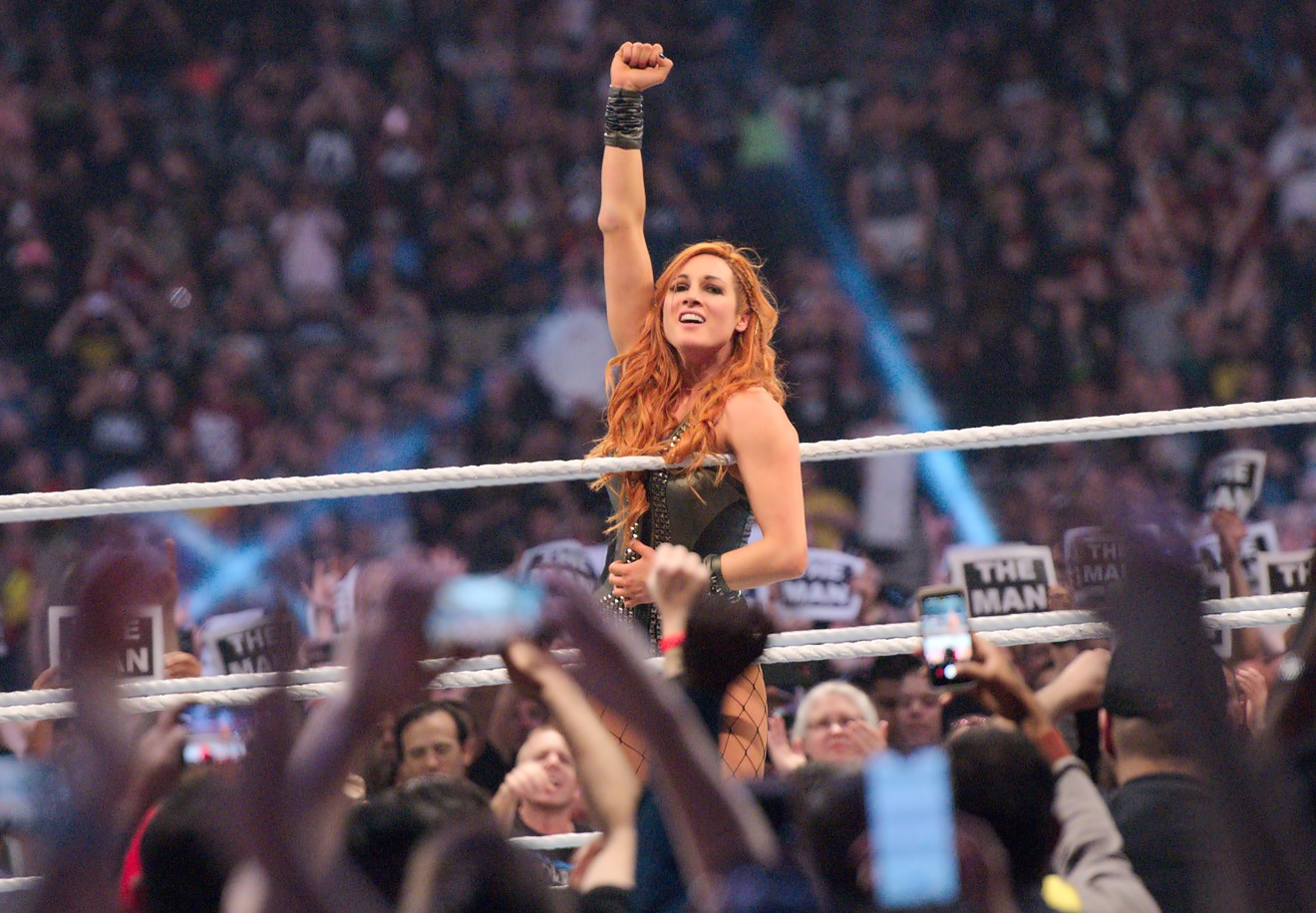 Becky Lynch will return to the Valley with the rest of the WWE in September. Benjamin Leatherman
The WWE is headed our way again, and this time it's bringing its flagship television show to downtown Phoenix.

The company has announced that WWE Raw, its long-running weekly program on the USA Network, will be coming to Talking Stick Resort Arena on Monday, September 30.

It’s the second time that an episode of the show has been broadcast from the arena this year, as WWE Raw took place at the arena in January the night after Royal Rumble 2019 (which happened at Chase Field).

The WWE also announced that the two main event matches for the episode will feature some of WWE’s most popular wrestlers.

The first will involve a three-way fight (or “triple threat” match in wrestling parlance) between Becky Lynch, Alexa Bliss, and Natalya for the Raw Women’s Championship. The second match will be a six-man tag team contest pitting Seth Rollins, Braun Strowman, and Ricochet against AJ Styles, Luke Gallows, and Karl Anderson.

Tickets go officially go on sale to the general public at 10 a.m. on Friday, August 2, via Ticketmaster. According to the Talking Stick Resort Arena website, prices start at $20 per ticket (plus applicable fees and service charges).

If you’d like to get first crack at getting the best seats in the house, we’ve got some info on one of the ticket presales happening. Local WWE fans can hit up Ticketmaster starting at 10 a.m. today, Wednesday, July 31, via this link and use the codes WWEDTL or WWEFAN to purchase admission. The codes can be used up until Thursday, August 1, at 10 p.m. MST.

Get those credit cards ready, WWE fans.
KEEP PHOENIX NEW TIMES FREE... Since we started Phoenix New Times, it has been defined as the free, independent voice of Phoenix, and we'd like to keep it that way. With local media under siege, it's more important than ever for us to rally support behind funding our local journalism. You can help by participating in our "I Support" program, allowing us to keep offering readers access to our incisive coverage of local news, food and culture with no paywalls.
Make a one-time donation today for as little as $1.