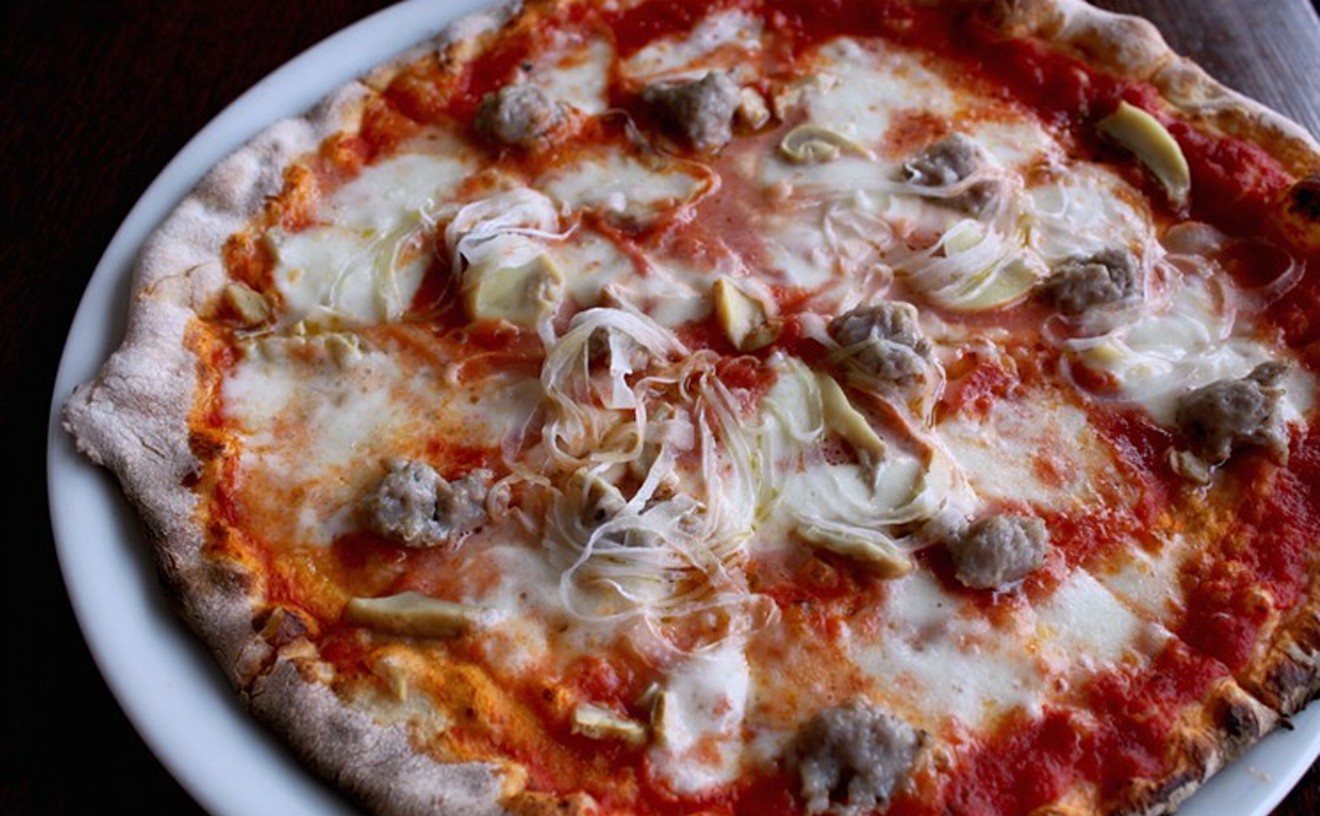 Italian-born owners Roberto Dadone and Luca Dagliano and Cuban native Mili Fernandez make up the trio behind Forno 301 Pizzeria, a lively restaurant that's brought European flair to downtown Phoenix. Both Dadone and Dagliano bring decades of restaurant experience from Italy — but it's the pair's dedication to doing things the traditional way that makes the restaurant stand out. Forno 301's wood-fired pizzas are made with fresh mozzarella and flour from Naples, but they're by no means the only things on the menu worth trying. The bruschetta and salads showcase beautiful, fresh ingredients and want nothing more than to be washed down by a cold Italian beer or glass of $6 house wine. Still, what seals the deal is the owners' over-the-top hospitality. Welcoming but not fussy, casual but not indifferent, Dadone and Dagliano more than live up to the Italian reputation for gracious hospitality.

From humble beginnings in central California, chef Silvana Salcido Esparza has risen to become the reigning queen of Mexican food in metro Phoenix. Her original restaurant, Barrio Cafe, is nothing short of a local landmark and has drastically transformed the popular perception of Mexican food since opening in 2002 and these days counts restaurants at Sky Harbor International Airport and The Yard in Phoenix as sibling spots. But Esparza's not just about giving Phoenix diners excellent and affordable food. She's a chef in the true sense of the word, which means "leader" or "chief" in French. Esparza manages to run four restaurants and still finds time to mentor up-and-coming chefs, to give back to the community, and to grab the attention of national critics — including the James Beard Foundation, which has nominated her for awards on four occasions. 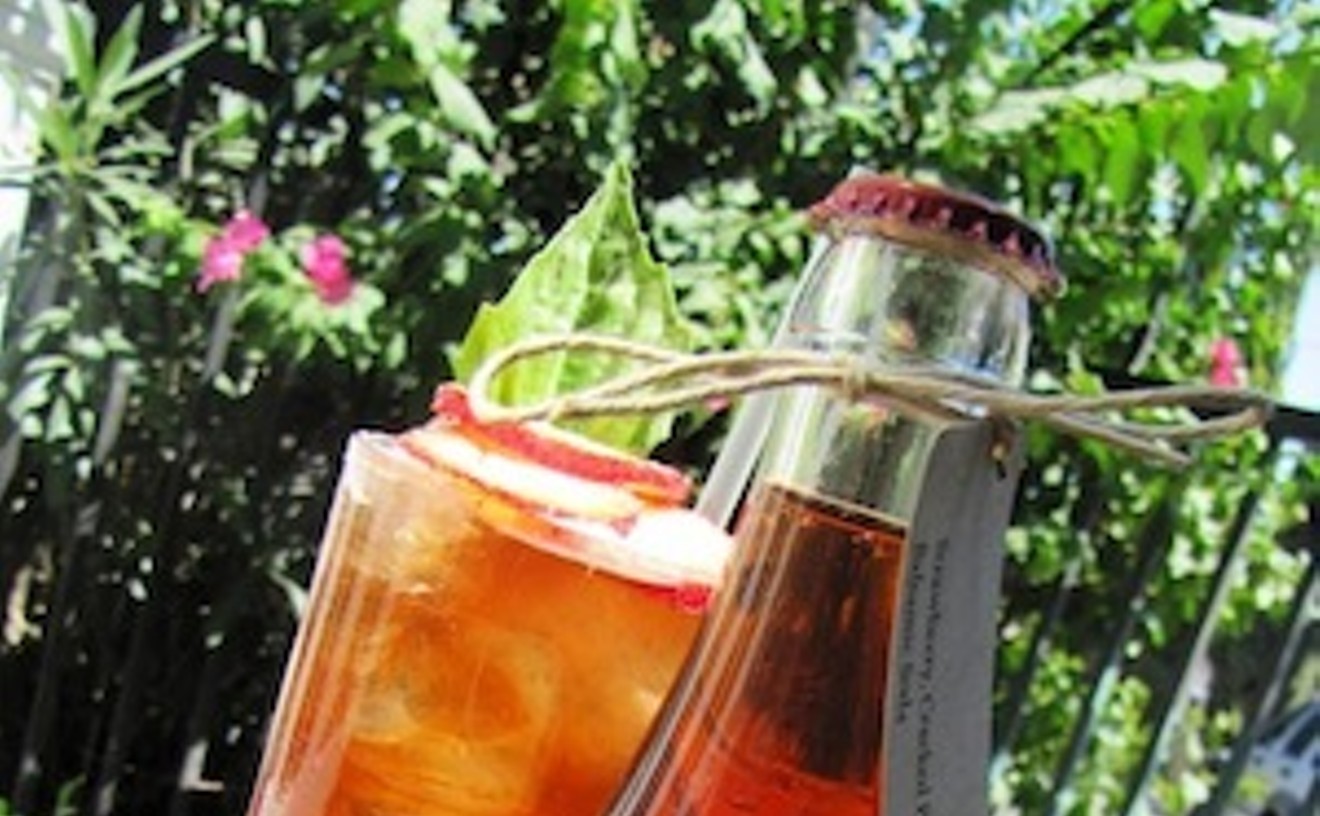 Last fall, Crudo launched a mystery dinner series that tested the creativity of some of the Valley's best chefs — and the trust of Valley diners. Called Blank Space, the monthly series featured big-name talent, including Kevin Binkley of Binkley's Restaurant, Gio Osso of Virtù Honest Craft, and Josh Hebert of Posh Improvisational Cuisine. Each chef collaborated with Crudo's Cullen Campbell on dinner menus with no restrictions or rules. Here's the catch: Diners didn't get to know the menu until they showed up to the event. The good news is that putting faith in local chefs paid off. Throughout the series, chef after chef put on one-night events that aren't likely to be forgotten by attendees. From Jeff Kraus' visually stunning plates and coffee-infused dessert to Binkley's signature series of "snacks," Blank Space highlighted some of the Valley's very best. 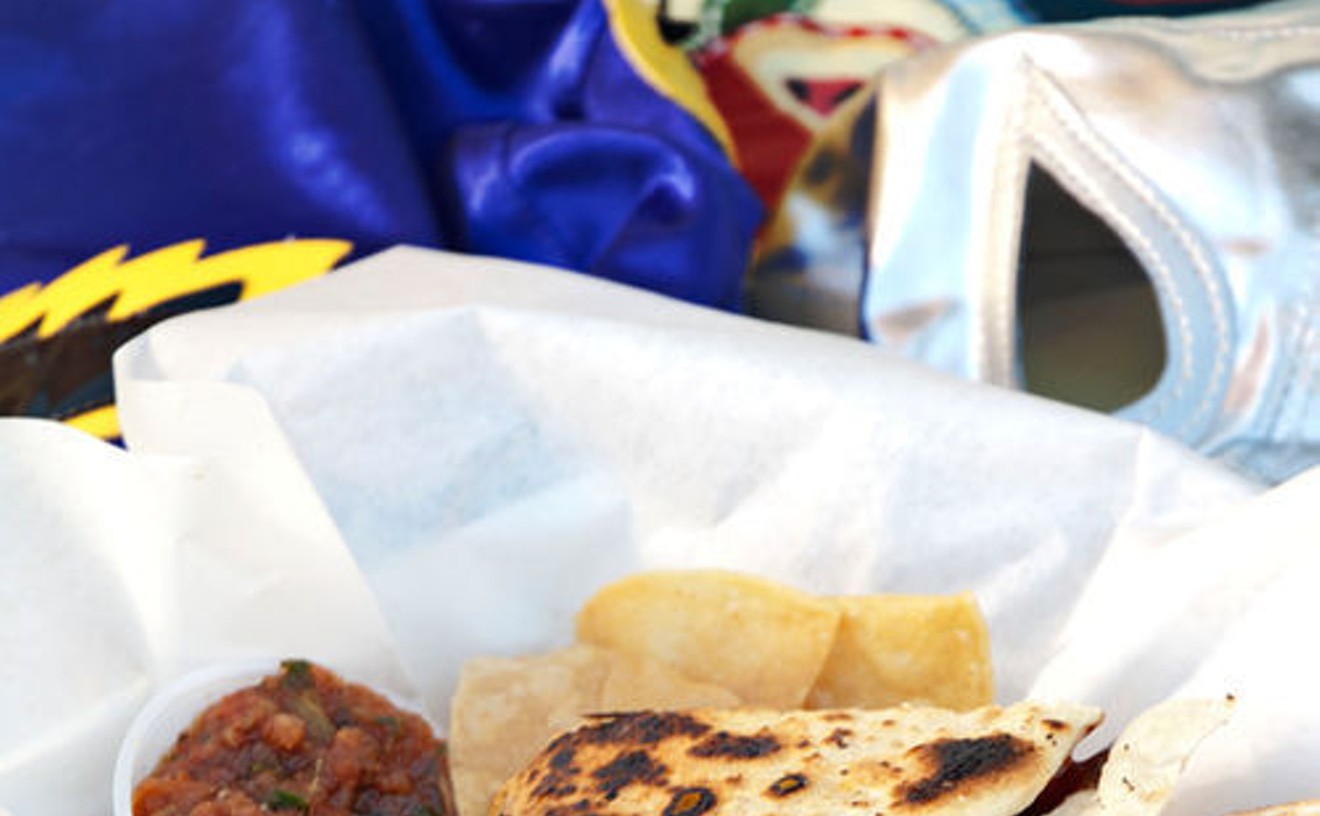 Considering that Luncha Libre is one of the Valley's longest-running food trucks, we wondered why owners Tim and Kim Cobb hadn't opened a regular restaurant. After all, their Lucha Libre-themed Mexican food truck has been featured on Food Network's Eat Street show and serves some of the best mobile food in town. Well, this year, they did open a brick-and-mortar spot, called the Taco and Dilla Parlor. But the truck is still where you'll find the newest Luncha Libre specials. The ever-changing menu draws inspiration from Thai, Mexican, and American cuisines, and you can always count on the signature bebidas (freshly made juices) and teas served in quart-size Mason jars.

Best Place to Take a Foodie

Claudio Urciuoli has been one of the most popular Italian chefs in town for years, but at Noble Eatery, he's offering rustic and unforgettable food that's unlike anything he's done before. Simplicity is the name of the game, and Urciuoli has dedicated himself to sourcing the very best ingredients and letting them shine. Of course, housemade Noble Bread serves as the foundation for most of the food, but there's also pristine produce, locally grown grains, and imported meats on the restaurant's ever-changing menu. We've enjoyed everything from a seasonal salad featuring grapefruit and marinated celery to a bowl of creamy wheat berries, farro, tomato, and corn in the cozy dining room of this lunch-only spot. Food lovers will appreciate the level of authenticity on every plate — and won't mind braving the extremely undersize parking lot in order to experience the cuisine.

Best Place to Take a Scenester 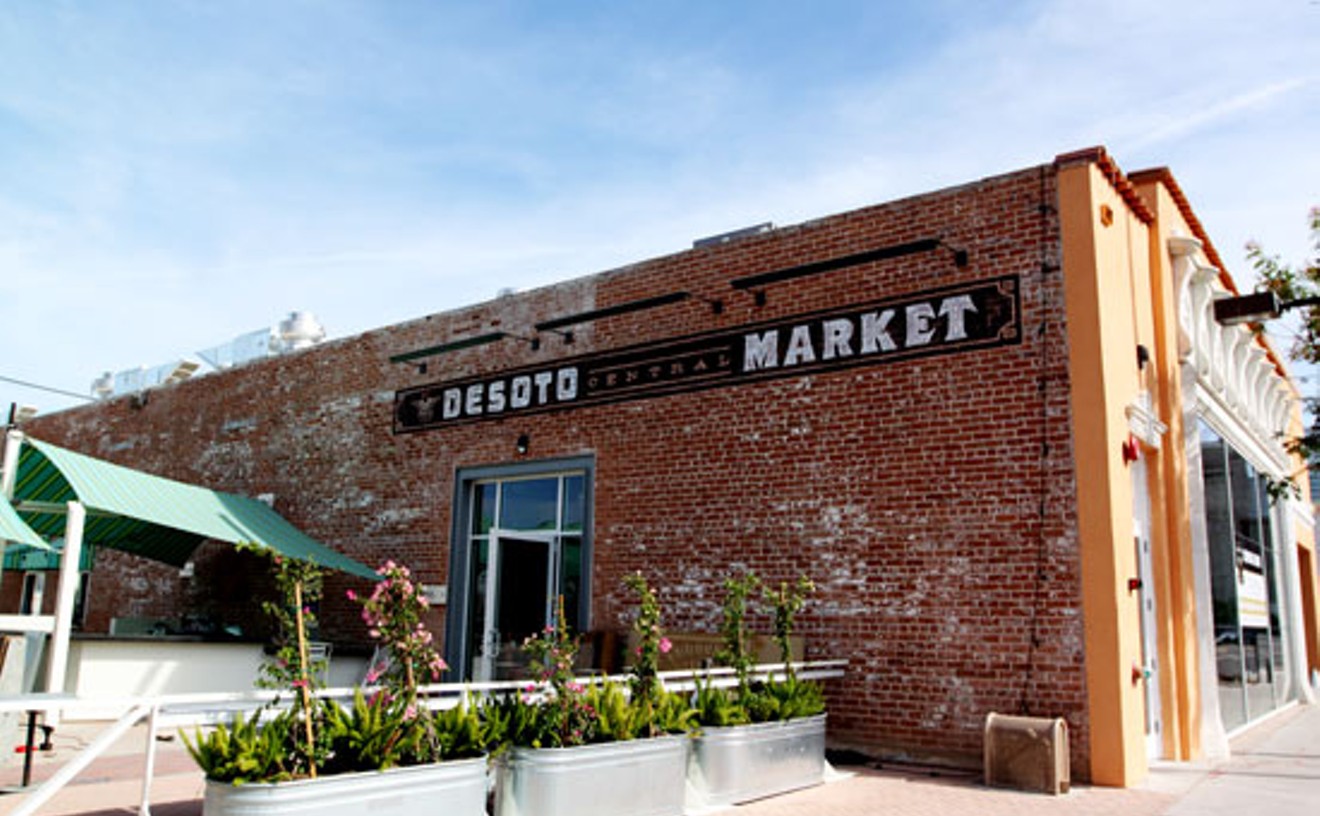 Though it opened only in April, DeSoto Central Market already has become one of the best places to bump into those who care as much about eating good food as they do about who sees them eating good food. And it's easy to understand why. The market's collection of food stalls (though still incomplete) serves a nice selection of mostly excellent food, and the space, well, is simply stunning. The unfinished concrete walls make a perfect backdrop for your next profile pic, and the abundance of window light means your Instagram is going to look totally professional. From morning to night, you'll find chic students lounging upstairs with a Tea-spresso latte in hand and hardcore food lovers dissecting the latest specials on Stephen Jones' Yard Bird + The Larder menu downstairs. It's see and be seen — and eat some good food while you're at it.

Best Place to Take an Out-of-Towner

Quiessence at The Farm at South Mountain

Between the picturesque venue, pristine food, and, let's be honest, high prices, it's easy to understand why Quiessence at The Farm at South Mountain is a go-to spot for impressing out-of-town visitors. The lush acreage surrounding the restaurant begs diners to admire the beauty of the farm before settling in for dinner. And once they do, it's all about chef Dustin Christofolo's delicate treatment of local ingredients — including many that come from the farm and gardens that are just steps from the dining room door. From handmade pastas accompanied by a medley of seasonal produce to a fromage board loaded with Arizona-made cheese and freshly baked bread, Quiessence delivers a refined interpretation of desert cuisine that's sure to impress even the most well-traveled food aficionados.

Dining trends have come and gone over the past two decades, but through it all, Rancho Pinot has remained. So what gives this Scottsdale restaurant its lasting power? Well, there's the restaurant's always-polished American comfort fare, as well as owner Chrysa Robertson's enduring dedication to using local produce and ingredients. As a founder of the local chapter of the international Slow Food organization, Robertson's been showcasing Arizona-inspired cuisine since long before "local" became a foodie buzzword. But it's more than that. Rancho Pinot also gives diners a memorable experience untethered to fads or trends. Friendly service and honest hospitality are the name of this restaurant's game, and that's one characteristic that never goes out of style.

J&G Steakhouse at The Phoenician 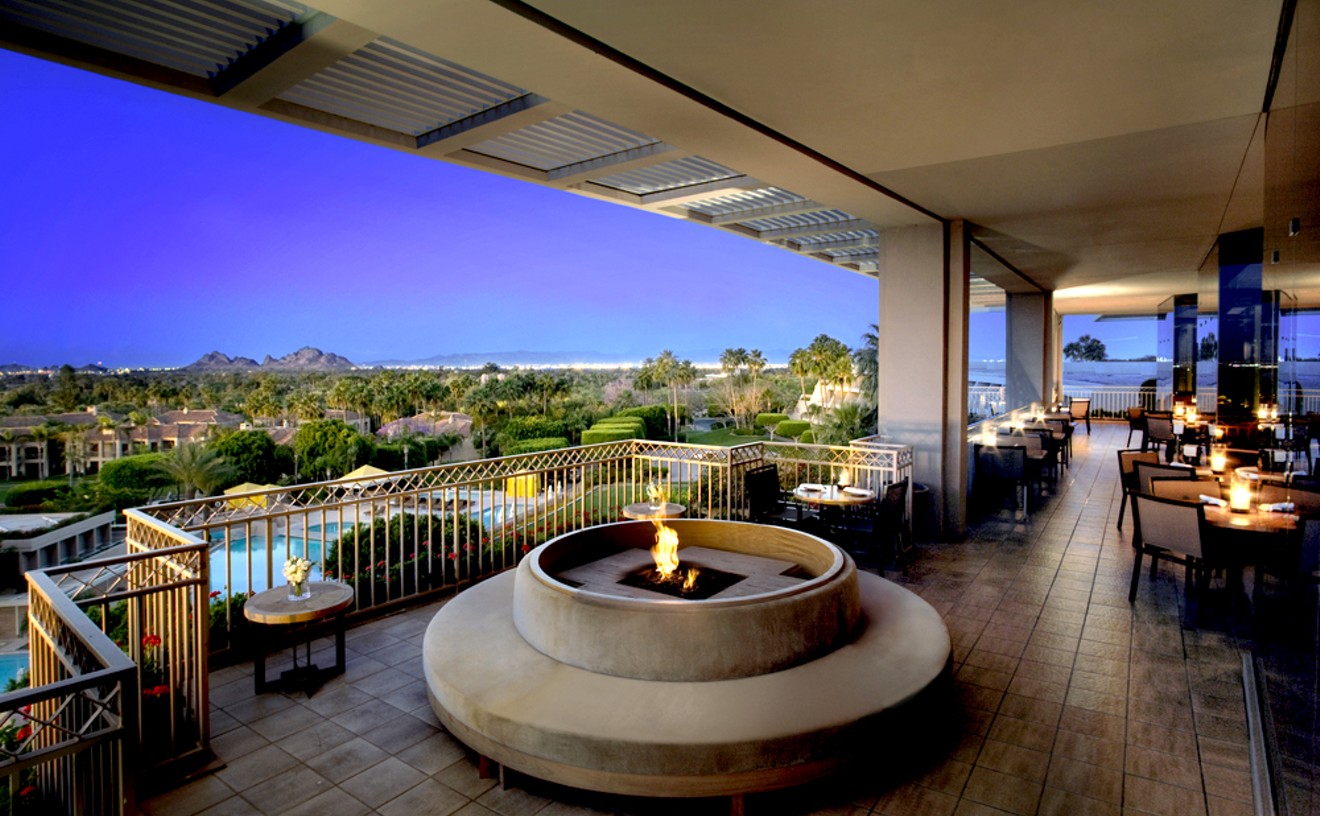 Located on the fifth floor of the Phoenician resort, J&G Steakhouse offers breathtaking views of the Valley from its patio and a modern menu of seasonal steakhouse fare in the sleek dining room. Overseen by Michelin-starred chef Jean-Georges Vongerichten and run by executive chef Jacques Qualin, this restaurant appeals to classic steak house fans with dishes such as a six-peppercorn prime New York steak and 12-ounce bone-in filet. But there's plenty for those who don't live for these steak house staples. Take, as an example, the restaurant's list of appetizers, salads, and soups. The menu includes options such as a chilled roasted melon tomato soup for summer and rich black cheese truffles and roasted mushrooms with herbs and chile for cooler weather in the fall. 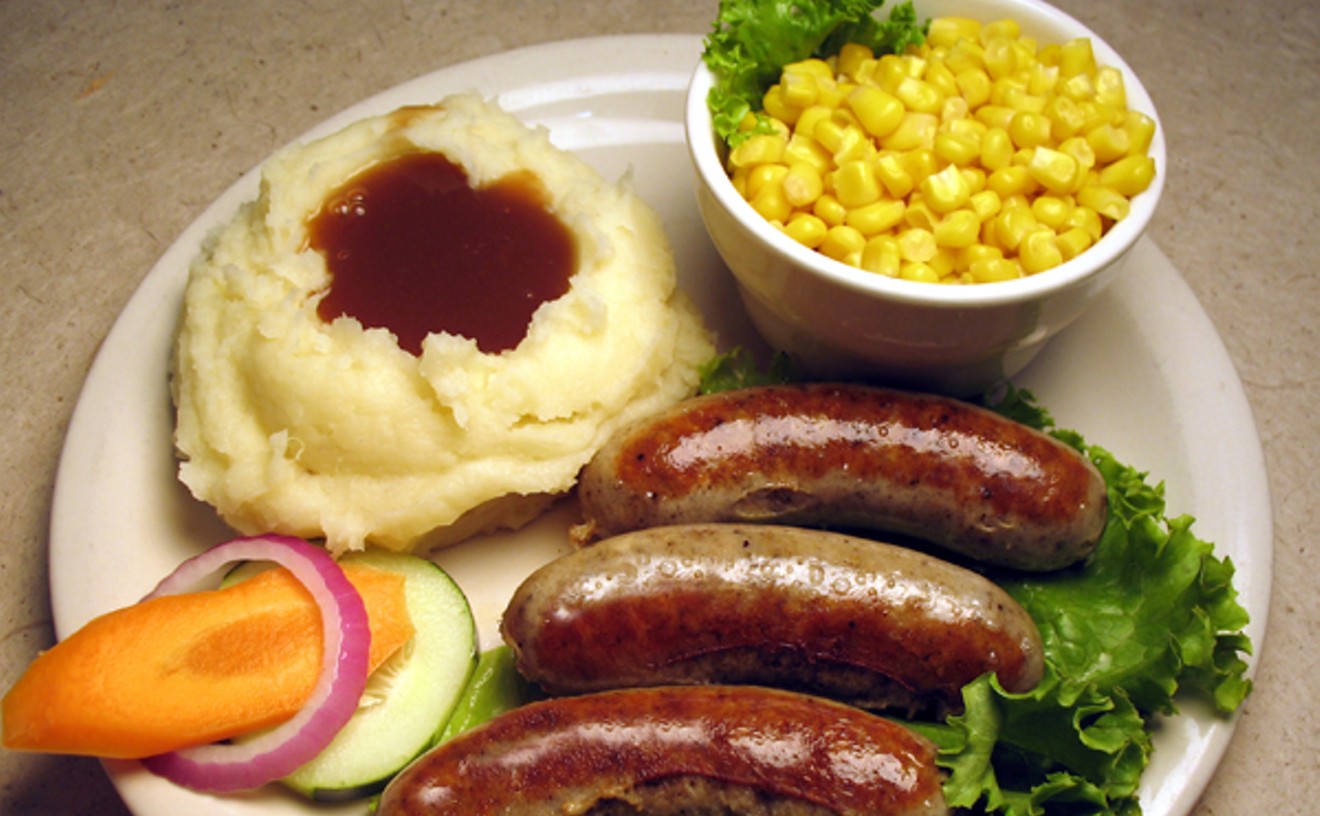 Phoenix's favorite English pub, George and Dragon, celebrates its 20th anniversary this year, and though 1995 might have been the height of the Britpop craze, George and Dragon has maintained its appeal for two whole decades. Modeled after classic British pubs, the walls are decked with Union Jacks, and the George offers generous pours of ale, occasional live rock 'n' roll, and authentic-tasting fare like shepherd's pie, bangers and mash, and, of course, fish and chips. The G&D also hosts poker nights on Tuesday, Wednesday, Saturday, and Sunday nights. And make sure to check out the Sunday night special, when the kitchen cranks out delicious roasts, including roast beef with Yorkshire pudding, New Zealand lamb, and roasted chicken.