Tangled Up In Blue Dream: It’s Easier to Grow and ‘Makes You a Genius’ 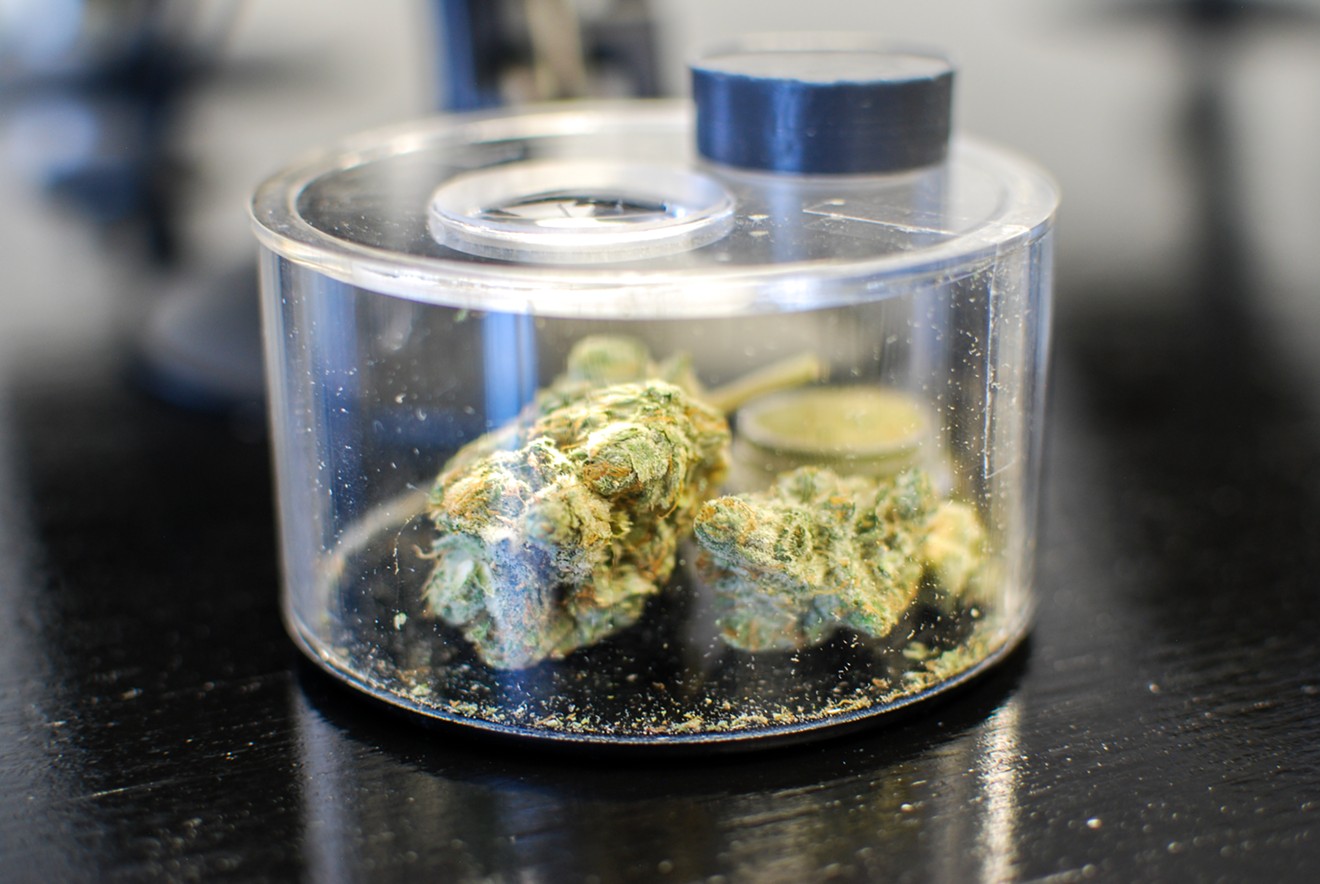 Is the Dream truly alive or just a figment of our collective imagination? Nate Nichols

Hype is a powerful force. It can rocket something to the upper stratosphere of its field, whether or not the success is deserved. Are Krispy Kremes really the best doughnuts? Does In-N-Out really make the best burgers? Is James Corden’s “Carpool Karaoke” really worth five minutes of YouTube time?

And by that same token, is Blue Dream really the best strain?

You’d think so, wouldn’t you? Most every dispensary has it on the ready. It has a “chicken fingers and ranch” vibe among users, as it seems to be the safe and reliable bet when it comes time to restock — the old and comfortable pair of shoes, if you will. Fans of HBO’s Crashing might recall Lauren Lapkus’ rousing endorsement of the strain in the season one finale. “It’s Blue Dream,” she tells the show’s uptight protagonist. “It makes you a genius.”

The strain’s original steps from dream to reality began in a California grow house, after a fateful meeting that took place between the sativa Blueberry and the indica Haze. What resulted from that major Mary Jane merger was a strain that online reviews often will describe as something that “keeps you mentally focused but also physically relaxed.”

Kimberly Wagner of Health For Life Dispensaries told us, “As cliche as it may sound, Blue Dream is actually one of my favorite strains,” she said. “I always recommend it to new patients.”

But was Blue Dream’s road to the top at least partially paved by what could be considered the luck of the draw? Is there a set of fortunate circumstances that gave the strain a leg up over all the other options? Well, there is one big advantage of Blue Dream that must be taken into consideration.

According to Tyler Fuduloff of GreenPharms Dispensaries, Blue Dream is remarkably easy to grow, and a quick Google search on the subject supports this claim.

“It’s definitely less temperamental,” he said. For most other strains, a slight turn of the dial could mean the difference between a successful harvest and a colossal waste of time. Not so in the case of Blue Dream. Its easygoing nature allows for some horticultural wiggle room, and in this new commercial cannabis landscape that demands fast turnaround and increasing profits, Blue Dream only makes sense.

Local MMJ cardholder Alexandria Williams had a slightly different take, which just goes to show that results may vary. “I think Blue Dream is a pretty basic strain not a lot of people think about if you’re a frequent smoker,” she said. “If nothing else sounds good, I’ll probably get an eighth of it. But it’s hard to say it’s not an overrated strain.”

What are your thoughts on Blue Dream? Let me know at [email protected] or DM me on Instagram at @cycle_tarantino.
KEEP PHOENIX NEW TIMES FREE... Since we started Phoenix New Times, it has been defined as the free, independent voice of Phoenix, and we'd like to keep it that way. With local media under siege, it's more important than ever for us to rally support behind funding our local journalism. You can help by participating in our "I Support" program, allowing us to keep offering readers access to our incisive coverage of local news, food and culture with no paywalls.
Make a one-time donation today for as little as $1.