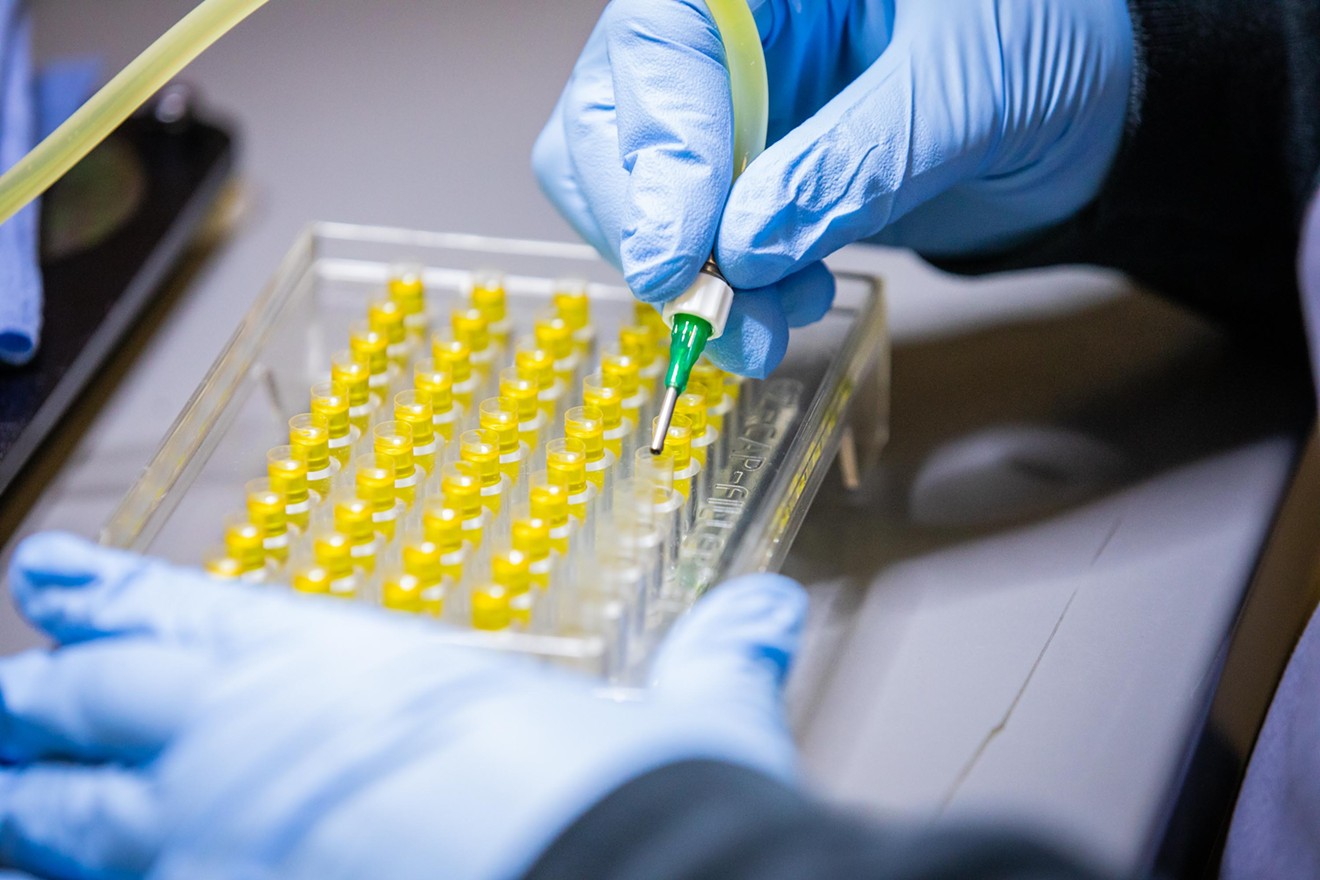 The U.S. House of Representatives’ Medical Marijuana Research Act and the Senate’s Cannabidiol and Marihuana Research Expansion Act were approved in their chambers with bipartisan support in recent weeks. They are considered a critical next step toward approval by the U.S. Food and Drug Administration of marijuana and marijuana-derived substances for medicinal use.

Yes, you read that right. They even spell it differently inside the Beltway.

The House bill passed by 82 percent and the Senate bill by unanimous consent. All House Democrats and 126 Republicans voted in favor, while Arizona Republican Representatives Paul Gosar, Andy Biggs, David Schweikert, and Debbie Lesko voted against the proposal. None of Arizona's GOP delegation responded to requests for comment.

Both bills require the government to ensure there is enough marijuana available for research purposes, but how that's achieved is not exactly clear. They also mandate marijuana researchers register with the government and report their findings back to Congress.

The bills have marked differences. The Medical Marijuana Research Act, sponsored by Congressman Earl Blumenauer, an Oregon Democrat, would permit authorized scientists to procure marijuana from local, state-legal dispensaries. Scientists prefer this as it allows access to the same product that is being consumed by the public. The bill also creates the possibility for marijuana to be transferred to a different schedule, should the research support it.

Right now, the U.S. government categorizes marijuana as a Schedule I substance, defined as having a high potential for abuse and no “currently accepted” medical use. Schedule I also includes heroin, peyote, and LSD.

“When people hear, ‘This is a research bill, it is going to open up research,’ they’re just like, ‘Great,’” said Shane Pennington, one of the lawyers who represented weed researcher Dr. Sue Sisley in her lawsuit against the U.S. Drug Enforcement Agency and U.S. Department of Justice.

“I think this act will make research harder, not easier, in several ways,” he said.

Pennington calls out the Senate’s bill for requiring CBD researchers to register with the U.S. Attorney General, even though CBD isn’t a controlled substance and isn’t presently bound by this requirement. And unlike the House bill, the Senate bill limits researchers to marijuana grown from FDA-licensed producers. Such provisions add red tape even as the bill purports to do the opposite.

For any aspects of either bill to move forward, committee members from both Congressional chambers must first reconcile the differences between the two and produce a single piece of legislation.
Mike Robinette, state director of Arizona’s National Organization for the Reform of Marijuana Laws (NORML), is hopeful that a compromise between the two bills can be reached, one that ideally permits researchers to get good weed from the local, legal dispensaries.

“Both bills would help to eliminate the historical blocking and interference by the FDA into the research and understanding of cannabis as a plant. As a consumer advocacy organization, we fully support strong and robust research into cannabis and its effects on people,” Robinette said in a statement released to Phoenix New Times.

Molina laments that without sufficient science and government regulation, marijuana and CBD retailers can only provide anecdotal evidence of its effects. This limits branding, marketing, and even the wording used on packaging, because certain claims must be backed by U.S. government-recognized research.

Aside from enabling better advertising, research and regulation could also provide more specific and standardized doses for illnesses and ailments. This would especially benefit medical marijuana consumers, who otherwise self-prescribe by trial and error.

“In order for us to get to the point where we are looked at as other industries, we expect all the same regulations,” Molina said. “We will get a lot further, and gain a lot more respect if we work with the entities that oversee us.”

Pennington feels it isn’t just policy that’s keeping marijuana from the mainstream. “The problem is that both of these bills ignore the main problem that is blocking research right now, which is a lack of funding,” he said. “It’s not some problem with the law.”

Pennington cites current legislation, which already allows an expanded number of DEA-licensed researchers to grow marijuana for research. Despite these broader permissions, research continues to lag because, as Pennington says, the resources are just not there.

“The reason why it is not getting done is there is no money. Neither of these bills addresses this at all. Neither will have the impact that people think they’ll have,” he says.

Marijuana research can run into the tens of millions of dollars. One of Sisley’s upcoming smaller trials — with only 350 subjects — will cost upwards of $17 million. This kind of money isn’t readily available via government grants, particularly when it comes to studying the possible positive usages of marijuana.

Pennington points to the “research” section in the Senate’s bill as an example of the government’s focus on studying possible harm. While it does welcome “potential therapeutic effects,” it also skews negative, requesting specific research on marijuana’s impact on the “human body and developing adolescent brains," as well as on "cognitive abilities, such as those that are required to operate motor vehicles.”

Molina welcomes whatever marijuana research might find. He is hopeful it will add legitimacy to his industry and help remove the stigma.

“I think there is some stuff that is going to be debunked, but there is also stuff that is going to come out that is going to be claimed as legit,” Molina said. “It’ll help back up some of the stories that a lot of the people in the industry have been saying for years, about the benefits of cannabis, and what it can do for the person, body, and mind.”
KEEP PHOENIX NEW TIMES FREE... Since we started Phoenix New Times, it has been defined as the free, independent voice of Phoenix, and we'd like to keep it that way. With local media under siege, it's more important than ever for us to rally support behind funding our local journalism. You can help by participating in our "I Support" program, allowing us to keep offering readers access to our incisive coverage of local news, food and culture with no paywalls.
Make a one-time donation today for as little as $1.