10 Non-Halloween Songs That Are Scary as Hell 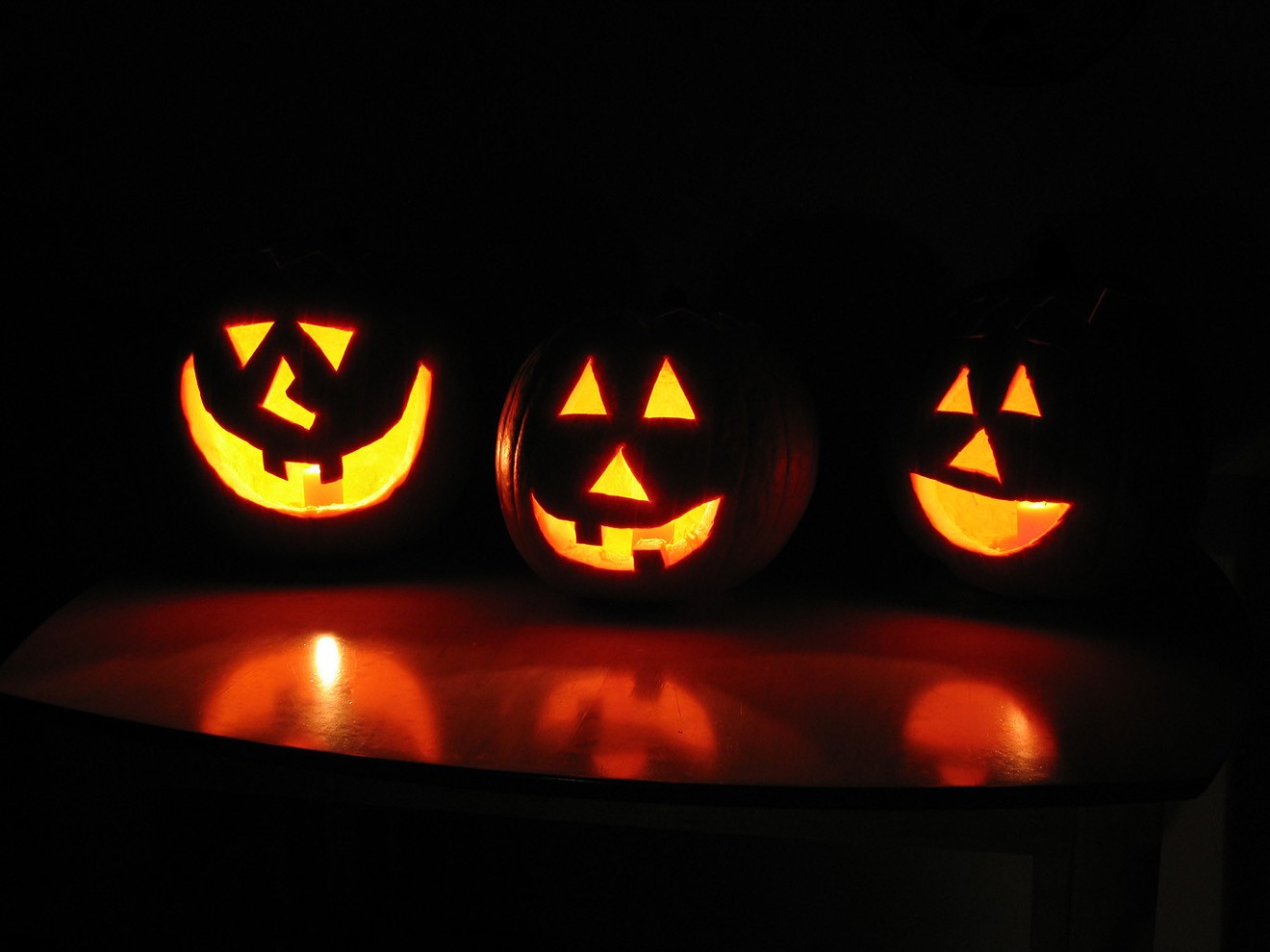 
Generally speaking, popular Halloween tunes really aren't all that terrifying; usual suspects like "Monster Mash" are fun, yes, but probably won't keep you up at night. Actually want to freak some people out? Pop on this playlist of 10 songs that weren't written for the holiday but are truly haunting in their own unique ways.

Mike Patton sprinkles his inner freak on all that he touches, and this track is certainly no exception. This cover of the theme song from Roman Polanski's 1970s film Rosemary's Baby is made extra unnerving by Patton intermittently singing "la la la" in a child's voice atop the metal noise backdrop.


The Damned, 'These Hands'

Everyone knows clowns are hella creepy. Their pasty, painted-up faces hide all kinds of mystery, and you just know they're plotting sinister shenanigans as they lumber past you in their giant, floppy shoes. The Damned knew that, too. Singer Dave Vanian's voice takes you on a trip through the funhouse, a twisted carousel ride with its periodic dips into the low range and the nightmare-inspiring maniacal clown laugh.

As far as talking about what might cause chills, I could stop after "Appalachian folk singer," right? Ol' Dock Boggs tore up the 1920s with his stellar banjo-playing. His old-timey, bluesy, folksy voice was complete with an inherent sense of darkness. In this tune, he tells us about a drifter who courts a girl named Polly. Yeah, let's just say that this attempt at romance didn't really work out in her favor.

There's nothing subtle happening here, which makes it the perfect song when you just want to drive it home to someone just how precisely pissed off you are. The music is noisy and mad, and the vocals lay it all out, telling you without question that you really made a fucking mess. Ween prove that you only need one minute and 37 seconds to let someone know that they should probably make looking over their shoulder a part of their daily routine.

Country music on acid, right here. Beneath Porter's signature pompadour and elaborate, bejeweled suits were some deep thoughts about the insane asylum: "The man in the room right next to mine screams a woman's name / hits the wall in vain / he's in the rubber room." It comes complete with trippy guitar effects to emphasize the losing of one's mind.

This alt-rock anthem is a growly outline for a moonlit walk gone bad. This creeper is trying to create his own dead angel to hang around with, promising his prospective date that if she takes a stroll with him he will preserve her beauty "with dark hair and soft skin ... forever." Yeah, we bet that's not all he's gonna do.

Well, this isn't Jim Morrison's angst-y account of what life is like when you live outside of the norm and also possibly dig on indulging in the LSD. Tiny Tim's version takes the song from emotional to freaky as he delivers the lyrics in a myriad of voices, from bold and operatic to his signature warbled falsetto.

Mr. Cave is the reigning prince of darkness. His lyrical storytelling makes any topic sound intriguing and intoxicating, especially those of the taboo persuasion. It's just what he does. This one's based on an early 1900s murder ballad about an unfortunate situation between the song's namesake and another man in a saloon. The piercing violins and female screams that play as the tale is told are as equally jarring as Cave's tale and the way he tells it.

Scottish folklore says there was a guy named Alexander "Sawney" Beane, a murderer and cannibal responsible for killing a slew of people, like 1,000, and apparently snacked on them, too. Musician Snakefinger — no stranger to the weird, being involved with avant-music kings the Residents — re-creates the tale as a formidable sea shanty. Stark but loaded.

A woman calls into a radio show to talk about how a violent sexual assault has left her with anxiety. The song is relentless, as sludge-y sounds are topped with vocal soundbites that create an overwhelming sense of panic. The shudder-inducing song is the musical equivalent of being stranded in the middle of the night on a deserted road where it's been reported that something evil is known to lurk.

This article originally appeared in 2014 and has been updated.
KEEP PHOENIX NEW TIMES FREE... Since we started Phoenix New Times, it has been defined as the free, independent voice of Phoenix, and we'd like to keep it that way. With local media under siege, it's more important than ever for us to rally support behind funding our local journalism. You can help by participating in our "I Support" program, allowing us to keep offering readers access to our incisive coverage of local news, food and culture with no paywalls.
Make a one-time donation today for as little as $1.