The 7 Best Concerts in Phoenix This Week

Tuesday's forecast calls for Cold Showers. Courtesy of Cold Showers
How’s your 2018 going so far? If you could use a little more music in your life, especially if things have been a little dull lately, considering taking in one of the many concerts scheduled for local music venues this week.

And what exactly’s going on over the next few nights? Plenty.

Black Rebel Motorcycle Club will be at The Van Buren on the heels of the recent debut of their newest album, while L.A. band Cold Showers brings its post-punk to Crescent Ballroom, and blues veteran Tommy Castro spends two nights at the Rhythm Room.

This week will also offer you the chance to rock out with guitar gods, go skanking with some ska veterans, and soak up some soft rock.

Details about each of these gigs can be found below in our list of the best music events happening in Phoenix this weekend. And for even more options, check out our online concert calendar.

Yes, the spirit of Joy Division lives on in L.A.'s Cold Showers, but in every best way possible. Theirs are songs cut to an irreducible minimum, ferocious and focused and crackling with power, where Creation Records-style underwater guitar bubbles through the dark and empty spaces and where singer Jon Weinberg's vocals drift past like smoke in fog.

Their 2012 debut, Love and Regret, was produced with Mancunian aplomb by Darker My Love's Rob Barbato (who also was responsible for The Soft Pack's most Mark E. Smith-ian songs) and was a revelation all its own, with eight songs of bleak post-punk that never once falters. This band is a machine with a million parts moving at once, and one you could listen to for hours on end. 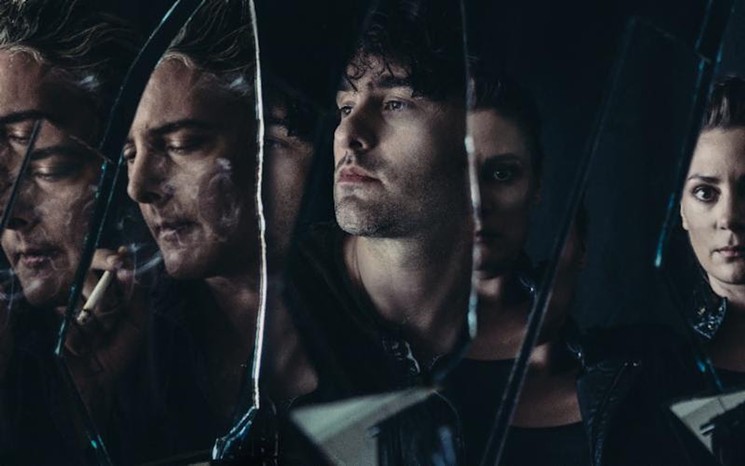 It’s strange to think that it’s been 16 years since San Francisco’s Black Rebel Motorcycle Club released its B.R.M.C. debut album. Back then, rock and roll was wallowing in a garage-rock revival led by Detroit bands like The White Stripes, Scandinavians like The Hellacopters, and Australasians like The Datsuns. The downside of this movement is that a whole lot of bands got unnecessarily lumped in, Black Rebel Motorcycle Club among them.

In fact, BRMC have far more in common with dark British alt-rock bands like Echo & the Bunnymen, The Fall, and The Jesus & Mary Chain, plus art-rockers like The Velvet Underground, and even Sonic Youth. Musically fascinating and blessed with bags of dark mood, the early 2000s media grouped them in with that garage scene because, as with bands like the Eighties Matchbox B-Line Disaster, it didn’t really know what else to do with them.

The last full album of new material from the band, Specter at the Feast, was released in 2013, something that front man Robert Levon Been partly puts down to the fact that he prefers touring to recording. Still, there’s a new record, Wrong Creatures, that came out earlier this week. (Read more about it here.)

“There’s a sense of going forward and going back at the same time," Been says. "There are parts that are more getting back to the basic rock band, and then there is a little bit of new territory. We’re trying to keep a little bit of mystery about that right now.” Brett Callwood

Poor Tommy Castro was born 40 years too late. He really should have been going to elementary school with folks like John Lee Hooker and Wilson Pickett. That way he could have donated to the golden era of blues, when monsters like B.B. King and Buddy Guy were seemingly in every smoky, wrong-side-of-the-tracks juke joint in America.

Since he missed that boat, Castro did the next best thing — he jams like Hooker and Pickett and moans like King and Guy. Castro's most recent release, Stompin' Ground, is notable on two counts. First, it's some seriously good blues music. Second, Castro captures what is very much a live medium and transfers that sound to CD with much more success than — gasp! — Mr. King or Mr. Hooker.

With going on two dozen albums under his belt, including 1999's Right as Rain, which readers of Blues Revue magazine voted one of the 40 best albums of all time, Castro knows his way around a studio. In short, Castro rocks with a style both easy and hard-hitting.

He’ll be in town this week with his latest project, The Painkillers, to celebrate the release of Stompin' Ground during a two-night stint at the Rhythm Room. Olivia Flores Alvarez