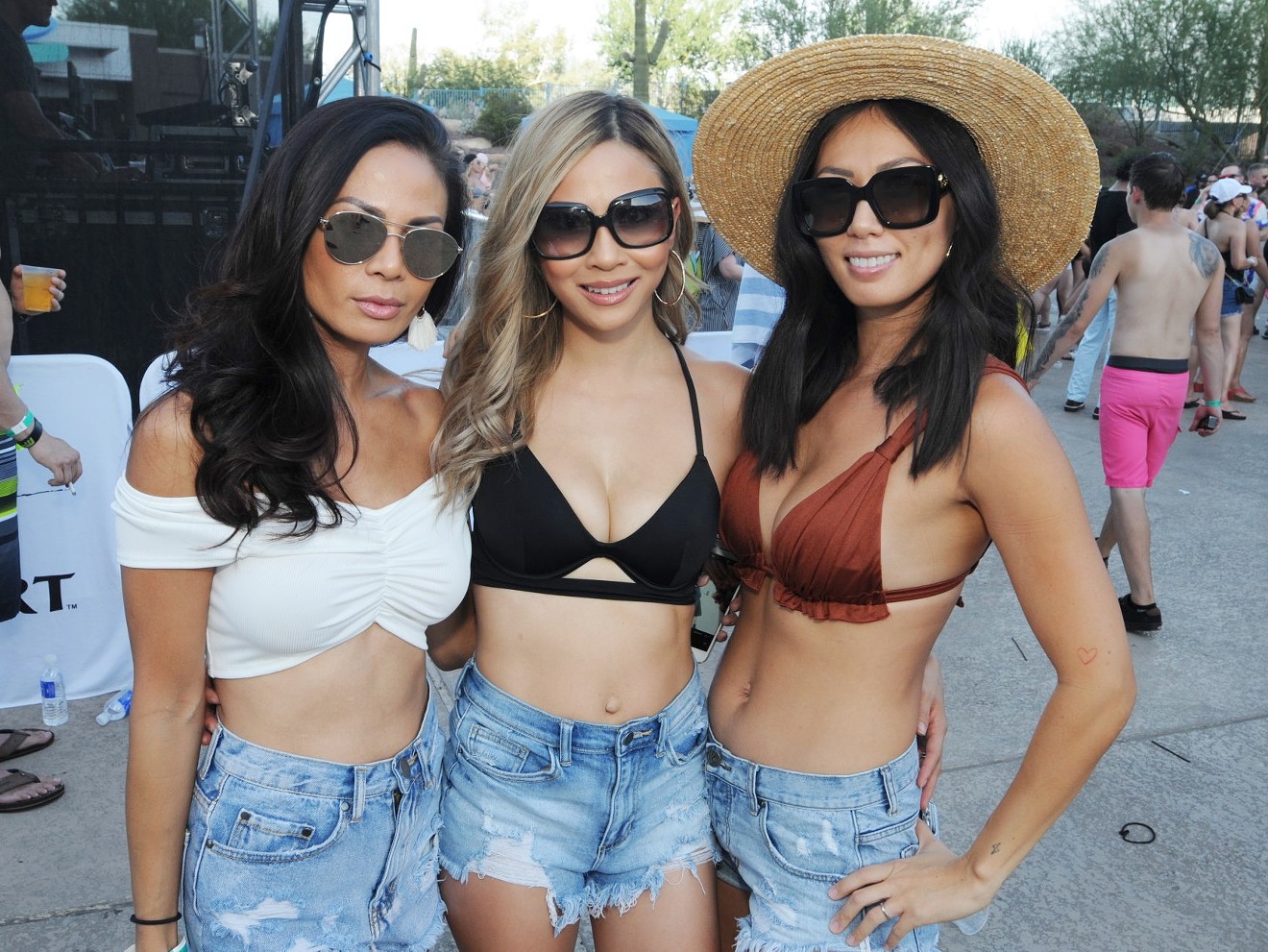 Partying at Talking Stick Resort in Scottsdale. Benjamin Leatherman
If you're one of the lucky souls who gets this Monday off from work thanks to the Labor Day holiday, this weekend will offer three straight days of relaxation or entertainment. For club kids, electronic dance music fans, or anyone else in the mood to let loose, it means an extra day and night for drinking, dancing, and debauching.

Nightlife hotspots like Tempe, Scottsdale, and downtown Phoenix will offer social events, pool parties, and other celebrations during the four-day span from Friday, September 2, to Monday, September 5. It’s also your last chance to party poolside at Talking Stick Resort in Scottsdale, which is wrapping up its summertime Release After Dark series.

Here’s a rundown of the best LDW parties happening around the Valley in 2022. Read up, get down, and make it home safe.

Electro-pop DJ/producer Devault will kick off Labor Day weekend with a high-energy set on Friday, September 2, at Darkstar, 526 South Mill Avenue, Suite 201, in Tempe. Hit the dance floor starting at 9 p.m. when Gobbs, Sozo, and Elevate get things going with their opening sets. Admission to the 21-and-over gig is $18 per person.

All White Party at The Ainsworth

Still waiting for your invite to P. Diddy’s place out on New York’s Long Island? You can keep staring at your mailbox or make plans to attend this Hamptons-esque White Party happening from 9 p.m. to 2 a.m. on Friday, September 2, at The Ainsworth, 3 South Second Street, Suite 117. The “grown and sexy” event will feature DJ sets by Sir-Plus and Holdem. An exclusive VIP area will be open, and a full menu will be available until midnight. General admission is $130. More details are here.

If you’d like to party like Josh Belushi in Animal House, Scottsdale LGBTQ bar BS West, 7125 East Fifth Avenue, will host this toga-filled affair on Saturday, September 3. L.A.-based DJ Arno Diem will perform at the event, which starts at 9 p.m. Admission is $20. 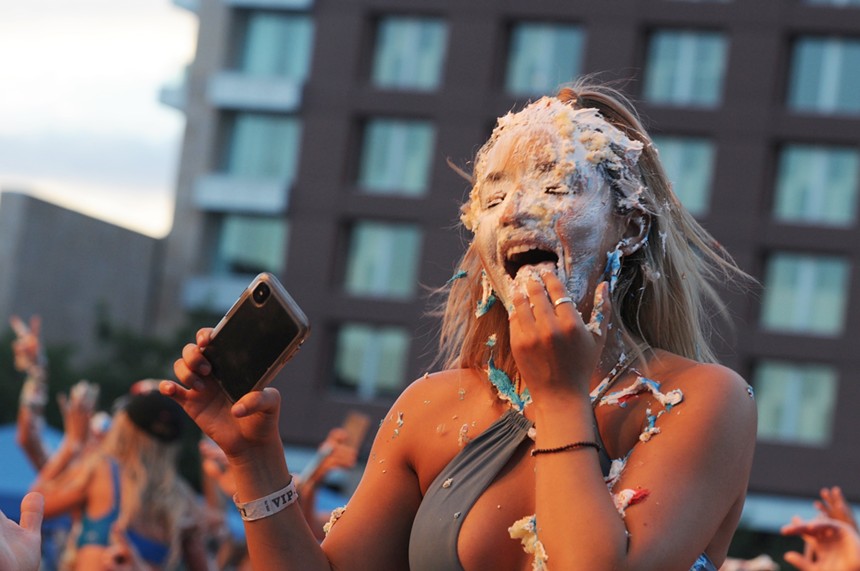 Scottsdale’s Talking Stick Resort, 9800 East Talking Stick Way, will wrap up its summer-long pool party series with one last blast on Saturday, September 3, headlined by electronic dance music superstar Steve Aoki. The DJ/producer/party monster will likely bust out with all his usual tricks, including tossing giant sheet cakes into the crowd. (Pro-tip: wear something you won’t mind getting covered in frosting.) R3LL and Peachy Keen will perform opening sets. Gates open at 5 p.m. and tickets for the 21-and-over party are $50.

This 18-and-over outdoor EDM event at Phoenix Raceway, 7602 Jimmie Johnson Drive in Avondale, on Saturday, September 3, will feature a festival-like atmosphere with an enormous stage, multiple DJs in the mix, and a vast crowd. Australian-born DJ/producer Flume will headline, and is likely to spin up a set filled with electro, deep house, trap music, and other genres. Gates open at 7:30 p.m. Advance tickets are $54 for general admission and $120 for VIP tickets.

The pool area at Maya, 7333 East Indian Plaza in Scottsdale, will be busy throughout the weekend Friday, September 2, through Monday, September 5, as four straight days of EDM-filled parties are planned. DJ superstar RL Grime will work the sound system on Sunday, September 4, with support from local DJs. Gates open at 11 a.m. and admission is $75. Former Valley resident Ghastly will headline the daytime party on Monday, September 5, which starts at noon. Tickets are $26. Click here for the rest of Maya’s Labor Day weekend schedule. 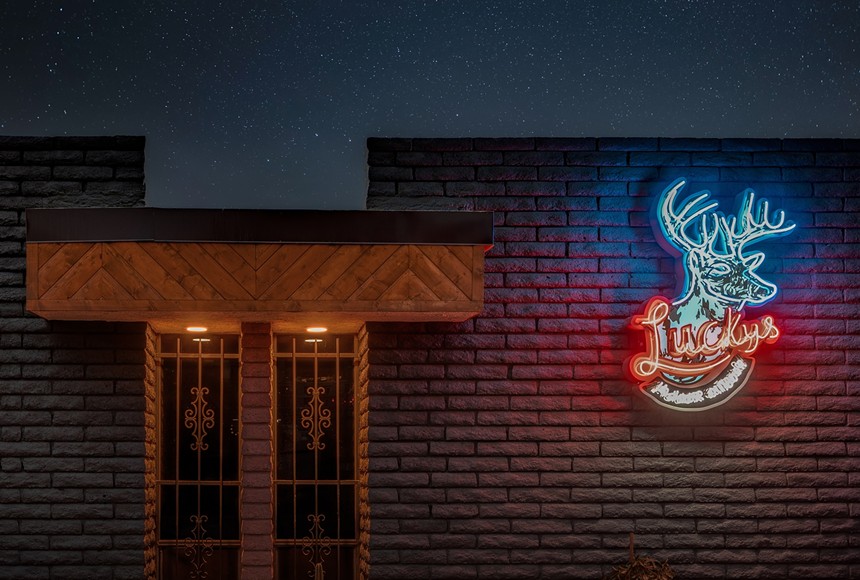 This Roosevelt Row crowd can head to Luckys, 817 North Second Street, for its evening-long affair on Sunday, September 4, featuring live music from The Retro Connection until 9 p.m., food from MozzArepas, and a special music video set from DJ Soloman and OH Allen the DJ continuing until 2 a.m. The event begins at 6 p.m. and also goes until 2 a.m. It’s free to attend.

Patrons of this laidback affair on Monday, September 5, at The Clarendon, 401 West Clarendon Avenue, can partake in craft cocktails, private cabanas, music from DJs, and other distractions and amenities. Food can also be purchased from the hotel’s Fuego Bistro. The 21-and-over party runs from noon until 5 p.m. Admission is $25 per person.
KEEP PHOENIX NEW TIMES FREE... Since we started Phoenix New Times, it has been defined as the free, independent voice of Phoenix, and we'd like to keep it that way. With local media under siege, it's more important than ever for us to rally support behind funding our local journalism. You can help by participating in our "I Support" program, allowing us to keep offering readers access to our incisive coverage of local news, food and culture with no paywalls.
Make a one-time donation today for as little as $1.