Tori Amos is scheduled to perform on Sunday, June 12, at Orpheum Theatre. Girlie Action
This weekend, you can catch shows by the ultra-talented Tori Amos, ‘80s hitmaker Joe Jackson, or Australian singer-songwriter Dean Lewis happening at venues around metro Phoenix. Or you can get weird with the enigmatic Maynard James Keenan as he performs as Agent Dick Merkin along with the other members of art-rock band Puscifer.

We’ll leave the choice up to you.

Read on for details about each of these shows or click over to Phoenix New Times’ online concert calendar for even more live music in the Valley from Friday, June 10, to Sunday, June 12.

Saturday, June 11
Celebrity Theatre, 440 North 32nd Street
English singer-songwriter Joe Jackson has never allowed himself to be confined to a single genre of music. Jackson spent his early years in music with proto-punk band Arms and Legs before taking bass player Graham Maby with him to form his solo project. Jackson's first three albums as a solo artist showed the singer sticking closely to his roots, flirting with new wave, punk rock, and ska in crafting catchy pop tunes. It was on his fourth album, Joe Jackson's Jumpin' Jive, that Jackson showed his love of jazz music and his desire to avoid being pigeonholed into a single genre. Jackson continued to explore jazz, classical and experimental music between his rock albums until he abandoned rock altogether in 1991 not to return to the genre that made him until 2003's Volume 4. Jackson released his 20th studio album, Fool, in 2019, showing that he can still rock with the best of them. This month, he’ll bring his “Sing, You Sinners” tour to Celebrity Theatre for a show featuring new songs and older material from throughout his lengthy career. The show is at 7:30 p.m. and tickets are $30 to $45. David Fletcher

Puscifer will perform in the Valley this weekend.
Travis Shinn

Saturday, June 11
Arizona Federal Theatre, 400 West Washington Street
After five years of no live performances, Puscifer is finally getting back on the road. The Existential Reckoning Tour (named after the rock band’s 2020 album) kicked off earlier this week in Las Vegas. It’ll stop at Arizona Federal Theatre on Saturday. Puscifer features Tool's Maynard James Keenan fronting as Agent Dick Merkin (an unsettling personage with bad newscaster helmet hair — black streaked with white — dark glasses, and bold red lipstick) and Carina Round on vocals, guitar, and percussion. Fans who caught Puscifer’s “Existential Reckoning: Live at Arcosanti” livestream performance in October 2020 will see a lot of similarities in the shows on the tour, although the band will be playing more than just the songs from their latest album. The visuals in the livestream were the brainchild of Puscifer guitarist Mat Mitchell, Keenan says, so for the tour, “a lot of the stage design is Mat and working with Sarah Landau, our [lighting designer], coming up with various things.” The concert starts at 8 p.m. and Moodie Black opens. Tickets are $25 to $75. Jennifer Goldberg

Playboy Manbaby is performing their only headlining show of 2022 this weekend.
Mar Marek

Saturday, June 11
Crescent Ballroom, 308 North Second Avenue
Playboy Manbaby is one of the most popular bands in Phoenix for good reason. Onstage, frontman Robbie Pfeffer transforms into a screaming, flailing madman, shouting songs about selling out and giving your boss the middle finger. His onstage persona channels rock stars and Pentecostal preachers equally, and not many bands get roomfuls of people as engaged in punk rock call-and-response like PBMB. The result is often the most entertaining show in town. This weekend at Crescent Ballroom, Playboy Manbaby will perform its only headlining show of 2022. Boss Frog and Diva Bleach will open the 6:30 p.m. gig. Admission is $18 in advance and $20 at the door. Phoenix New Times

Sunday, June 12
Marquee Theatre, 730 North Mill Avenue, Tempe
Australian singer-songwriter Dean Lewis makes ethereal yet dramatic pop songs, with blunted, distant pianos and synth lines that eventually cascade into a thumping 1-2 drum beat. It's the perfect soundtrack for a sad montage sequence on an episode of Grey's Anatomy. His music has also done well in the U.S. as “Be Alright,” his breakthrough single from 2018, topped Billboard’s Emerging Artist Chart. He’s scheduled to bring his Sad Boi Winter Summer Tour to the Marquee this weekend with Canadian-born pop singer Forest Blakk opening. Doors are at 6:30 p.m. and tickets are $27.50 to $58. John Bear

Tori Amos during a concert from earlier this year.
Patrick Alcala

Sunday, June 12
Orpheum Theatre, 203 West Adams Street
Tori Amos remains one of the most significant and persistent female voices arising from the ‘90s female singer-songwriter movement. Her 1992 debut (solo) album, Little Earthquakes was a critical darling where Amos bridged the divide between Sarah McLachlan's atmospherics and the more confrontational approach of Courtney Love or Kat Bjelland. Call it a happy coincidence that her latest tour (in support of last year’s Ocean to Ocean) commenced 30 years after the release of LE. It's also a reminder she's never really gone away and still tours on the regular, releasing albums that consistently chart well. Expect to hear such Amos standards as “God,” “Cornflake Girl,” and “Juárez” (as well as such Ocean to Ocean cuts as "Devil's Bane" and "Addition of Light Divided") when she comes to the Orpheum on June 12. The show starts at 7:30 p.m. and tickets are $59.50 to $99.50. Pete Vonder Haar 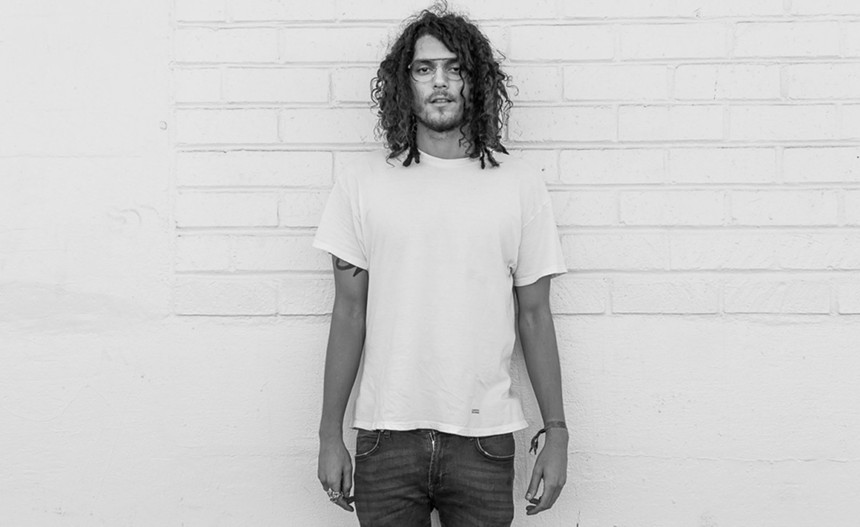 Sunday, June 12
Darkstar, 526 South Mill Avenue, #201, Tempe
L.A.-based house producer and DJ Sage Armstrong returns to the Valley this weekend to headline the latest Treehouse Sundays session at Tempe venue Darkstar. Though it's likely his set will likely focus largely on bass house music, including tracks and mixes he’s released recently on Thrive Music, don't be surprised if he slips in some hip-hop or trap into the mix. Seppi and L9V will perform opening sets. The music starts at 4 p.m. and admission is $23. Benjamin Leatherman
KEEP PHOENIX NEW TIMES FREE... Since we started Phoenix New Times, it has been defined as the free, independent voice of Phoenix, and we'd like to keep it that way. With local media under siege, it's more important than ever for us to rally support behind funding our local journalism. You can help by participating in our "I Support" program, allowing us to keep offering readers access to our incisive coverage of local news, food and culture with no paywalls.
Make a one-time donation today for as little as $1.