Léon is scheduled to perform on Wednesday, June 15, at The Van Buren. Sandra Thorsson
Need something to help make the summer pass more quickly? Consider catching a weeknight show at a local venue, particularly one where the A/C will be going full blast while your favorite artists and acts are performing.

Read on for details about each of these shows or click over to Phoenix New Times’ online concert calendar for even more live music in the Valley from Monday, June 13, to Thursday, June 16.
click to enlarge

Monday, June 13
Crescent Ballroom, 308 North Second Avenue
Whereas most rappers make a name for themselves by slaying competitors in freestyle rhyme battles, mc chris came up through strange circumstances: voicing a cartoon spider. In the early 2000s, he voiced characters on such Adult Swim toons as Sealab 2021 and Aqua Teen Hunger Force. At the same time, the rapper was becoming famous for his tracks about such geeky topics as Boba Fett, ninjas, Pikachu, and Dungeons & Dragons. Over the years, mc chris has become known as the godfather of nerdcore and helped influence artists like the Valley’s Mega Ran and other. The rapper is in the midst of his final tour and is scheduled to perform at the Crescent Ballroom in mid-June. The gig starts at 7:30 p.m. and Crunk Witch opens. Tickets are $17. Michael Vennard

Tuesday, June 14
The Underground, 105 West Main Street, Mesa
Nonpoint has been rocking crowds with its brand of groove metal/nu-metal since 1997, touring alongside the likes of Mudvayne, Taproot, and Drowning Pool during their early years. Their albums all made the Billboard charts during the band’s first decade of existence, which coincided with the glory years of nu-metal in the late ‘90s and early 2000s. Since then, Nonpoint’s undergone a number of lineup changes (frontman Elias Soriano and drummer Robb Rivera are the only original members still around) and has kept dropping releases every few years or so, and founded their own label (361 Degrees Records) in 2021. Nonpoint are scheduled to rock out at The Underground on Tuesday night with support from VRSTY, Sinshrift, and Sulveria. The show gets going and tickets are $20 in advance and $25 at the door. Lauren Wise

Wednesday, June 15
The Van Buren, 401 West Van Buren Street
Swedish-born pop singer Lotta Lindgren, better know as Léon, has a certain captivating aura while weaving vocal magic in the ballads found on the three albums she’s released since 2019. That includes Circles, an 11-song effort that came out in March and features Lindgren singing about the ups and downs of the last few years on tracks that, as Paper describes, “[dance] between intimate, anxious admissions and production that grows into mountains of grooving synths and driving drums.” Singles off the album – such as "Dancer," "Soaked," and "Fare Into A Dream" – have all been well-received by critics and fans alike. Lindgren’s currently touring the U.S. in support of Circles and has a stop at The Van Buren scheduled for Wednesday night with special guest Catie Turner. The show is at 8 p.m. and tickets are $24 in advance. Benjamin Leatherman 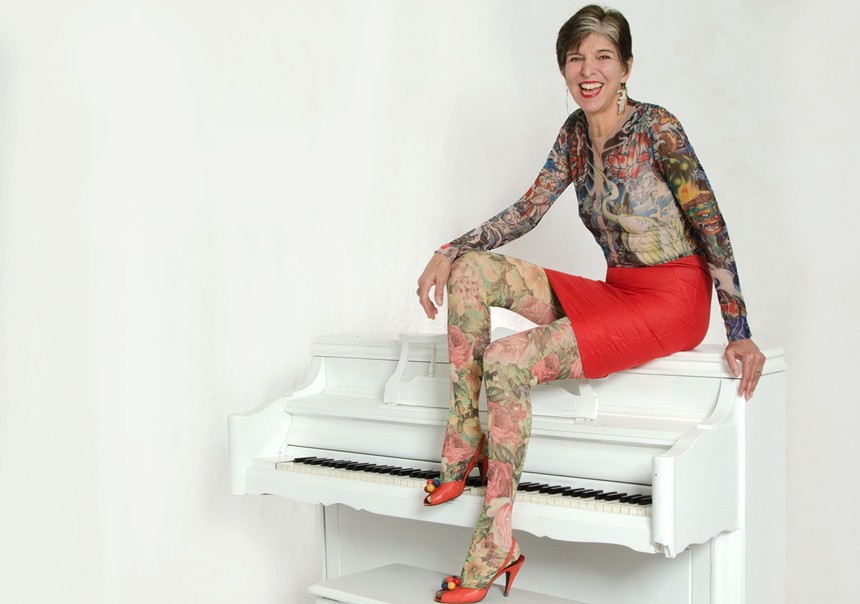 Wednesday, June 15
Musical Instrument Museum, 4725 East Mayo Boulevard
The Valley is about to get a little taste of the swamplands. Veteran blues crooner and musician Marcia Ball is bringing her rollicking, New Orleans-style piano jams to the MIM. Since her first solo LP, Circuit Queen, in 1978, Ball has released 18 studio albums (the most recent being 2018’s Shine Bright) and has performed at many festivals. She’s back on the road again, performing her style of traditional swamp rock and zydeco-flavored, danceable songs peppered with sweet, slow blues tunes. This week, Ball returns to the MIM for a performance on Wednesday evening at 7 p.m. Tickets are $38.50 to $49.50. Olivia Feldman

Wednesday, June 15
Scottsdale Center for the Performing Arts, 7380 East Second Street, Scottsdale
Mary Chapin Carpenter has been a musical force since her 1987 debut Hometown Girl. She broke through big in the early/mid-’90s on the country charts with uptempo hits like “Down at the Twist and Shout,” “I Feel Lucky,” “Quittin’ Time,” and “Shut Up and Kiss Me.” Meanwhile, songs like “Dreamland,” “The Hard Way,” “House of Cards” and “Stones in the Road” pointed to something deeper. But Carpenter was never a real fit (or personally comfortable) as straight “country,” as she also drew from folk, rock, and poetry influences. Later records explored concepts, real-world events like September 11 and Hurricane Katrina, and even orchestral arrangements. The Dirt and the Stars, which dropped in 2020, is her 15th regular studio album. And while she’s always been an exceptionally deep writer when it comes to lyrics, most of the 11 tracks here are a little extra deep. They clearly come from a well in which wisdom is gained from experience, and personal evolution is a process. Carpenter will perform songs from both her new album and extensive catalog during her upcoming concert at Scottsdale Center for the Performing Arts. Tickets for the 7:30 p.m. show are $60 to $85. Bob Ruggiero 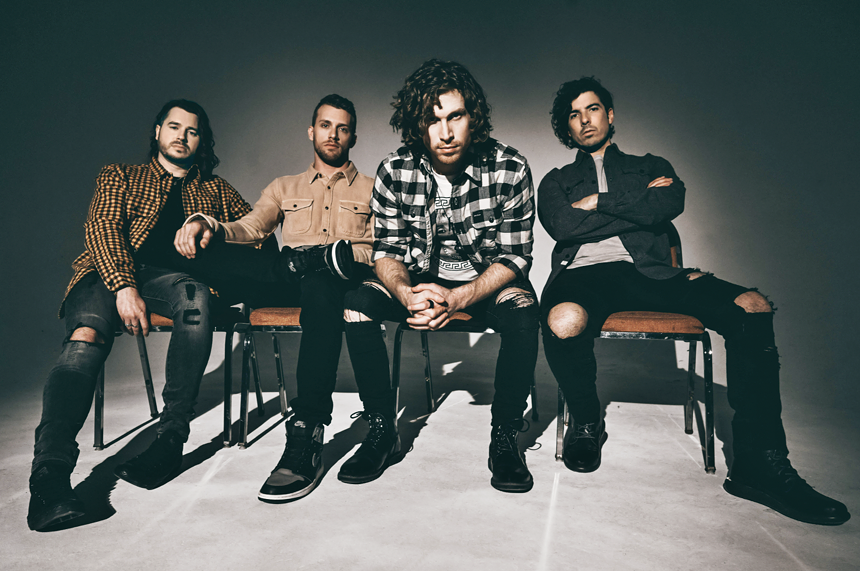 Thursday, June 16
The Van Buren, 401 West Van Buren Street
Hard rock act Nothing More have had a good few years. Following the release of The Stories We Tell Ourselves in 2017, the band received positive reviews, a spot on the Billboard 200, and (best of all) three Grammy nods for their efforts. The native Texans didn’t win any awards, but the buzz had begun. The world had been made aware of a well-kept secret, and Nothing More now boasts more than 1 million monthly listeners on Spotify. The alternative-leaning, metal-influenced quartet, who are known for their elaborate and energetic live performances, haven’t released any albums since but released the thought-provoking single “Tired of Winning” in April. They’re due at The Van Buren on Thursday night along with Atreyu and Eva Under Fire. Doors are at 5:45 p.m. and tickets are $39.50 in advance and $45 on the day of the show. Matthew Keever 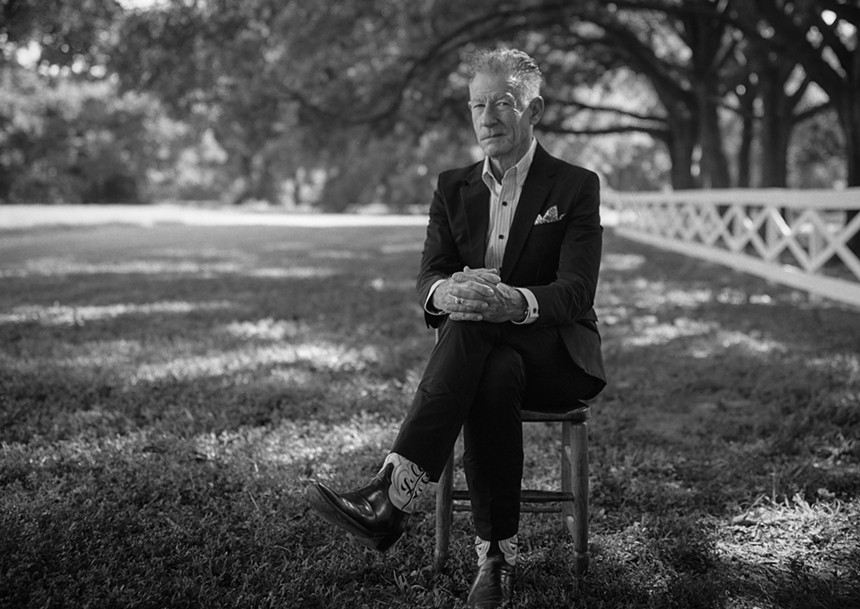 Lyle Lovett and His Large Band

Thursday, June 16
Mesa Arts Center, 1 East Main Street, Mesa
The legendary singer-songwriter will bring his band to the Valley this week for an early summer show. His new album (and first in a decade) 12th of June was released recently and the titular date is a nod to the birthdate of his twin children. His usual insights on life, love, and death share track space with songs inspired by being a relatively new dad. It’s always a treat hearing Lovett and company do their thing live and will be fun to see which new favorites they combine with old classics in the setlist. The concert is at 7:30 p.m. and tickets are $40 to $125. Jesse Sendejas Jr.
KEEP PHOENIX NEW TIMES FREE... Since we started Phoenix New Times, it has been defined as the free, independent voice of Phoenix, and we'd like to keep it that way. With local media under siege, it's more important than ever for us to rally support behind funding our local journalism. You can help by participating in our "I Support" program, allowing us to keep offering readers access to our incisive coverage of local news, food and culture with no paywalls.
Make a one-time donation today for as little as $1.