Olivia Rodrigo is scheduled to perform on Universal Music Group
Up for seeing a show this week? You’ve got plenty of options around the Valley this week, such as performances by West Coast hip-hop legends Snoop Dogg and Ice Cube, indie-pop singer-songwriter Olivia Rodrigo, and Chicago psych-rock act Post Animal.

Read on for full details about each of these gigs or click over to Phoenix New Times online concert calendar for even more live music this week.

Tuesday, May 17
Orpheum Theatre, 203 West Adams Street
The blues is in Christone “Kingfish” Ingram’s blood. Hailing from Clarksdale, Mississippi – the home of the Delta Blues Museum and birthplace of the likes of Sam Cooke – Ingram became interested in the genre after his father showed him a Muddy Waters documentary. The 23-year-old has already received five Blues Music Awards, and his sophomore album, 662 – which was released last summer – won a Grammy earlier this year. Ingram is scheduled to play Orpheum Theatre at 7:30 p.m. on Tuesday night. Tickets are $27 to $47. Matthew Keever

Tuesday, May 17
Valley Bar, 130 North Central Avenue
Chicago psych-rock band Post Animal are scheduled to return to downtown Phoenix for a show at Valley Bar on Tuesday with Caroline Kingsbury on the heels of their third full-length LP, Love Gibberish, dropping last week. Post Animal’s signature sound is rich psychedelia in the vein of Australian neo-psych trailblazers Tame Impala, but with a decidedly more oblique approach to genre-mixing. One of their latest singles, “No More Sports,” is a full-on RAWK rocker that sounds caught somewhere between being a pastiche and a parody of “Cat Scratch Fever,” and somehow, they pull it off. The show starts at 7:30 p.m. and tickets are $18 in advance and $20 at the door. Vincent Arrieta 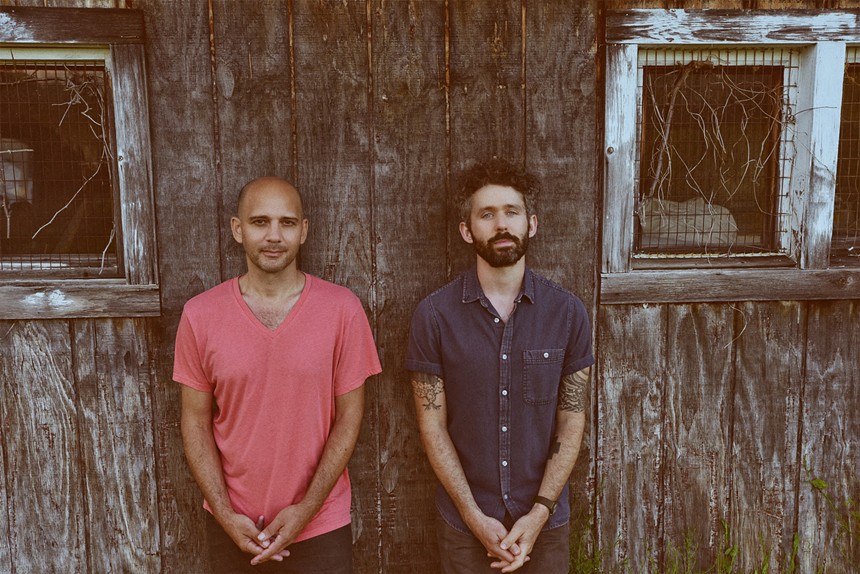 Tuesday, May 17
Crescent Ballroom, 308 North Second Avenue
The Antlers made their first big impression on the indie music world in 2009 when their concept album Hospice captured the ears and imaginations of listeners with a darkly romantic tale about a hospice worker and a female patient who has terminal bone cancer. A true masterpiece in the genre, Hospice was a tough act to follow, but The Antlers produced two stunning follow-ups before going on hiatus in 2015 after singer Peter Silberman experienced hearing loss and became unsure whether he could continue making music. In March 2021, The Antlers released their latest album, Green to Gold, after seven years of uncertainty. The Antlers have always been known for their ability to find true beauty in the darkest of moments, but Green to Gold is notable in how the band is able to find beauty in, well, beauty. NYC indie band Wild Pink opens the show supporting its third album A Billion Little Lights. Both bands are scheduled to perform at 7:30 p.m. on Tuesday at Crescent Ballroom. Tickets are $25. David Fletcher

Wednesday, May 18
The Van Buren, 401 West Van Buren Street
Long Island singer-songwriter Laura Pergolizzi, known by their stage name LP, has been writing and recording music since 2001 when their debut record, Heart-Shaped Scar, captured listeners' attention with gritty pop-rock guitars and the singer's softened blues-rock voice. LP has gone on to write songs for others including Backstreet Boys' "Love Will Keep You Up All Night" and Rihanna's "Cheers (Drink to That)." While always staying just out of the limelight on the American music stage, LP has seen their biggest success in Europe where LP's third album, Lost On You, went platinum on the Polish, French, and Italian music charts thanks to the success of the album's title track. The song "Lost on You" became an unexpected hit across Europe and Mexico well over a year after its release, becoming the fourth most Shazamed song in the world in the summer of 2016. LP is now touring in support of their sixth album, Churches, and are set to visit the Van Buren on Wednesday. Tickets for the 8 p.m. show are $35 to $38. Nick Leng opens. David Fletcher

Tuesday, May 17
Arizona Federal Theatre, 400 West Washington Street
As far as pop stars go, you really can't get much bigger than Olivia Rodrigo. Maybe that's why tickets to her show at Arizona Federal Theatre on Tuesday night are going for hundreds on the secondary market right now. With two No. 1 hits and three others charting high, the singer's 2021 release Sour was absolutely the biggest album of the year in terms of sales and acclaim, and it earned her three Grammys and a host of other awards around the globe. Rodrigo is touring with English indie-pop artist Holly Humberstone, who just recently inked a deal with Rodrigo's label Interscope. Like Rodrigo, Humberstone pushes the pop genre forward with intimate songwriting and experimental music choices. Unlike Rodrigo, Humberstone prefers a more atmospheric approach inspired by Bon Iver and Lorde over Rodrigo's pop-punk sensibility. The show is at 8 p.m. David Fletcher

Wednesday, May 18
The Underground, 105 West Main Street, Mesa
As far as American Goth-rock goes, it doesn’t get much bigger than Christian Death, a band formed in Los Angeles in 1979. The band rereleased their 1986 opus Atrocities on CD and vinyl last fall and are back on the road following the pandemic and are due at the Underground in mid-May. Christian Death, which had their biggest success on the UK charts, will have Luna 13, U.S. Grave, and Murder Me as openers during the all-ages show, which kicks off at 7 p.m. Tickets are $17 in advance, $20 at the door. David Fletcher 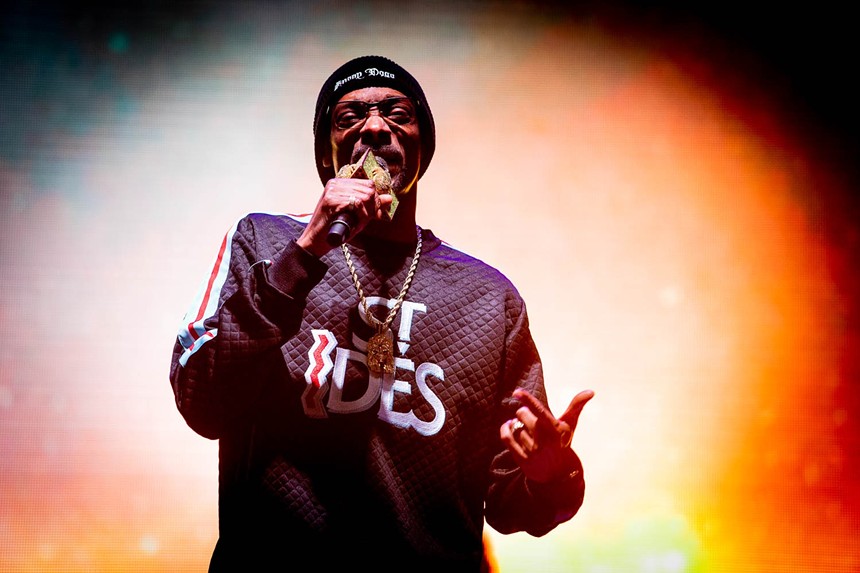 The Doggfather is set to perform at the Celebrity Theatre in July.
Jim Louvau

Thursday, May 19
The Van Buren, 401 West Van Buren Street
Almost everyone can relate to being forced to go to church as a kid, and indie-folk singer-songwriter and traveling man extraordinaire Todd Snider is no different. “I was an altar boy, can you believe that,” he says. Snider will return to the Valley on Thursday, May 19, for a performance at The Van Buren with guest Daniel Rodriguez in support of his latest release, First Agnostic Church of Hope and Wonder, named after his well-attended Sunday livestreams during the pandemic. On the 10-song album, Snider takes listeners to church and gets downright funky, something not easily done in the folk world. The album is filled with Vonnegutesque reflections on the hilarity of life and absurd aspects of some organized religions. Tickets for the 8 p.m. show are $25 to $45. Gladys Fuentes
KEEP PHOENIX NEW TIMES FREE... Since we started Phoenix New Times, it has been defined as the free, independent voice of Phoenix, and we'd like to keep it that way. With local media under siege, it's more important than ever for us to rally support behind funding our local journalism. You can help by participating in our "I Support" program, allowing us to keep offering readers access to our incisive coverage of local news, food and culture with no paywalls.
Make a one-time donation today for as little as $1.