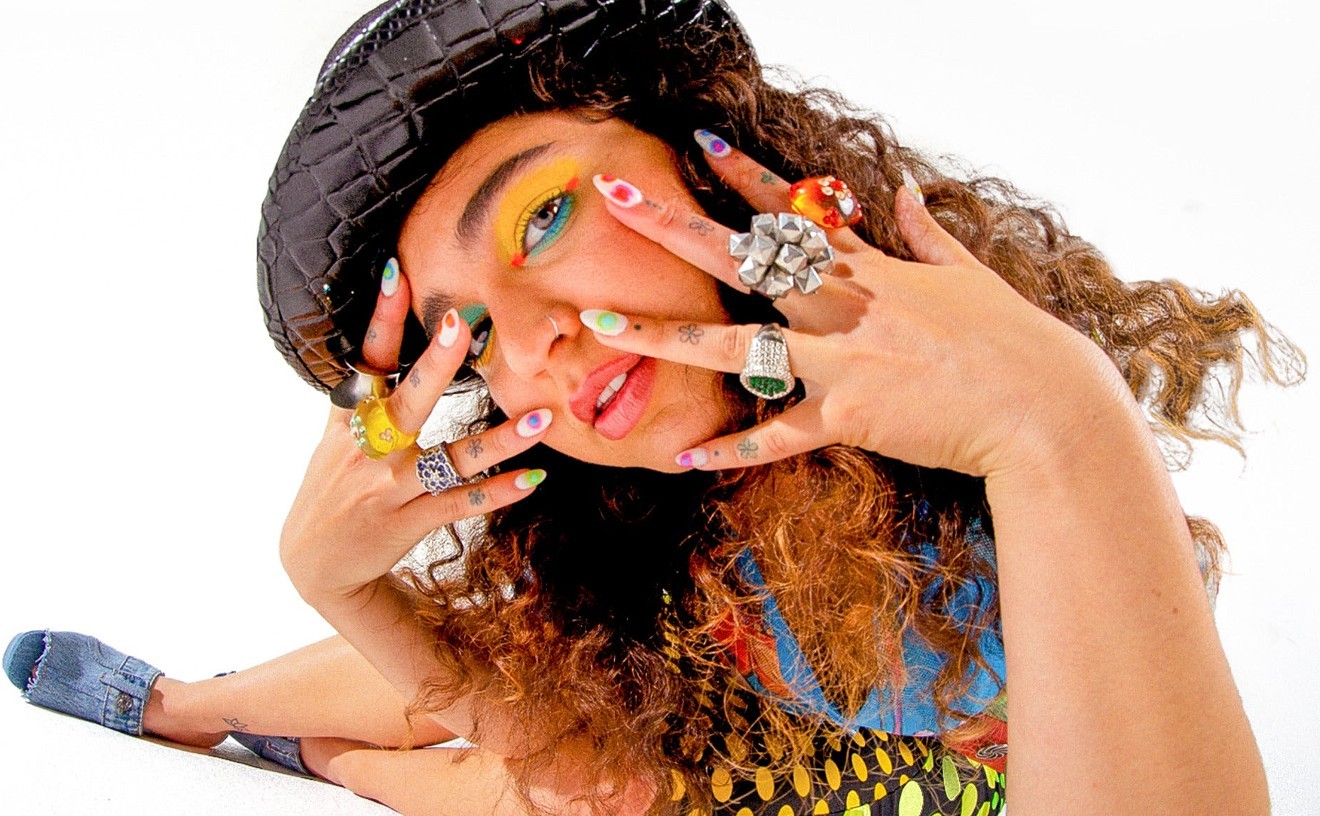 Also of note: Toadies and the Reverend Horton Heat will offer a one-two punch of rock 'n' roll with support from proto-punk/synthwave concept band Drakulas.

You can find more info about each of these concerts below or head to Phoenix New Times' online listings for more live music options happening from Monday, September 19, to Thursday, September 22.

Monday, September 19
Marquee Theatre, 730 North Mill Avenue, Tempe
Toadies will forever be known as the band behind the grunge-soaked alt-rock radio hit “Possum Kingdom,” which has gotten regular airplay since its debut as a single decades ago. The Reverend Horton Heat, born Jim Heath, is a psychobilly icon whose over-the-top sounds incorporate country-fried rockabilly and surf-metal to elements of country, punk, and swing. These two Texas-based acts, both of whom experienced their biggest success in the '90s, have joined forces for a U.S. tour that’s scheduled to stop at Tempe’s Marquee Theatre. If either of the headliners seems a bit old hat, perhaps we can interest you in opening band Drakulas, a proto-punk/synthwave concept band dressed in black turtlenecks and self-described as “[existing] in a fictionalized, late-’70s metropolis soundtracked by drugs, pornography, video games, nightclubs, art movements and a little bit of [an] occult esoterica.” Unoriginal they are not. 7:30 p.m., $25-$43 via ticketmaster.com. Benjamin Leatherman

Monday, September 19
The Van Buren, 401 West Van Buren Street
It's too bad Cyndi Lauper already called dibs on She's So Unusual as an album title in 1983, as it fits Remi Wolf like a glass slipper. Being a huge weirdo is the California singer-songwriter's whole deal: Her 2021 debut album Juno is packed to the gills with quirky lyrical asides, cartoon voices, and manic stylistic shifts from funk to indie rock to hyperactive pop. Her music video for "Liquor Store" (which looks like fisheye lens auteur Hype Williams doing an episode of Pee-wee's Playhouse) perfectly visualizes the experience of listening to her music. It’s a lot, almost too much; the fun is trying to keep up. Eccentricity will only get you so far, though: You gotta have hooks, jams, and sweet melodies to chew on. Juno has them all in spades. “Grumpy Old Man” burrows into your skull with its skipping drums and laconic bass line while “Cake” hits with the kind of rhythms that are perfect for a dance party in your living room. Remi Wolf may be a goofball but she’s serious about moving your ass. With Jelani Aryeh; 8 p.m., tickets are available on the secondary market. Ashley Naftule

Tuesday, September 20
Crescent Ballroom, 308 North Second Avenue
The musicians of experimental psych-rock quintet Kikagaku Moyo will never be accused of overstaying their welcome. After only a decade of performing and recording, the band is calling it quits after its latest world tour, citing a desire to “complete our journey on our terms, on the highest note possible” after putting out its latest album, Kumoyo Island. “So many American bands are like, ‘Grow, grow! Next! Just keep going, never stop and never end,’” guitarist Tomo Katsurada told Bandcamp Daily last month. “I find that so capitalistic. Why can’t you guys just end and do new stuff?” With their impending exit, Kikagaku Moyo, which is Japanese for “geometric patterns,” are leaving behind a legacy of high-quality psych-rock, which frequently overflows with beautifully surreal touches and profound weirdness, across five studio albums and three EPs. Their final Valley performance happens with support from Los Èsplifs. 8 p.m., tickets are available on the secondary market. Benjamin Leatherman

Tuesday, September 20
Footprint Center, 201 East Jefferson Street
The Rat Pack may be dead and gone but velvet-voiced Michael Bublé is keeping their sophisticated spirit alive. He may hawk sparkling water on TV these days but the Canadian-born crooner’s voice reminds listeners of an era where cosmopolitans and martinis were the beverages of choice. Hooked on music from an early age thanks to Bing Crosby records and his family's love of jazz, Bublé played the children's entertainment circuit and local talent shows for years in Canada before catching a break at a national talent contest. Since then, he's carved out a niche for himself as a throwback pop star, crooning "Mack the Knife" and "Moondance" with reverent melodicism. You're not getting surprises at a Bublé concert, but what you are getting is gold-plated standards and the Great American Songbook, lightly reinterpreted with tasteful arrangements and buoyed by Bublé’s charm and nimble voice. Can you dig it? 8 p.m., $45-$690 via ticketmaster.com. Ashley Naftule

Thursday, September 22
Gila River Resorts & Casinos: Wild Horse Pass, 5040 Wild Horse Pass Boulevard, Chandler
Few artists are as smooth as R&B vocal group Boyz II Men were when they dominated the ’90s. Songs like “I’ll Make Love to You,” “End of the Road,” and "It's So Hard to Say Goodbye to Yesterday" were an inescapable presence on the radio, make-out mixtapes, and the playlists of awkward high school dances everywhere. The foursome’s original lineup of Nathan Morris, Shawn Stockman, Michael McCary, and Wanya Morris crooned and charmed their way to stardom with heartfelt tunes that dominated the Billboard charts, won multiple Grammy Awards, and sold an estimated 25 million albums. They’ve been a trio since McCary left the ensemble in 2003, but have continued to tour, record, and perform, releasing seven albums since then. Boyz II Men may never replicate the heights of their heyday, but can still put on an entertaining show where they belt out their hits, none of which have lost their power or profundity over the decades. 8 p.m., tickets are available on the secondary market. Benjamin Leatherman
KEEP PHOENIX NEW TIMES FREE... Since we started Phoenix New Times, it has been defined as the free, independent voice of Phoenix, and we'd like to keep it that way. With local media under siege, it's more important than ever for us to rally support behind funding our local journalism. You can help by participating in our "I Support" program, allowing us to keep offering readers access to our incisive coverage of local news, food and culture with no paywalls.
Make a one-time donation today for as little as $1.