Duran Duran is scheduled to perform on Wednesday, September 7, at Footprint Center. Live Nation
As Metro Phoenix’s concert scene rolls through early September, the month is quickly living up to its reputation as one of the busiest periods of the year for live music with plenty of big names coming through town. This week alone, you can attend shows by English new wave legends Duran Duran, country stars Keith Urban and Dwight Yoakam, and rocker Sammy Hagar. Andrew McMahon in the Wilderness are also returning to town this week along with fellow indie rock/emo favorites Dashboard Confessional and The Juliana Theory.

Read on for more details or click over to Phoenix New Times' concert calendar for even more live music options from Monday, September 5, to Thursday, September 8.
click to enlarge

DJ/producer Ghastly, who grew up in Buckeye and got his start in the Valley dance scene.
Benjamin Leatherman

Monday, September 5
Maya Dayclub, 7333 East Indian Plaza, Scottsdale
Like many electronic dance music artists who have skyrocketed to fame in recent years, DJ/producer (and Arizona native) Ghastly has a curious origin story. Raised on a Buckeye goat farm, he started crafting beats in his bedroom at age 16 before moving to L.A. and living out of his van while attempting to break into the EDM biz. Since then, Ghastly (born David Crow), has spent the last decade or so building an impressive catalog of bass-heavy tracks, including many he’s created for Skrillex’s OWSLA label and in collaboration with such artists as Getter, Brillz, and Zomboy. This weekend, Ghastly returns to the Valley to headline the Labor Day pool party at Maya in Scottsdale. He’s played to huge crowds during his last few hometown shows, so you'd better get tickets if you hope to attend. Noon, $31 via tixr.com. Benjamin Leatherman 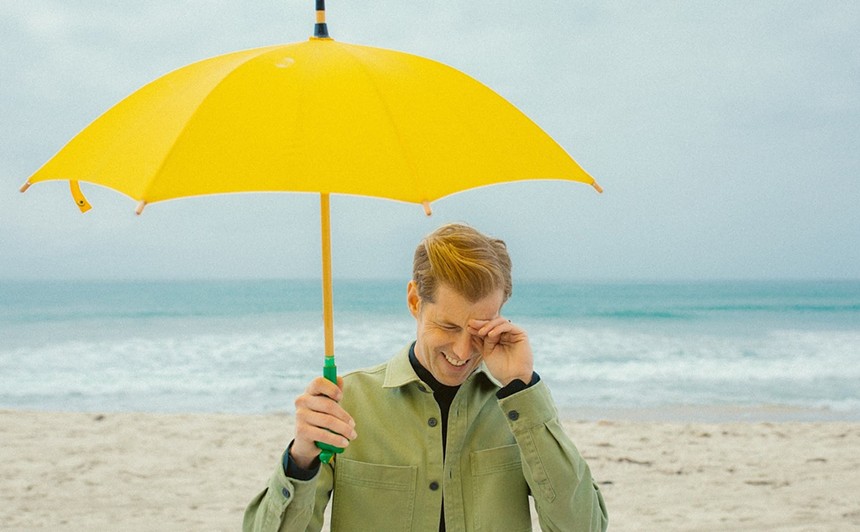 Wednesday, September 7
Arizona Financial Theatre, 400 West Washington Street
Rock may be dead but emo and pop-punk are living their best life in the zeitgeist. While the old-school arena rock favored by previous generations ages into working the nostalgia circuit, some of the most thrilling and vital guitar music being made today hearkens back to formerly critically reviled subgenres like emo and pop-punk. The whiny, mopey, brat-rock of yesterday is the artistic vanguard of today. In this current climate where groups like Origami Angel and Home Is Where are cutting game-changing albums and forty-somethings wax nostalgic over My Chemical Romance, groups like Dashboard Confessional and The Juliana Theory are beloved elders now. Confessional’s balladeering Chris Carrabba has gone from king of cringe to just plain king. Andrew McMahon's old groups Something Corporate and Jack's Mannequin paved the way for the buzzy, melodic rockers of today. They say if you live long enough you either die or become the villain, but there’s a third option: sometimes you become an institution. All hail the conquering heroes of emo. 7:30 p.m., $39.50-$108.50 via livenation.com. Ashley Naftule

Sammy Hagar (center) and the members of the Circle.
Live Nation

Sammy Hagar and the Circle

Wednesday, September 7
Ak-Chin Pavilion, 2121 North 83rd Avenue
Sammy Hagar knows what fans want to hear. The Red Rocker may have spent the last few decades fronting namesake bands like Sammy Hagar and the Circle, opening cantinas in Mexico and the U.S., or becoming a tequila baron, but it's his 11-year stint in Van Halen that looms largest in the vocalist’s career. So when Hagar and the Circle have hit the road in recent years, they’ve been playing numerous songs from his era of Van Halen (a.k.a. “Van Hagar”), including "Finish What Ya Started," "Poundcake," "Why Can't This Be Love," and (of course) "Right Now." That’s not all you’ll hear when the band rolls into Ak-Chin Pavilion this week, as covers of Led Zeppelin’s “Rock and Roll” and Montrose’s “Rock Candy” will be on the setlist along with such Hagar favorites as “Cabo Wabo,” “Three Lock Box,” and “I Can’t Drive 55.” Rock on. With George Thorogood and the Destroyers; 7:30 p.m., $25-$129.50 via livenation.com. Benjamin Leatherman

Wednesday, September 7
Footprint Center, 201 East Jefferson Street
Few album titles are as hit-the-nail-on-the-head perfect as Duran Duran’s Future Past. Once MTV pin-ups, now new wave elder statesmen, Duran Duran are still going strong in the 21st century. On last year’s Future Past, the band’s 15th album, Simon Le Bon and the boys collaborate with multiple generations of musicians. Disco god Giorgio Moroder co-produced the record with hitmaking producer Mark Ronson while modern pop diva Tove Lo and Japanese rockers CHAI guest star on two of the album’s best songs ("Give It All Up" and the bass-heavy "Anniversary," respectively). The most significant guest on the album is 90’s alt-rock icon Graham Coxon; the Blur guitarist replaced the band’s original axman, Andy Taylor, during recording sessions. The biggest surprise about Future Past is how much it sounds like classic Duran Duran without sounding nostalgic or musty. Now in his 60s, Le Bon hasn’t lost his vocal chops or his international playboy swagger. That wolfish hunger is still in his voice, and the band’s elegantly composed, rhythmic music would still sound great blaring off the bow of a yacht. With Nile Rodgers and CHIC; 7 p.m., $24.50-$160 via ticketmaster.com. Ashley Naftule

Thursday, September 8
Orpheum Theatre, 203 West Adams Street
It’s been years since Dwight Yoakam has released a new album (his last was 2016’s Swimmin' Pools, Movie Stars) and even longer since his ‘90s heyday when hits like “You're the One” and “Ain't That Lonely Yet” got regular radio airplay. That said, the Grammy-winning artist’s influence on both country and Americana is undeniable. His honky-tonk aesthetic, signature singing style (described as a "plaintive, yodel-edged voice"), and devotion to the Bakersfield sound helped lay the groundwork for such modern-day country artists and acts as Midland and Jon Pardi. And any of the folksier bands that have risen to fame over the last decade or so, from the Old Crow Medicine Show to Mumford and Sons, certainly owe Yoakam a debt. With Rob Leines; 8 p.m., $60-$100 via etix.com. Benjamin Leatherman 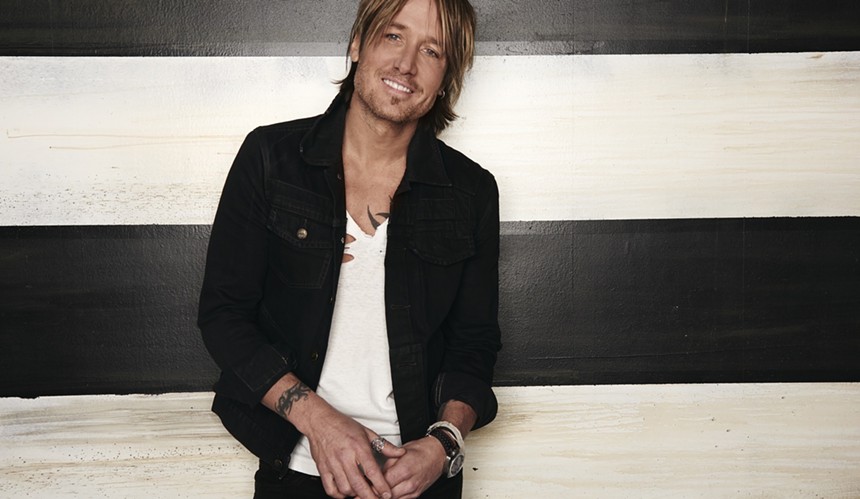 Thursday, September 8
Footprint Center, 201 East Jefferson Street
Like many of his fellow country music stars, singer-songwriter and guitarist Keith Urban has followed the hit-making formula of singing about broken hearts, drunken antics, and pickup trucks to help fuel his success over the last 30 years. For proof, look no further than the Aussie's latest smash album, 2021’s The Speed of Now, which treads on familiar territory with songs about wrecking his Chevrolet ("Live With"), romantic regret ("Superman," "Change Your Mind"), and "[spending] all my money drinking on my own" ("One Too Many"). Hey, if it ain't broke, don't fix it. Florida Georgia Line’s Tyler Hubbard and burgeoning country singer Ingrid Andress open for Urban on his current tour, which swings through downtown Phoenix this week. 7 p.m., $24.50-$274 via ticketmaster.com. Benjamin Leatherman
KEEP PHOENIX NEW TIMES FREE... Since we started Phoenix New Times, it has been defined as the free, independent voice of Phoenix, and we'd like to keep it that way. With local media under siege, it's more important than ever for us to rally support behind funding our local journalism. You can help by participating in our "I Support" program, allowing us to keep offering readers access to our incisive coverage of local news, food and culture with no paywalls.
Make a one-time donation today for as little as $1.