Banks is scheduled to perform on Monday, September 25, at The Van Buren. Courtesy of Harvest Records
Downtown Phoenix's status as the biggest live music hub in the Valley is pretty much an undisputed fact by now. If you somehow need further convincing, however, check out our list of best concerts this week, a majority of which will be happening at venues in and around downtown.

That's not to say there aren't noteworthy shows happening elsewhere in the Valley this week, as Danzig will be at the Marquee Theatre in Tempe and Depeche Mode will hit Ak-Chin Pavilion.

Details about all of these gigs can be below. And if you’re interested in even more music events happening this week, either in downtown or otherwise, hit up our online concert calendar. 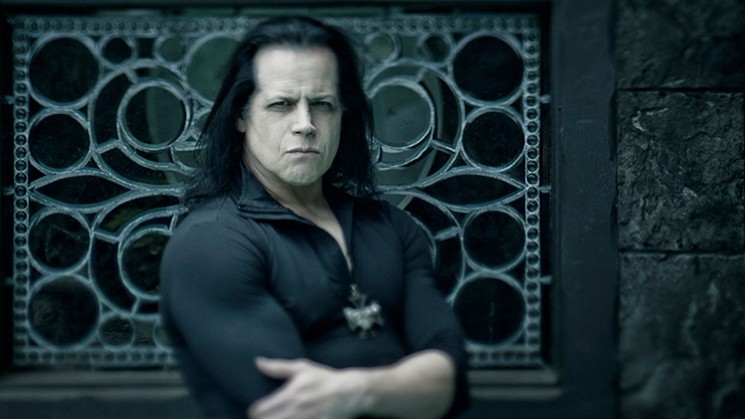 It seems like Glenn Danzig is always pissing someone off. Recently, he was in the news for defending some of President Donald Trump’s immigration policies, annoying some of his more liberal fans. And you can’t mention his name in Phoenix without someone excitedly reminding you of the time local musician Danny Marianino punched the stocky Danzig square in the face during a backstage altercation.

The New Jersey-born vocalist originally gained popularity fronting horror punk bands Misfits and Samhain. The former got going in the late ’70s, and its releases (with hits like “Astro Zombies” and “Night of the Living Dead”) are staples in old-school punk record collections.

In 1987, the veteran rocker formed Danzig, which he currently fronts, trading in those hooks that made the Misfits tunes catchy for a turn to the heavier side. Later, the style got a bit more industrial and experimental. No matter the style, the music is cut with his bellowing voice and affinity for dark themes. California metal band Deafheaven opens. Much more subtly dark than Danzig, their spookiness comes from a blend of sonic noise with built-in math-y constructs that parallels a wall of equally vicious vocals. Amy Young

Jon Bellion cites Kanye West as an influence; he even went as far as dropping out of college to take on music as a career. Just like Yeezus himself, it seems like his determination paid off. Bellion wrote the hook to the Eminem and Rihanna single, "The Monster," and ever since then, Bellion's been slowly garnering more and more attention.

As a pop artist, Bellion has let the rap influence change up the usual pop artist plan of action by releasing a slew of mixtapes before a proper release. His most recent tape is The Definition, which opens on probably the most recognizable thing Kanye West has ever said (well, on an actual song), "Wait 'till I get my money right," and filled to the brim with grandiose pop ballads. Ditto for Bellion’s 2016 album, The Human Condition, which hit #5 on the Billboard 200 and eventually went gold. H. Drew Blackburn 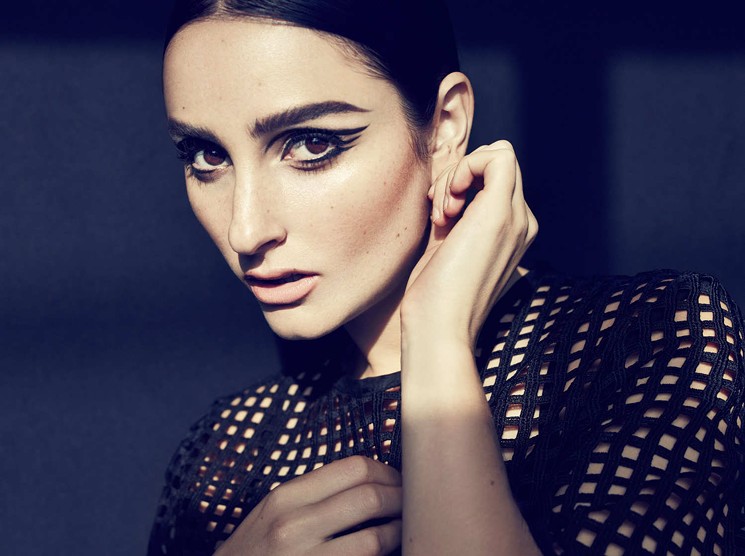 Much like her mentor and former tour mate The Weeknd, Jillian Rose Banks is part of a wave of nu-soul singers who filter their R&B reveries through a synthesized, hip-hop lens. “So I got edges that scratch,” she purrs. “But I’m so tired of eating all of my misspoken words.” Even as she scratches out her own identity and finds herself “beggin’ for thread to sew this hole up that you ripped in my head,” the accompanying music is often sleek and smoothly soothing, a lulling contrast to her restless mind.

Banks’ 2014 debut, Goddess, brims with mysterious, moody, and shadowy idylls such as “Drowning” and “Brain.” On the title track, she anoints herself a goddess, even as she struggles with self-doubt. She apparently resolved such issues on the 2016 follow-up, The Altar, on which, as one critic notes, Banks “combines unbending confidence, warts 'n all detail and gigantic choruses in the same move.” Falling James Few – if any – bands in the past few years have had the ascent like Imagine Dragons have had. A few short years ago, if a group headlined venues like Comerica Theatre, then they were ready for even bigger locales. And with good reason.

The Las Vegas natives have been as close to a sure bet on rock radio when it comes to their abundance of hits. If “Radioactive” put them on listeners’ radars, then “Demons” and “I Bet My Life” off the band’s sophomore effort Smoke + Mirrors cemented them as fixtures on many people’s dial. In the midst of a headlining arena tour, the group will bring its explosive live show that’s won them plaudits to Talking Stick Resort Arena to further prove that they aren’t a one-album wonder. Grouplove and K.Flay will open. Daniel Kohn Every now and again, an act like PVRIS comes along, ticking a bunch of boxes that should lead to a healthy career on modern radio: a crafty blend of electro-pop and pop-punk; a dark aesthetic that will push plenty of units at Hot Topic, and a singer with a voice just strong enough to make people stop and pay attention. (Check out their cover of Sia’s “Chandelier” for proof.)

But success for PVRIS could be bigger than just being happy for a talented band making it; for young girls who don’t see themselves onstage often enough and for queer teens in love with a genre that hasn’t always been the most friendly to them, seeing a band like them succeed has a bigger meaning. Is thinking about the big picture premature? Perhaps, but just being able to have a picture to think about at all is a pretty big step. Cory Garcia