Gary Clark Jr. is scheduled to perform on Tuesday, September 7, at The Van Buren. Frank Maddocks
From gigs featuring poolside EDM ragers with crowds going hard to quiet and intimate folk-rock sessions, the Valley's biggest concert and music events this week will run the gamut from wild and crazy to subdued and sublime.

There will also be performances by hardcore icons, artists mixing blues-rock with soul, post-punk darkwave bands, prog-rock legends, and energetic gypsy punk freakazoids. We’re leaving it up to you to decide which sound corresponds to which artist on the following rundown of the best metro Phoenix concerts happening from Monday, September 6, to Thursday, September 9.

Details about each of these events are included. For even more live music happening around the Valley, check out Phoenix New Times' online concert calendar. Keep in mind, though, that the Delta variant of COVID-19 is a growing danger right now and venues will be crowded with people at many events. If you’re going to attend, we encourage you to take precautions like wearing masks or maintaining social distancing.

When Paul Baümer and Maarten Hoogstraten began making music together at the Bingo Players in the Netherlands in 2006, they built up a respectable following in Europe on the backs of their underground tech-house. But it wasn't until dance music exploded in the U.S. in the 2010s that they broke through into mainstream success with their massive hits “Devotion,” “Cry (Just A Little),” and “Rattle.”

Sadly, despite the band's name, Bingo Players has been Hoogstraten’s solo project since Baümer died of cancer in 2013. It was Baümer’s wish that Maarten keep the dream alive, and Hoogstraten is still putting out incredible music, like his recently released collab with Zookëper, “Do What You Like.” Both artists will headline the Labor Day pool party at Maya Dayclub, 7333 East Indian Plaza in Scottsdale, on Monday, September 6. Gates open at noon and tickets are $15. Adam Foster

Terror at The Rebel Lounge

Los Angeles-based five-piece Terror formed in 2002, after the '90s golden years, when hardcore was still hard. Still, burly frontman Scott Vogel and company have from the beginning fought the good fight, keeping the music pummeling and punishing but without any of deathcore trappings. Whenever Terror flirts with metal, it's how it should be done properly in hardcore – with lightning-speed riffs and solos, harking back to classic thug-thrash acts like MOD.


Terror has been rewarded with a fiercely loyal following and relatively high sales for its scene. The band's 2006 album, Always the Hard Way, even hit the Billboard Heatseekers and Top Independent Records charts. Of course, it helps that Vogel was long popular for fronting legendary Buffalo, New York, bands like Slugfest, Despair, and, most famously, Buried Alive. Live, he is notoriously, gleefully erratic, spewing commands that are collected on the internet as "Vogelisms." Hear them for yourself on Monday, September 6, when Terror comes to The Rebel Lounge, 2303 East Indian School Road. Drain, One Step Closer, and Dare will open the 8 p.m. show. Tickets are $20. Arielle Castillo

Gogol Bordello at The Van Buren

Gogol Bordello's pulsing Mediterranean sound and sljivovica-drenched stage presence have found eager listeners from around the globe for decades. Gogol centers around frontman Eugene Hütz, who first assembled a motley crew of Eastern European ex-pats from various NYC bars and loft parties in the late '90s. The band burst upon the NYC scene with a drunken, all-night party, drawing on Hütz's itinerant background and love of rebel cultures.

In Gogol's world, manic punk energy meets tribal drums as a dub bassline thumps along and accordion lines flutter above like hummingbirds over the Danube. Typical of the downtrodden throughout history, the group flips a bleak existence into a party. And through his impassioned delivery and earthy accent, Hütz imparts a message of unity through music, striking a nerve. But live is where Gogol Bordello must be experienced to really feel the true energy of the band. Experience it first-hand at The Van Buren on Monday, September 6. NuFolk Rebel Alliance opens the 8 p.m. show. Tickets are $30 to $35. Toph One 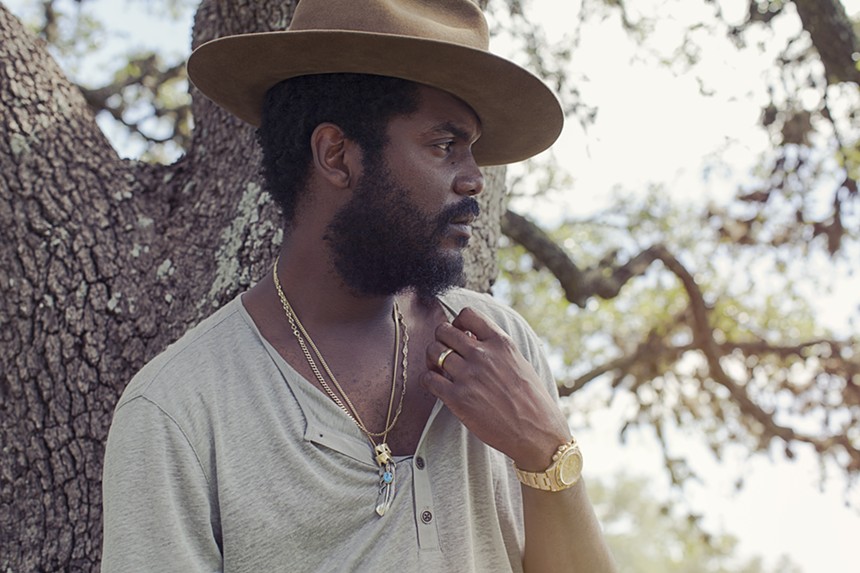 For over a decade now, Austin’s blues-rock and soul artist Gary Clark Jr. has been keeping real roots rock ‘n’ roll alive and kicking, racking up just about every award possible in the genre. Heralded by Rolling Stone as the “Best Young Gun” upon the release of his debut EP in 2011, Clark went on to win Best Rock Song and Best Rock Performance at the 2020 Grammy Awards.

Twin Tribes at The Rebel Lounge

Texas-born indie band Twin Tribes is bringing its darkwave, synthesized post-punk sound to The Rebel Lounge, 2303 East Indian School Road, on Wednesday, September 8, for a mid-week performance. The duo made up of Luis Navarro on vocals, guitar, synth, and beats, as well as Joel Niño Jr. on bass, synth, and vocals, released its debut album Shadows in 2018. In the music video for the title track, which earned more than a quarter-million views on YouTube, the band displays an apparent affinity for the occult, with visuals of ritualistic activities, including cannibalism. Three more albums have followed, including 2019’s critically acclaimed Ceremony and this year’s Altars, which features songs from Twin Tribes’ discography remixed by fellow darkwave bands. Chicago’s Wingtips and local dance-punk/New wave band Paper Foxes will open for Twin Tribes at their Rebel Lounge gig. Doors are at 7 p.m. Tickets are $13 in advance, $15 on the day of the show. Jacob Vaughn

Styx is still straddling a line between being an arena rock band and a progressive rock band. They're going to play a couple of more recent songs, but expect their two-night stint at Celebrity Theatre, 440 North 32nd Street, on Wednesday, September 8, and Thursday, September 9, to also be hits-laden gigs. Songs like "Lady," "Renegade," and "Too Much Time on My Hands" will be performed by a lineup that has been together for more than years. Lawrence Gowan has proved to be a suitable replacement for Dennis DeYoung since he can replicate DeYoung's vocals and not come across as a Svengali. Tommy Shaw and James "J.Y." Young seem happy touring with this version of their band, and most Styx fans do, too. The concerts start at 8 p.m. either night. Tickets are $40 to $204. Eric Grubbs

Malian guitarist and singer Vieux Farka Touré plays the six-string with skill and intuition. The son of Grammy-winning musician Ali Farka Touré, Vieux has become renowned in his own right, performing fluid guitar riffs in intricate, genre-crossing compositions that also have hints of dub, reggae, funk, and psychedelic rock. (There are even bits of African desert blues, one of his father’s specialties.) The younger Touré’s has been compared to the works of Eric Clapton and the Allman Brothers over the years and he’s toured the world and played a number of festivals, including Bonnaroo, Bumbershoot, and Arizona’s FORM Arcosanti. This week, Touré comes to the Musical Instrument Museum, 4725 East Mayo Boulevard, for a performance at 7 p.m. on Wednesday, September 8. Tickets are $38.50 to $44.50. Amanda McCorquodale and Benjamin Leatherman

Chris Daughtry is coming to Scottsdale this week.
Greg Watermann

Vocalist and guitarist Chris Daughtry didn’t even win the fifth season of American Idol back in 2006 (he finished fourth), but his namesake post-grunge/pop-rock band are still going strong. They’ve put out six albums over the last 15 years, including their chart-topping self-titled debut. (Their latest record, Dearly Beloved, drops next week.) Hopefully, we can still count on hearing radio-rock anthems like “It’s Not Over” and “Home” during the band’s concert at 8 p.m. on Thursday, September 9, at Scottsdale’s Talking Stick Resort, 9800 East Talking Stick Way, in addition to new material. Tickets are $35 to $135. Chelsey Norris 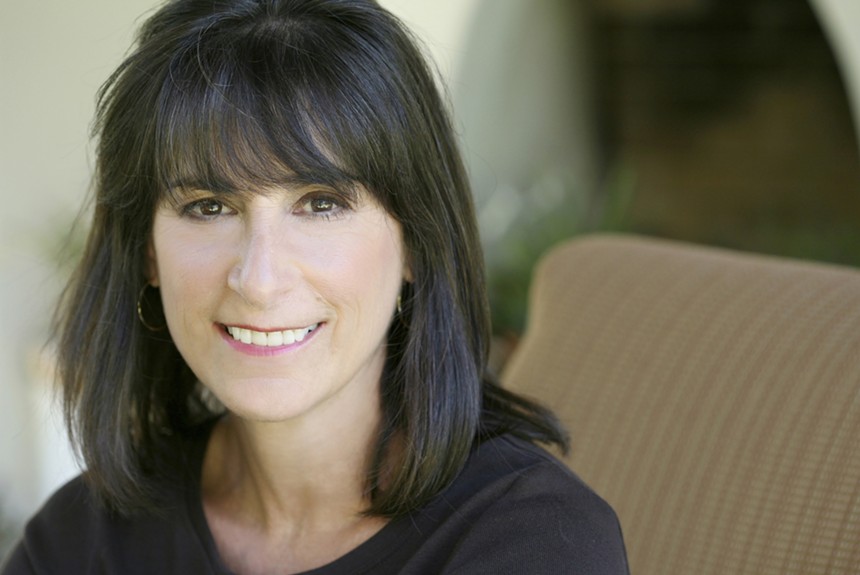 Singer-songwriter Karla Bonoff’s place in folk-rock history is secure. While attending shows at famed L.A.’s famed Troubador club in the '60s, she met other aspiring singer-songwriters like Jackson Browne and James Taylor, later forming her own band Bryndle. One of its members knew Linda Ronstadt and shared Bonoff’s material with her, resulting in the folk legend using three songs on the 1976 album Hasten Down the Wind. It earned Bonoff her own recording contract and the chance to pen songs or perform as a backup singer for Warren Zevon, Bonnie Raitt, Wynonna Judd, and others. Bonoff is scheduled to perform at 7:30 p.m. on Thursday, September 9, at the Musical Instrument Museum, 4725 East Mayo Boulevard. Tickets are $38.50 to $46.50. John Ferri and Benjamin Leatherman

The members of local band The Color 8.
Iryna Glavnyk

The Color 8 at The Rebel Lounge

The Color 8 are a genre-less band with a growing reputation. According to bassist Jeremiah Smith, while their genre-bending is unusual, their formula is simple. “We play all types of music because we like playing all types of music,” he says. Their songs are a fitting encapsulation of the band: fun, dynamic, and full of grooves. It inspires both swaying and head-banging. Meander into one of The Color 8’s shows, and you’ll hear Rage Against the Machine-style guitar riffs, extended sax solos, rapid-fire freestyling, and a drum-and-bass rhythm section that could hang in any jazz club.


The Color 8 is scheduled to perform on Thursday, September 8, at The Rebel Lounge, 2303 East Indian School Road. Prime Society, Reagan Capaci, and Pariah Pete will open the 8 p.m. gig. Admission is $12. Anthony Wallace
KEEP PHOENIX NEW TIMES FREE... Since we started Phoenix New Times, it has been defined as the free, independent voice of Phoenix, and we'd like to keep it that way. With local media under siege, it's more important than ever for us to rally support behind funding our local journalism. You can help by participating in our "I Support" program, allowing us to keep offering readers access to our incisive coverage of local news, food and culture with no paywalls.
Make a one-time donation today for as little as $1.