Black Joe Lewis is scheduled to perform on Wednesday, January 12, at Crescent Ballroom. Mason Jar Media
As you’re probably aware by now, the highly contagious Omicron variant of COVID-19 has been surging throughout Arizona in recent weeks. (It’s reportedly the dominant strain of the virus at the moment.) As a result, multiple concerts and other local music events have been postponed or canceled outright.

Many shows are still happening, though. If you’re vaccinated, boosted, masked up, and believe attending a concert is a manageable risk, we’ve assembled a list of a handful of worthwhile gigs happening in metro Phoenix from Monday, January 10, to Thursday, January 13. Keep your vax cards handy, as most local venues will require them in order to get through the door. (Visit the ticketing pages for each event for more information.)

Mother Mother at The Van Buren

It's not often one hears a musician proclaim he wants to start a "vocal-driven pop band," but such was the case with Mother Mother guitarist/frontman Ryan Guldemond. But why aim for such commonplace pop fare? Because this is the kind of music the generally unaware music populace loves — it doesn't require any thought to subconsciously tap one's foot or nod one's head — and they buy a lot of it. The Canadian band, which also includes vocalists/keyboardists Molly Guldemond and Jasmin Parkin, and drummer Ali Siadat, received a jump start to success when New Pornographers producer Howard Redekopp signed on to work his pop magic. So for Mother Mother, the concept has worked well enough, signified by the release of e albums, nominations for assorted awards (mostly Canadian), and a few hit tracks (including “Bright Idea,” which was featured in a series of Kraft food commercials). They’re scheduled to perform on Tuesday, January 11, at The Van Buren, 401 West Van Buren Street. Singer-songwriter DYLYN opens the 8 p.m. show. The concert is officially sold out but you can score tickets through various resellers. Glenn BurnSilver

The music world is filled with many rags to riches tales, but none are as captivating as D Smoke’s rise to fame. The Inglewood, California-based rapper (born Daniel Anthony Farris) endured a difficult childhood where his mother, a backup singer for Michael Jackson and other artists, struggled with drug addiction while his father spent time in and out of prison. While working as a teacher and rapping as a side hustle, D Smoke was thrust into the hip-hop spotlight in 2019 when he won the inaugural season of Netflix reality show Rhythm + Flow. The following year, he released the critically lauded LP, Black Habits, which earned him Grammy nominations for Best Rap Album and Best New Artist. Since then, he’s dropped another studio album (last year’s War & Wonders) and collaborated with the likes of Snoop Dogg and Ty Dolla $ign. D Smoke is set to take the stage at Valley Bar, 130 North Central Avenue, on Wednesday, January 12. Angelina Sherie, Domani, and Tiffany Gouché share the bill for the 8 p.m. show. Tickets are $25. Benjamin Leatherman

Blues, funk, soul, country – why pick one when you could have them all? That’s the ethos behind Austin, Texas, native Black Joe Lewis, who has caught so many comparisons to so many different artists, it’s hard to list just a few (but we’ll try: James Brown, Howlin’ Wolf, The Gun Club, Sam Cooke, the Stax Records lineup, and so on). He’s like a compendium of American music history, smashing every great genre from the 20th century together in a guitar-laden smorgasbord on his various albums. You might learn something when he comes to Crescent Ballroom, 308 North Second Avenue, on Wednesday, January 12, along with blues musician and guitarist Cedric Burnside, the grandson of the legendary R. L. Burnside. Their gig starts at 8 p.m. and tickets are $25 to $35. Douglas Markowitz


Supersuckers at The Rhythm Room

The Supersuckers started when, as a boy in Tucson, lead singer and bassist Eddie Spaghetti heard "My Sharona" by The Knack, which hooked him on rock 'n' roll. He formed The Supersuckers with a group of friends in the late '80s. That motley crew relocated to Seattle right when the grunge movement exploded to national attention. They signed to Sub Pop (the same record label Nirvana was on) but weren't easy to typecast into the super-serious, woe-is-me scene America came to associate with Seattle. The Supersuckers had a lighter tone and embraced the ridiculous, right down to Spaghetti's trademark cowboy hat. The band would eventually find its voice and build a two-decadelong career touring around the country. They’re scheduled to perform on Wednesday, January 12, at The Rhythm Room, 1019 East Indian School Road. Americana artist Scott H. Biram opens the 8 p.m. show. Tickets are $15 to $20. David Rolland 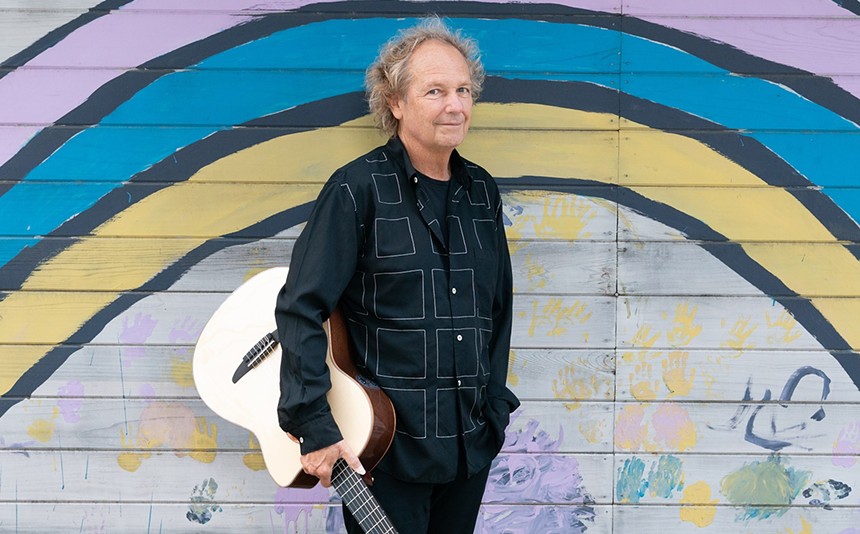 Lee Ritenour’s nickname is “Captain Fingers,” and if that sounds a little cheesy, consider when he got it. The classically trained pop and jazz-fusion guitarist earned the title in the mid-’70s while logging many studio hours in his early twenties as one of the most sought-after session players in Los Angeles.
He was a founding member of contemporary jazz group Fourplay and played on albums for everyone from Barbra Streisand to Pink Floyd. Since Ritenour’s sideman days, he's released 34 solo albums, the latest of which is 2020’s Dreamcatcher. He’s currently touring and performing with longtime collaborator Dave Grusin, the Oscar-winning composer and pianist who’s scored more than 60 films, including The Graduate, On Golden Pond, Tootsie, and event The Goonies. The two will play a two-night stint at the Musical Instrument Museum, 4725 East Mayo Boulevard, starting on Thursday, January 13. Performances are at 7 and 9 p.m. Tickets are $33.50 to $49.50. John Ferri and Benjamin Leatherman
KEEP PHOENIX NEW TIMES FREE... Since we started Phoenix New Times, it has been defined as the free, independent voice of Phoenix, and we'd like to keep it that way. With local media under siege, it's more important than ever for us to rally support behind funding our local journalism. You can help by participating in our "I Support" program, allowing us to keep offering readers access to our incisive coverage of local news, food and culture with no paywalls.
Make a one-time donation today for as little as $1.