Robert DeLong is scheduled to perform on Tuesday, January 25, at the Rebel Lounge. Glassnote Records
COVID-19 and its Omicron variant are still very much a thing right now. That isn't stopping concerts from happening at metro Phoenix venues, though, nor is it keeping residents from attending them. If you happen to be vaccinated, boosted, masked up, and believe attending a concert is a manageable risk, we’ve assembled a list of a handful of the best shows happening in the Valley from Monday, January 24, to Thursday, January 27.

It includes such artists and acts as electronic musician Robert DeLong, blues-rock act All Them Witches, jam band Goose, and folk/Americana oddities David Huckfelt and Howe Gelb. They're all scheduled to perform locally this week, as is soul/R&B performer Allen Stone and singer-songwriter Joan Osborne.

Read on for details about each of these gigs or click over to Phoenix New Times online concert listings for more live music happening this week.

Allen Stone was raised by a preacher and then someone played him Songs in the Key of Life and now we have the tradition of Motown living within a long-haired ginger. According to the wisdom of Cartman, gingers have no soul ... so, this is all very strange. For when Stone opens his mouth and releases that angelic voice onto the world, you picture the sun rising over the horizon. Listen to tracks off Apart, his latest album, and you'd think he kidnapped Stevie Wonder and secreted him into the studio. With his ability to hit the highest notes capable by male earthlings, Stone’s music breathes life into your bones. He’s due at Crescent Ballroom, 308 North Second Avenue, on Monday, January 24. Tickets for the 8:30 p.m. show are $32 to $132. Hank McCoy


Robert DeLong at The Rebel Lounge

Electronic musician Robert DeLong swings through the Rebel Lounge, 2303 East Indian School Road, on Tuesday, January 25, in support of his latest release, Walk Like Me. DeLong has had a long way up since the release of his breakthrough single, "Long Way Down," in 2014. The artist built a reputation for his live performances through his use of innovative technology and by building a sense of community at his shows where face painters adorn audience members' faces as though they were a part of some psychedelic tribe. Though DeLong has lost the face paint over the years, the thrilling live shows remain. A multi-instrumentalist, DeLong uses keyboards, drum set, drum pads, laptops, and sometimes gaming controllers to create his music. The show starts at 8:30 p.m. and pop/hip-hop act Day Tvvo opens. Tickets are $25. David Fletcher 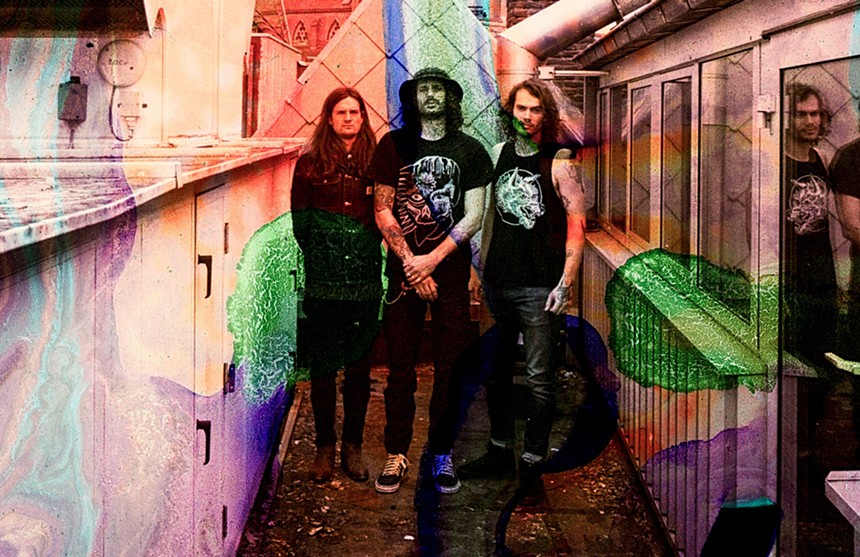 All Them Witches at Crescent Ballroom

Nashville rock band All Them Witches has recently concluded its East Coast swing with L.A. Witch and is now headlining its own national tour, making a stop at Crescent Ballroom, 308 North Second Avenue, on Tuesday, January 25, with opening support from Portland's all-female heavy psych band Blackwater Holylight. A blues-rock band at its core, All Them Witches employs the spacey sounds of psychedelia with the ominous drones of doom rock as a kind of comment on the blues that preceded them. This is not the blues of Robert Johnson, John Mayall, or even .38 Special, but the blues of a new generation bombarded by outside influences both musical and cultural, in playlists that span multiple genres and a world where information is persistent and bleak. It's the pre-apocalypse blues. All Them Witches' latest album, Nothing as the Ideal, was released in late summer 2020 to mostly positive reviews. The show kicks off at 8 p.m. Admission is $18. David Fletcher

Joan Osborne at Scottsdale Center for the Performing Arts

Joan Osborne, the widely celebrated singer-songwriter who dominated top 40 radio in late ’95/early ‘96 with her hit song, "One of Us" and whose albums have garnered seven Grammy nominations, is coming to the Virginia Piper Theatre at Scottsdale Center for the Performing Arts, 7380 East Second Street, on Wednesday, January 26. Osborne, who’s touring behind 2020’s Trouble and Strife (her 10th studio album), won’t be alone, as she shares the bill with harmonious indie pop-folk singer-songwriters Steve Tannen and Deb Talan, better known as The Weepies. The concert starts at 7:30 p.m. and tickets are $36 to $48. Clarissa Buch and Benjamin Leatherman

Jam bands tend to get a bad rap for playing wandering guitar solos and a lack of familiar song structure, but there's something about Goose that cuts through the typical jam band label. Perhaps it's that their sound is not like that of prototypical jam bands such as Phish or the Grateful Dead, eschewing that kind of blues-rock psychedelia that calls to mind images of hippies rolling in mud. Instead, Goose plays the energetic style of jazz-rock that bands such as Steely Dan and Chicago played with intelligence, precision, and a whole lot of style. However, much in the way of the Grateful Dead, many of Goose's concerts have been recorded and are available on Spotify, and if those live albums are any indication, concertgoers can expect a complete musical experience on Wednesday, January 26, at Marquee Theatre, 730 North Mill Avenue in Tempe. Doors are at 6:30 p.m. and tickets start at $29.50. David Fletcher

Howe Gelb has recorded some of the most curious American music of the last 30 years. Whether solo, with his former band Giant Sand (which went defunct earlier this year) or with collaborators that have included PJ Harvey and Neko Case, Gelb has been a master of the unpredictable, offering up everything from tinkling piano rags to bombastic, noisy rock. Among the wild swings from highbrow to lowbrow and the moments of meticulous musicianship that suddenly collapse into muddy distortion, Gelb manages delicate restraint. He’s scheduled to perform at the Musical Instrument Museum, 4725 E. Mayo Boulevard, on Thursday, January 27, along with David Huckfelt, the guitarist, vocalist, and co-founder of folk-rock act The Pines. Their show is at 7:30 p.m. and admission is $28.50 to $38.50. Troy Schulze
KEEP PHOENIX NEW TIMES FREE... Since we started Phoenix New Times, it has been defined as the free, independent voice of Phoenix, and we'd like to keep it that way. With local media under siege, it's more important than ever for us to rally support behind funding our local journalism. You can help by participating in our "I Support" program, allowing us to keep offering readers access to our incisive coverage of local news, food and culture with no paywalls.
Make a one-time donation today for as little as $1.