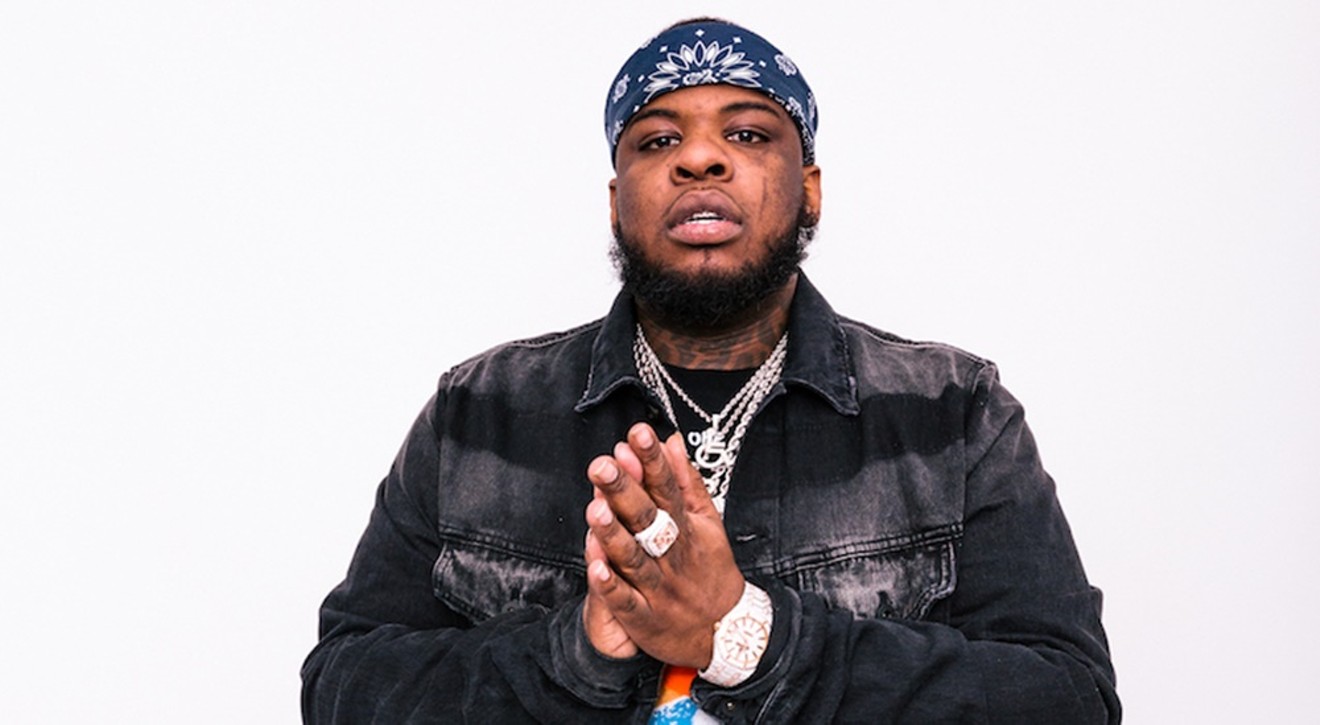 Read on for a glimpse at other worthwhile gigs happening from Monday, March 7, to Thursday, March 10, around town. Or click over to Phoenix New Times’ online concert listings for more live music options.

Keep in mind, COVID-19 and its ultra-contagious Omicron variant are still an issue (even with case numbers dropping) and all the venues mentioned will require proof of vaccination or a recent negative test result to attend.


The English Beat at Marquee Theatre

Any '80s-era ska-revival fan worth his or her checkered glad rags remembers the English Beat's cheerful way with a politically charged song — whether it called for peace, love, unity, or Margaret Thatcher's ouster. Birmingham's premier roughriders even managed to make Andy Williams seem cool, covering his sappy "Can't Get Used to Losing You." But three albums into it, the Beat sadly dispersed: Co-frontmen Dave Wakeling and Ranking Roger pursued soul-tinged horizons with General Public, while ace reedsman Saxa, the first-wave alum of Prince Buster and Desmond Dekker, formed International Beat with rocksteady drummer Everett Moreton, and the rest of the lads formed Fine Young Cannibals. Hardly reunited, they’ve operated as two separate and distinct acts since the early 2000s: a U.K.-based version featuring Ranking Roger and one that performs in the U.S. that’s fronted by Wakeling. The latter comes to the Marquee Theatre, 730 North Mill Avenue in Tempe, on Monday, March 7. Doors are at 7:30 p.m. and tickets are $23 to $53. John La Briola

Greg Ormont likes to get funky — and so does his band. The curly-haired guitarist and vocalist for Pigeons Playing Ping Pong says his jam-centric group has been focused on having fun since its beginning in 2009. Pigeons, which describes its music as high-energy psychedelic funk, released its fifth studio album, Presto, last year. Holding to its established ethos, the group is not afraid to let its musical freak flag fly and have been frequent visitors to the Valley over the past decade. They’re scheduled to perform at Tempe’s Marquee Theatre, 730 North Mill Avenue, on Tuesday, March 8. Doors open at 7 p.m. and tickets are $23 to $58. Nick Hutchinson


Mayhem at The Nile Theatre

Norway's Mayhem needs little introduction; formed in 1984, they’re seen as one of the pioneers of the Norwegian black metal scene, with a career that has not only been controversial – think gory stage performances, animal blood, and a tumultuous history fraught with two different members of the band being murdered – but an incredible raw sound that has paved the way for hundreds of black metal musicians. Their current tour, which is in support of their 2021 album, Atavistic Black Disorder / Kommando, which comes to The Nile Theatre, 105 West Main Street in Mesa, on Wednesday, March 9. The show is at 7 p.m. and speed metal act Midnight will open. Tickets are $30 to $37.50. Lauren Wise and Benjamin Leatherman

With an affinity for Louis Armstrong, Django Reinhardt, and Fats Waller, New York's The Hot Sardines clearly know their way around hot jazz and Dixieland. Fronted by pianist-bandleader Evan "Bibs" Palazzo and Paris-born singer Miz Elizabeth, the ensemble serves up some energetic foot-stomping jazz while laying back on some gorgeous ballads found in their discography, including 2019’s Welcome Home, Bon Voyage. The Hot Sardines' latest Valley performance is on Wednesday, March 9, at the Musical Instrument Museum, 4725 East Mayo Boulevard. Shows are at 7 and 9 p.m. Tickets are $33.50 to $54.50. Tom Murphy

After scoring her first paid gig as a musician at 19, Judy Collins decided to hit the road and has barely stopped performing in the 60 years since. Her latest tour brings her to the Celebrity Theatre, 440 North 32nd Street, on Thursday, March 10, where she promises to perform all the hits like "Both Sides Now" and "Send In the Clowns," but she's also exceptionally proud to play some new tunes from her new album, Spellbound, which was released last month. She recorded Spellbound over two years, starting in 2019 and working throughout the pandemic. The album is the 29th in her career, but it's the first on which Collins wrote every single song. Her performance starts at 7:30 p.m. and tickets are $24 to $54. David Rolland
click to enlarge

Houston-born rapper Maxo Kream has been slinging rhymes for a decade now,
and has earned plenty of ink for his efforts. Publications such as XXL and Spin have lauded his storytelling abilities, straightforward demeanor, and the raw honesty of his lyrical content, which has typically focused on his life and harsh upbringing. Mixtapes like #Maxo187 and albums like last year's Weight of the World have featured tracks where Kream raps will his trademark gruff vocals about the struggles of living in the projects while yearning for a better life for his family.While the shows on his latest tour, which comes to Crescent Ballroom, 308 North Second Street, on Thursday, March 10, will feature plenty of hits from his previous albums Punken and Brandon Banks, as well as mixtape classics like Fetti, expect to hear plenty of material from Weight of the World. The show starts at 7 p.m. and Peso Peso and Lul Bob open. Tickets are $25. Benjamin Leatherman
KEEP PHOENIX NEW TIMES FREE... Since we started Phoenix New Times, it has been defined as the free, independent voice of Phoenix, and we'd like to keep it that way. With local media under siege, it's more important than ever for us to rally support behind funding our local journalism. You can help by participating in our "I Support" program, allowing us to keep offering readers access to our incisive coverage of local news, food and culture with no paywalls.
Make a one-time donation today for as little as $1.