It’s the biggest concert happening in metro Phoenix from Friday, October 1, to Sunday, October 3, but not the only prominent one. AJJ will hold its first local show in almost two years, Alanis Morissette and Maroon 5 are rolling into the Valley, and R&B/soul icon Chaka Khan will perform at Celebrity Theatre.

Read one for even more shows in the Valley this weekend or click over to Phoenix New Times' online concert calendar. Keep in mind, though, that the Delta variant of COVID-19 is a growing danger right now and multiple local venues have started requiring proof of vaccinations or a recent negative test result to attend shows. More info can be found on the ticket sites for each gig. 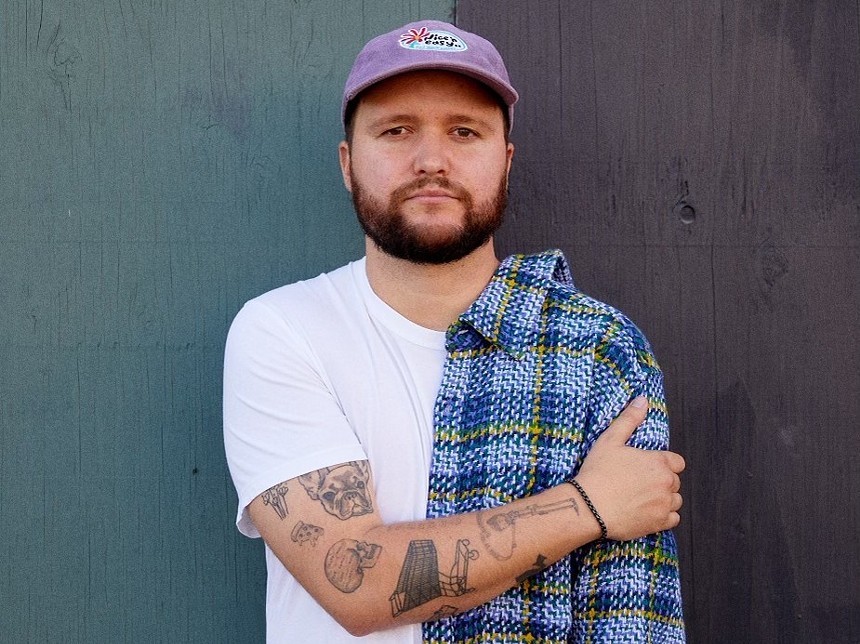 Quinn (real name Mikael Temrowski) evolved quickly from being a dorm-room producer to a bona fide indie pop star blurring the lines between hip-hop, electronica, pop, and soul. He's built his career on affectionate, catchy, introspective, and youthful songs. His latest album, Change of Scenery II, dropped back in March. He’s currently touring with indie-pop singer-songwriters Tai Verdes and Chelsea Cutler and is set to perform on Friday, October 1, at Arizona Federal Theatre, 400 West Washington Street. Tickets for the 7:30 p.m. concert are $24.50 to $49.50. Ben Wiese

To call Chaka Khan a singer-songwriter would be quite an understatement. Although technically correct, with a career spanning four decades and ten Grammy Awards, it's more accurate to simply call her an artist. Even in her early days as a member of the funk group Rufus, Khan's dynamic talents were apparent when Stevie Wonder helped her pen the band's first major hit, "Tell Me Something Good," before she went on to shine as the voice behind popular hits like "Sweet Thing" and "Ain't Nobody." Khan's catalog of music now stretches across seven musical genres — pop, rock, gospel, R&B, country, jazz, and classical — and includes collaborations with all of the musical greats, from Miles Davis to Prince and Dizzy Gillespie. She’s scheduled to perform at 8 p.m. on Friday, October 1, at Celebrity Theatre, 440 North 32nd Street. Tickets are $65 to $85. Angelica Leicht


Marc Rebillet at The Van Buren

Marc Rebillet constructs songs from scratch. The YouTube and Twitch star has made a name for himself as an improvisational artist whose electronic loops and catchy beats are capped off by cheeky lyricism. But despite his penchant for humor, the so-called “Loop Daddy” boasts quite a bit of musical knowledge, having played piano since he was 4 and studied classical music since the tender age of 15. On tour in support of his latest single, “Vaccinated Attitude” (a profane ode to the joys of getting jabbed), Rebillet will bring his slow-burning R&B hooks to the Van Buren, 401 West Van Buren Street, on Friday, October 1. Local indie-pop band The Twits share the bill for the 8 p.m. concert. Tickets are $27.50 to $30. Matthew Keever
click to enlarge

Theatre Upstate New York band State Champs is on the road again, bringing fans a dose of hope and positivity during these difficult times. The quartet is diving headfirst, once again, into the world of pop-punk, a genre that has changed dramatically since the band's arrival over a decade ago in 2010. Recent singles by State Champs — consisting of lead singer Derek DiScanio, guitarist Tyler Szalkowski, bassist Ryan Scott Graham, and drummer Evan Ambrosio — like "Outta My Head" and "Just Sound" tap into the quartet's pop-punk roots ahead of the band's upcoming fourth album. They might play even more songs meant for the record at their concert at 7:30 p.m. on Friday, October 1, at Tempe’s Marquee Theatre, 730 North Mill Avenue. Four Year Strong will open and admission is $28.50. Sophia Medina
click to enlarge 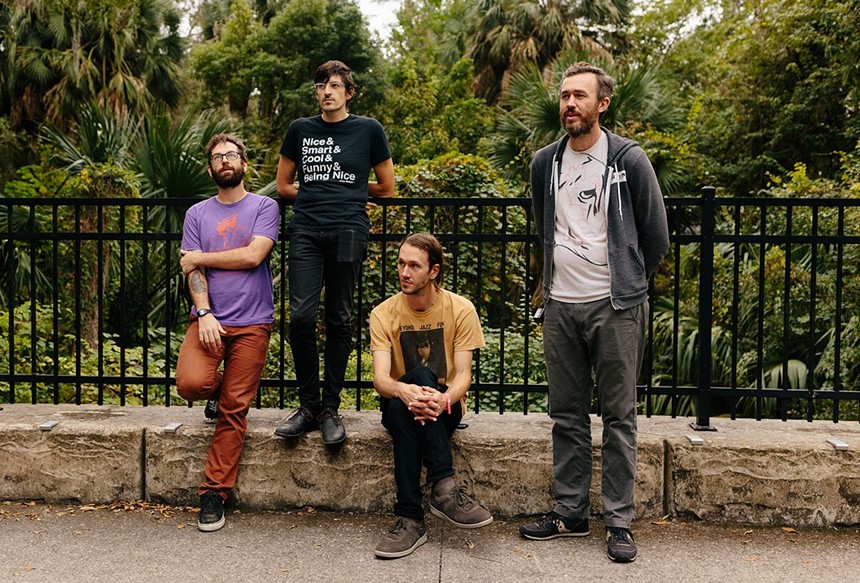 AJJ at The Nile Theater

Does it seem like forever since AJJ played for their hometown crowd? That's because it has, in fact, been 20 months since the locally born folk/punk/indie act last performed a public gig in Phoenix. And the fact their thrice-rescheduled, twice-relocated show on Friday, October 1, at The Nile Theater is proof is sold out is proof of how much their Valley fans have missed the band. AJJ's latest tour is celebrating the 10th anniversary of their 2011 album Knife Man and the band is psyched for the gig. “This is gonna be the biggest show we've played our hometown,” they state on Facebook. Frequent AJJ tourmates Xiu Xiu and Emperor X will open. If you can somehow score tickets (they’re available through resellers), the show is at 7 p.m. Benjamin Leatherman
click to enlarge 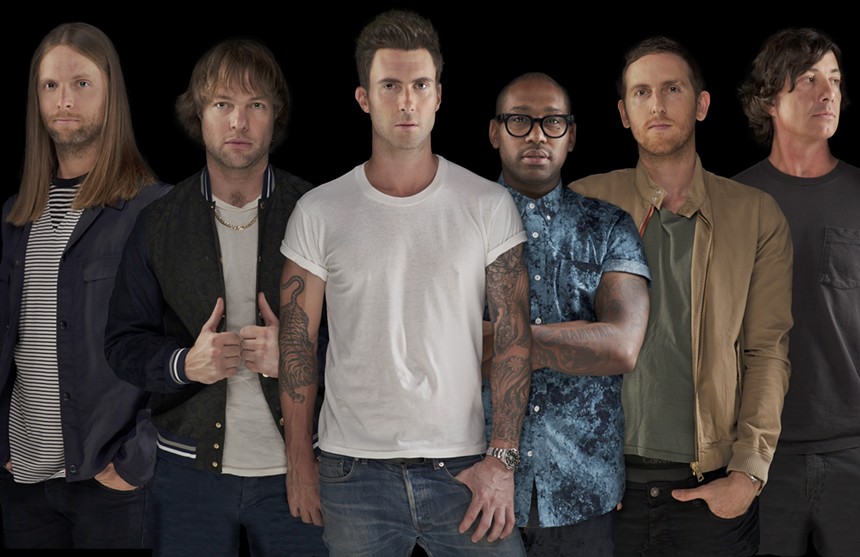 Longtime radio favorites Maroon 5 are on an extensive North American tour that will make its way to Ak-Chin Pavilion, 2121 North 83rd Avenue, on Friday, October 1. The rescheduled run was originally meant to go down in summer 2020 but was canceled owing to the pandemic. R&B/pop artist Blackbear will be the opener for the 7:30 p.m. concert. Along with some of Maroon 5's original hits like “This Love,” the Adam Levine-led outfit will sprinkle some new songs from its latest album, Jordi. Tickets range from $39.50 for general admission on the lawn to $175 for premium reserved seating. Olivia McAuley
click to enlarge

In some respects, Crescent Ballroom’s two-night anniversary affair is a microcosm of its role over the last decade. It will host a mix of great touring indie bands and significant local artists and DJ who have had an influence on the Phoenix scene. Night one on Friday, October 1, will see the first performance by the recently reunited “desert soul” act Black Carl at the Crescent in ages. They share the bill with Phoenix Afrobeat Orchestra, The Stakes, and Djentrification. The following evening on Saturday, October 2, will include sets by garage-psych-freaks Shannon and the Clams, indie surf-rockers Wavves, the punks of The Rebel Set in the main room, followed by DJ Jazzmaster Jaxx and DJ Nitro spinning up sounds in the lounge. Each show starts at 8 p.m. and costs $21 to attend. Benjamin Leatherman


Armor For Sleep at The Nile Theater

Founded in New Jersey in 2001, Armor for Sleep burst onto the indie music world with a mix of space rock and emo-pop. Their 2003 breakthrough album Dream to Make Believe was greeted with high acclaim and was recognized as the “Best Punk Album” of the year by Canada’s Exclaim! magazine. After two more albums and an EP, Armor for Sleep officially disbanded in 2009 but still would perform for one-off shows and short tours. Now, in celebration of the 15th anniversary of their second album, What to Do When You Are Dead, Armor for Sleep will perform on Saturday, October 2, at The Nile Theater, 105 West Main Street, with guests Never Loved, Silence of You, and The Cold Seas. The show is at 8 p.m. Tickets are $25. David Fletcher 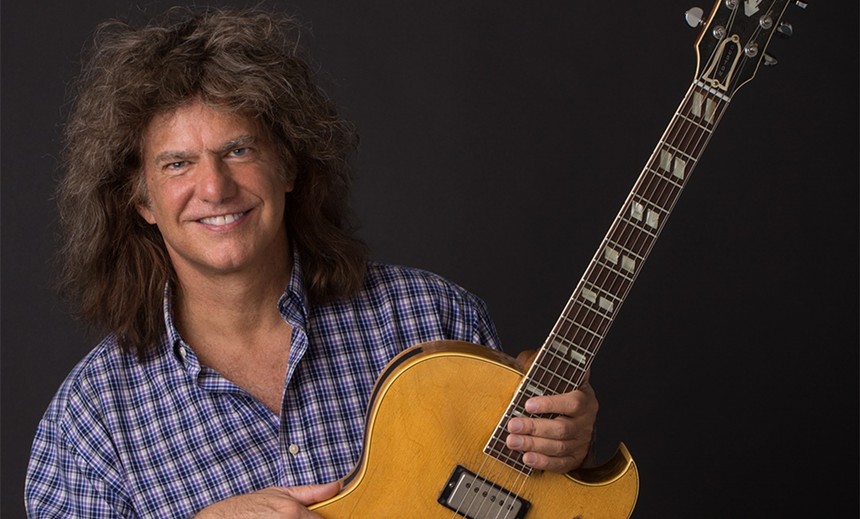 Guitarist Pat Metheny has earned a rare distinction in the fickle realms of the music biz. An artist eager to explore other possibilities, he still retains a popular following that generally finds his music engaging and accessible, even when it veers to the outer fringes. Consequently, his efforts in the mid-to-late-'70s at the helm of the Pat Metheny Group made him the best-selling artist on the then-fledgling ECM progressive jazz label. In addition to his work under his own aegis, Metheny has recorded with an extraordinary who's who of more progressive realms, including revered figures such as Ornette Coleman, Herbie Hancock, Sonny Rollins, and Dewey Redman. That's a measure of both his prolific prowess and desire to continually challenge himself and his audiences. Metheny brings his latest project Side-Eye, which features up-and-coming jazz keyboardist/pianist James Francies and drummer Joe Dyson, to Mesa Arts Center, 1 East Main Street, for a 7:30 p.m. show on Sunday, October 3. Tickets are $40 to $66. Lee Zimmerman

You oughta know by now that after a too-long wait, Alanis Morissette is finally coming to Ak-Chin Pavilion, 2121 North 83rd Avenue, on Sunday, October 3, on her Jagged Little Pill 25th anniversary tour. The album that shook the world and changed the landscape of alternative rock music – helping launch the careers of many others – has been cited by countless artists including Katy Perry and Kelly Clarkson as a major source of inspiration. Morissette will have opening support from fellow ’90s female-fronted rock act Garbage and alt-indie singer-songwriter Cat Power. Tickets are $30 to $80 for the 7 p.m. show. David Fletcher

Mon Laferte at The Van Buren

Before the current Latin takeover led by the likes of Bad Bunny and Karol G, there was Chilean singer-songwriter Mon Laferte. Known for blending cumbia and folk with a sprinkle of reggaeton, Laferte has been making waves in the music scene for more than a decade and a half now. On tour in support of her sixth studio album, the appropriately titled Seis, Laferte will perform at The Van Buren, 401 West Van Buren Street, on Sunday, October 3, with an opening set by all-female NYC mariachi band Flor de Toloache starting at 8 p.m. Admission is $48.50. Matthew Keever

Claptone isn’t a person — he’s an idea. Like many influential electronic dance music acts before him (most obviously, Daft Punk), Claptone wears a mask. His has a long golden beak, and his persona is meant to give a surreal sense of medieval wanderings. Claptone is the creature. His music is anything but a roar, though. Dreamy and unobtainable, his melodies float in and out of existence, changing and evolving throughout individual tracks. He’s got ambient sound down to a science, and he laces it with pointed grooves you’d never expect. Claptone visits Sunbar, 24 West Fifth Street in Tempe, on Sunday, October 3, and will likely light up its indoor venue with his sounds. Doors open at 9 p.m. and tickets are $31. Sarah Purkrabek
KEEP PHOENIX NEW TIMES FREE... Since we started Phoenix New Times, it has been defined as the free, independent voice of Phoenix, and we'd like to keep it that way. With local media under siege, it's more important than ever for us to rally support behind funding our local journalism. You can help by participating in our "I Support" program, allowing us to keep offering readers access to our incisive coverage of local news, food and culture with no paywalls.
Make a one-time donation today for as little as $1.