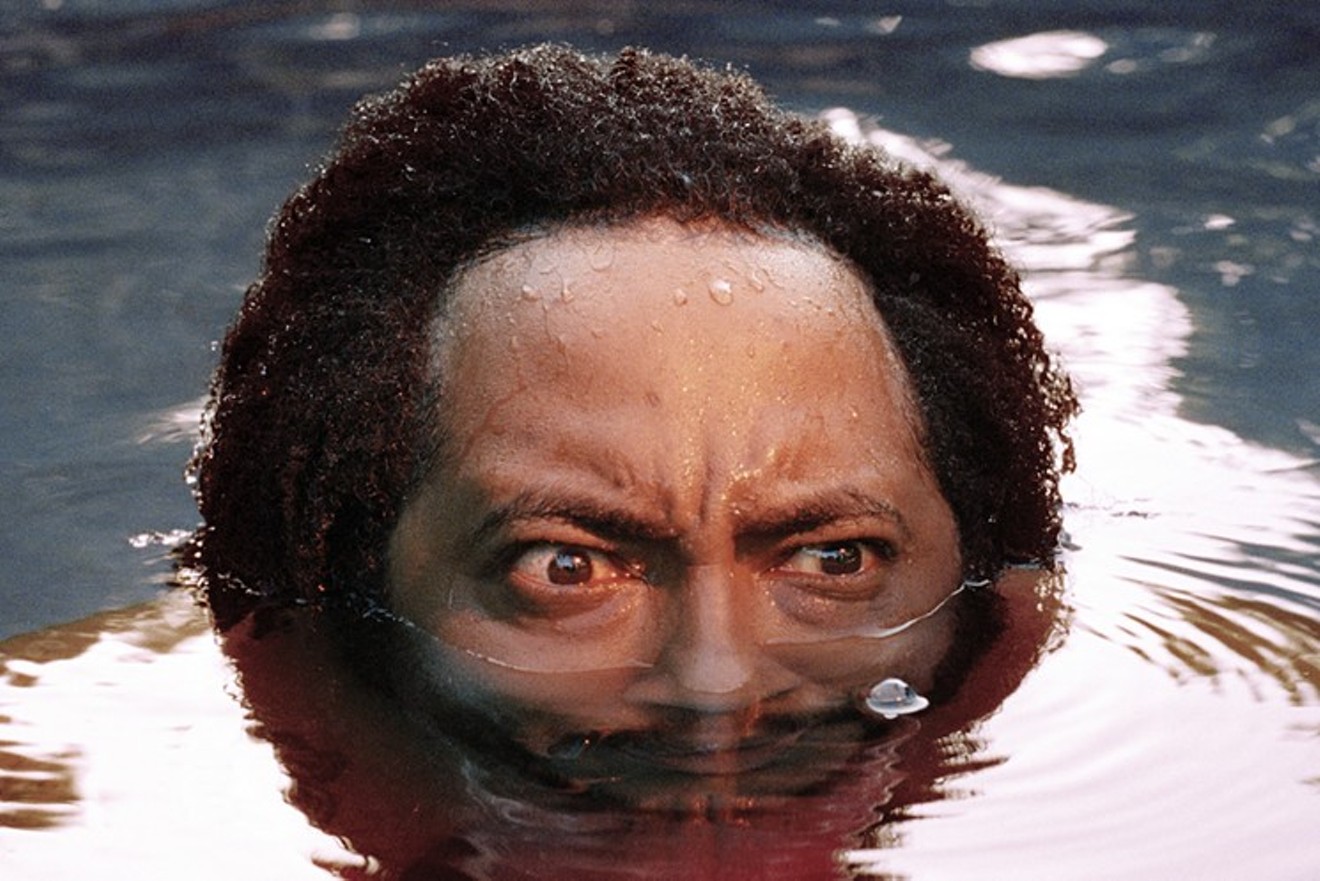 Thundercat is scheduled to perform on Thursday, August 31, at The Van Buren. Eddie Alcazar
August is ending on a high note when it comes to great concerts.

The final days of this month will include a couple of long-awaited performances by the phenomenally talented bassist Thundercat and R&B superstar Mary J. Blige, appearances by rock legend Pat Benatar and old-school punkers G.B.H., and a visit from the enigmatic Hanni El Khatib.

There will also be gigs by Top 40 hitmakers OneRepublic, guitar virtuoso Ottmar Liebert, and singer-songwriter Sawyer Fredericks, one of the youngest winners of The Voice.

Plus, The Rocket Summer will be celebrating the 10th annivesary of its hit album Do You Feel at Crescent Ballroom.

All of these shows can be found in the following rundown of the best concerts in Phoenix this week. (For even more performances worth checking out over the next few nights, be sure to peep our online music listings.)

G.B.H.: Keeping it punk since 1978.
Craig Burton/Hellcat Records
G.B.H.
Tuesday, August 29
The Rebel Lounge
The punks of G.B.H. are still alive and kicking these days, shouting down the culture of early ‘80s Britain while we raise our fists in nostalgic rage, trying to get into a lather remembering mean ol' Maggie Thatcher. It's a cool trick, but it wouldn't succeed were it not for the undeniable power of the hard-charging punk style that G.B.H. and their '82 U.K. peers pioneered. That bleak, remorseless heaviness was proto-metallic in its brutality and all but nihilistic in its outlook. While the memories and the whole "living legend" thing might be a solid enough reason for the old punks to pull on their leathers and check out the show, G.B.H. still defines true-school punk so precisely that its new, younger audience loves the group not for the old times, but for the fact that the band's approach is timeless in capturing the spiritual tenor of disaffected youth. Jason Ferguson

Bryce Avary of The Rocket Summer.
Courtesy of High Road Touring
The Rocket Summer
Tuesday, August 29
Crescent Ballroom
Indie rock/pop-rock act The Rocket Summer visits the Crescent Ballroom on Tuesday and will be playing all 13 tracks from its 2007 album Do You Feel as a part of the band's nationwide 10-year anniversary tour. “It’s going to be a celebration,” says Bryce Avary, the band's multi-instrumentalist frontman and only official member. Do You Feel is The Rocket Summer’s third studio album, and the anniversary tour works to highlight the sentiment Avary felt a decade ago. “I think at the time I felt my spirit had a real sense of wanting a call to action," he says. "But all I knew is that I wanted to write something that made people question and [made] people go, ‘Why am I not doing something?’ You know, that can look like so many different things. But for me, it was just wanting to stand up and make a difference, essentially, as hokey as that sounds. That kind of fueled a lot of the songs on Do You Feel. It’s not entirely about that, but it was just something I could sink my teeth into the magic and what I was feeling in 2007.” John McClanahan

Pat Benatar & Neil Giraldo
Tuesday, August 29
Comerica Theatre
Pat Benatar recorded “Shine” — her first original song not to appear on a holiday record in over a decade — to benefit the Women’s March on Washington this past January. Once a pop star, she hasn’t exactly been high in the charts since the ’80s, when she was an unconventional cultural icon. Feminist ideals have informed Benatar’s career from the beginning, and her short hair style, fashion choices, and depiction of women in her music videos helped break down conventional views of women in mainstream culture. She sang songs about child abuse in “Hell Is for Children” and unabashed ballads of socially critical self-empowerment like “Love Is a Battlefield” and “Invincible.” Currently touring with her longtime creative partner and husband of 35 years, guitarist and songwriter Neil Giraldo, Benatar has aged well as a performer, and her famously powerful voice has remained captivating. Tom Murphy

Singer-songwriter Sawyer Fredericks, one of the youngest-ever winners of The Voice.
Lissy Laricchia
Honda Civic Tour feat. OneRepublic
Tuesday, August 29
Ak-Chin Pavilion
OneRepublic is pretty consistent. As a band, they generally stay out of the spotlight. We never see them in the news, never see any controversial interview quotes – they're just that kind of band. However, the medium most friendly to OneRepublic is the radio, and people may not realize how prevalent their music has been on the Top 40 airwaves over the past decade. The Colorado-formed band has a lot of hits: "Apologize," "Counting Stars," "Love Runs Out," "Good Life," "Stop and Stare," "Secrets," and many more. The secret to OneRepublic's muted yet explosive success is lead singer Ryan Tedder, whom many people may not know spends a big chunk of his time writing songs for other pop stars. And Tedder is in a league of his own. Having written huge hits like Kelly Clarkson's "Already Gone," Leona Lewis' "Bleeding Love," Beyonce's "Halo," and Adele's "Rumour Has It" – seriously, check out the full list – he is definitely up there with full-time songwriters like Dr. Luke and Max Martin as one of the most renowned and accredited go-to men in pop music. It wouldn't be bad to have an ear like his, huh? Ivan Guzman

Sawyer Fredericks
Tuesday, August 29
Valley Bar
Sawyer Fredericks should be a familiar name to regular viewers of The Voice, owing to the fact that the teenage singer-songwriter became the youngest-ever winner of the reality singing competition back in 2015. Coached by Pharrell (with whom he shares a penchant for adorable hats), the then 16-year-old Fredericks bested more than a dozen other competitors thanks to his golden singing voice, rampant popularity, and glowing performances of such tracks as "Take Me to the River" by Al Green, "A Thousand Years" by Christina Perri, and John Lennon’s "Imagine." And while he reportedly racked up a number of sales records on iTunes for the songs he sung on The Voice, the two albums he released on Republic Records, a 2015 self-titled EP and 2016’s A Good Storm, produced modest sales and resulted in Fredericks leaving the label. This week, Fredericks (who has a new full-length, Hide Your Ghost, in the works) swings through Valley Bar with American Idol’s Haley Johnsen and fellow Voice contestant Gabriel Wolfchild in tow. Benjamin Leatherman

Read on for even more great concerts happening in Phoenix this week, including Mary J. Blige, Thundercat, and Hanni El Khatib.