Dylan Mamid and Zachary Rapp-Rovan of Zeds Dead. Relentless Beats
If you’re up for an interesting concert or nightlife experience over the next few nights, this weekend affords you the chance to see shows by hip-hop act The Stakes, singer-songwriter Jim Croce, and dancehall star Gyptian. There’s also a pair of giant-sized dance parties. 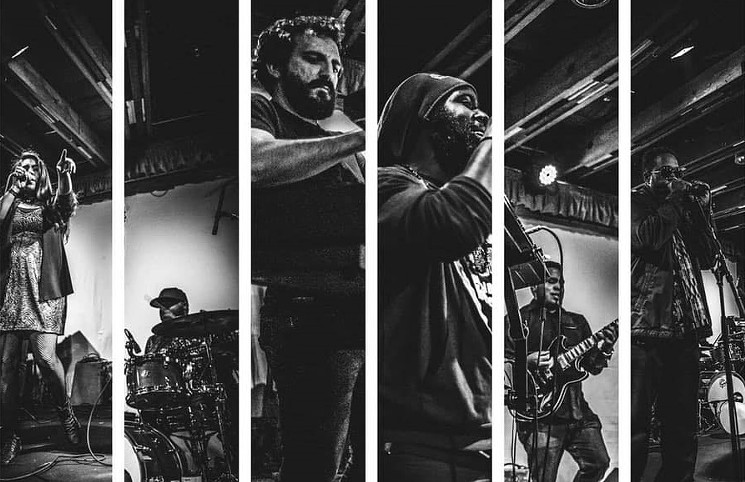 Lord Kash, ZeeDubb, and the other members of The Stakes.
The Stakes' Facebook

Over the last seven years, The Stakes have released four well-received albums (including 2020’s Now or Never), performed hundreds of shows (including gigs at such festivals as ALMF and Bisbee’s Sidepony Express), and opened for acts like The Roots. They’ve even been through a few lineup changes (although the core of the band has always included emcees Lord Kash and ZeeDubb, pianist Ben Scolaro, and drummer Kevin Phillips). Admission is $29 to $39. Benjamin Leatherman Concerts featuring big-name touring bands might be months away, but superstar DJs have been visiting the Valley and spinning up beats for crowds of thousands at electronic dance music events. This weekend, it’s DJ Qbert’s turn as the renowned mixmaster will headline Audio Bend 2021 on Saturday, July 10, at The Revelry. Widely considered one of the top turntablists in the world, Qbert’s accomplishments in the DJ world are quite legendary. He’s an ace at scratching, mixing, and beat-juggling who won three straight DMC World Championships, formed the influential Invisibl Skratch Piklz DJ crew with Mix Master Mike, and helped redefine turntable culture in the early ‘90s.

Other DJs scheduled to perform at Audio Bend include Oregon-based EDM artists Jvckfrost and Broox, as well as locals like Akshen, DJ Phox, Roil, Elluna, BB Galli, Tempest, and CHKLZ. The event will also feature video games, turntablism workshops, vendors, and art displays. Start time is 7 p.m. and the party goes on until 2 a.m. Tickets are $20. Benjamin Leatherman

Genreless music formed by heart-stopping beat drops and deep bass repetitions is the name of the game for electronic music group Zeds Dead. Since their most recent album, Northern Lights, came out in 2016, the duo has been bringing electrifying dance anthems to the masses. This weekend, they’ll do it at Deadbeats Arizona, an electronic dance music event at Rawhide Event Center on Saturday, July 10. Subtronics, Rusko, Dirt Monkey, Lick, Level Up, and Chiief are on the lineup for a night of gritty harmonies in the desert. Event hours are from 8 p.m. to 2 a.m. General admission tickets cost $60 and the VIP access is $125 and includes express entry, a commemorative lanyard, access to a special viewing deck, and more. This is an 18-and-over event. Megan Marples 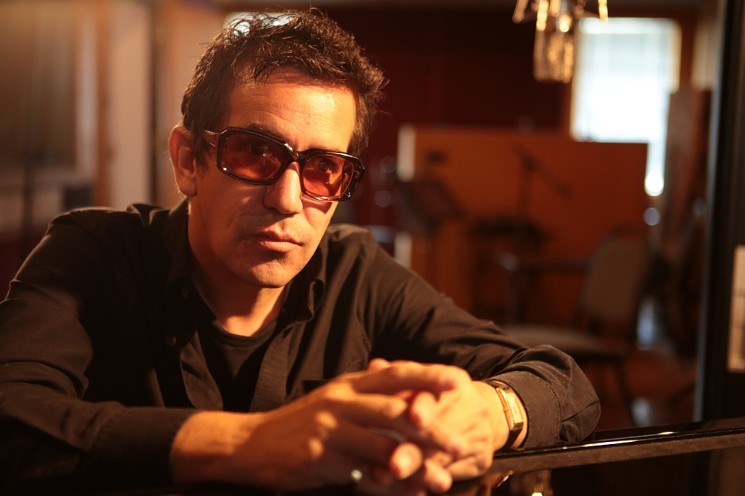 He has a name. And it’s A.J. Croce. The 48-year-old son of late, legendary folk artist Jim Croce will perform for the first time at the MIM this weekend. His newest release, By Request, came out in February. Like his 2019 album, Just Like Medicine, channeled ‘60s soul in the vein of Stax Records, Croce’s latest effort also takes its cues in the past, specifically drawing from his favorite songs, artists, and singalongs with friends around a piano (with him on the ebonies and ivories). Expect to hear material from both albums (particularly the latter) during Croce’s set at 7 p.m. on Sunday night. Tickets are $33.50 to $44.50. Bob Ruggiero

Gyptian may not have become a household name, but his crossover dancehall hit single “Hold You (Hold Yuh)” was one of 2010’s songs of the summer. The lyrics were a bit hard to follow (e.g. "Gyal, mi wann fi hold yuh") but what would you expect from a country boy reggae singer out of St. Andrews, Jamaica? Just shy of 27 years old, Gyptian first came blazing into the reggae/dancehall scene in 2004 when he won a TV talent competition in his home country. A deal with reputable reggae label VP Records followed, and four full length albums later, nothing has hit quite as big as "Hold You." Catch him in concert on Saturday evening at 5 p.m. at Afri-Soul Marketplace. Don Quality, Potential, Maestro Don, Phort Knox, and Iyah Ingi open. Tickets are $65 to $80. Esther Park
KEEP PHOENIX NEW TIMES FREE... Since we started Phoenix New Times, it has been defined as the free, independent voice of Phoenix, and we'd like to keep it that way. With local media under siege, it's more important than ever for us to rally support behind funding our local journalism. You can help by participating in our "I Support" program, allowing us to keep offering readers access to our incisive coverage of local news, food and culture with no paywalls.
Make a one-time donation today for as little as $1.