Meanwhile, the Arizona Hip Hop Festival will launch the first of several seasonal editions, local radio station Mega 104.3 will celebrate its 20th anniversary, reggae-rockers Slightly Stoopid will be at Mesa Amphitheatre, and Mega Ran is bringing a few of his fellow geek rappers to The Rebel Lounge.

Details about each of these events can be found below. For even more live music happening around the Valley, check out Phoenix New Times' online concert calendar. Keep in mind, though, that the Delta variant of COVID-19 is a growing danger right now and venues will be crowded with people at many events. If you’re going to attend, we encourage you to take precautions like wearing masks or maintaining social distancing.

In a culture that tends to pigeonhole practically everything for the sake of convenience, Slightly Stoopid defy any notion of easy categorization. They even defy their own branding, with an adept combination of reggae, funk, hip-hop, rock, and punk that's far from what their goofy name might imply. Unlike other bands who don't dare to step out beyond their self-prescribed boundaries, Slightly Stoopid wander willingly, and frequently, in fact, into varied terrain, allowing themselves to be taken wherever their muse might carry them. Their current summer tour brings them to Mesa Amphitheatre, 263 North Center Street, on Friday, September 10, along with fellow reggae-rockers Fortunate Youth and The Elovaters. Local band Katastro opens the show, which starts at 4:45 p.m. Tickets are $59. Lee Zimmerman


The Atomic Punks at Marquee Theatre

For almost 30 years, the Atomic Punks have paid tribute to early Van Halen (like, the David Lee Roth years). They'll bring their show to Marquee Theatre, 730 North Mill Avenue in Tempe, on Friday, September 10. If you feel like runnin’ with the devil, doors open at 5 p.m. and the show starts at 6:30. Local hard rock cover band Drop Diesel and tribute acts Public Enemy #1 (Mötley Crüe), AZ-Z Top (ZZ Top), and Surrender: The Cheap Trick Experience open the evening. Cost is $22 for general admission or $32 to $37 for a seat in the balcony. Jennifer Goldberg 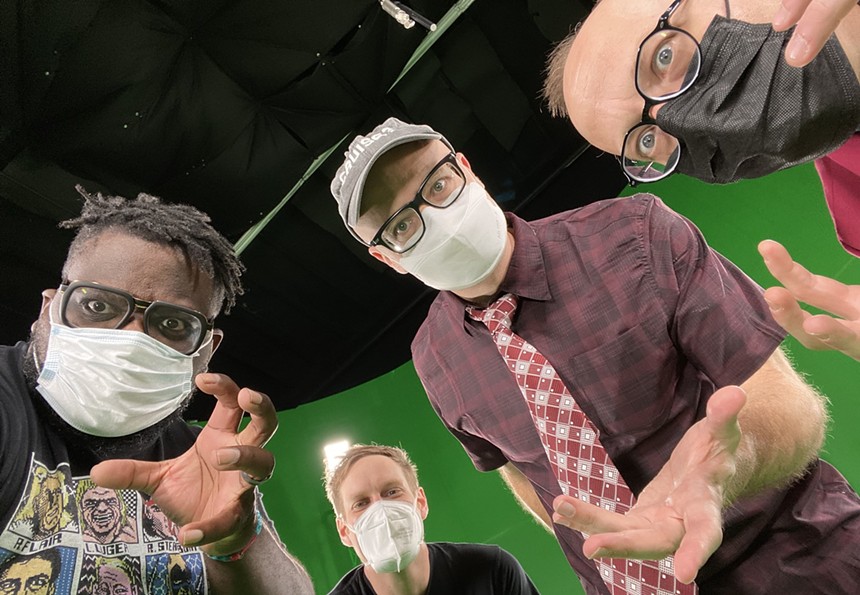 The Four-Eyed Horsemen Tour at The Rebel Lounge

MC Lars is a rapper with his tongue planted firmly in his cheek. His songs, inspired by the parody genre of Weird Al Yankovic, bounce through a catalog of nerdy topics: Shakespeare, '90s ska music, internet relationships, and ancillary early-season Simpsons characters. Even though MC Lars plays his music for laughs, there's wit and craftsmanship in his work, revealing an endeavor the artist clearly takes seriously. Currently, he’s on the road with fellow geek-centric rappers MC Frontalot, Schaffer the Darklord, and Phoenix’s own Mega Ran as part of the Four-Eyed Horsemen Tour, which comes to The Rebel Lounge, 2303 East Indian School Road on Friday, September 10. Expect plenty of references to gaming, Star Wars, and other geeky subject matter to be dispensed by all four artists. The concert starts at 7:30 p.m. Tickets are $15. Katie Sullivan 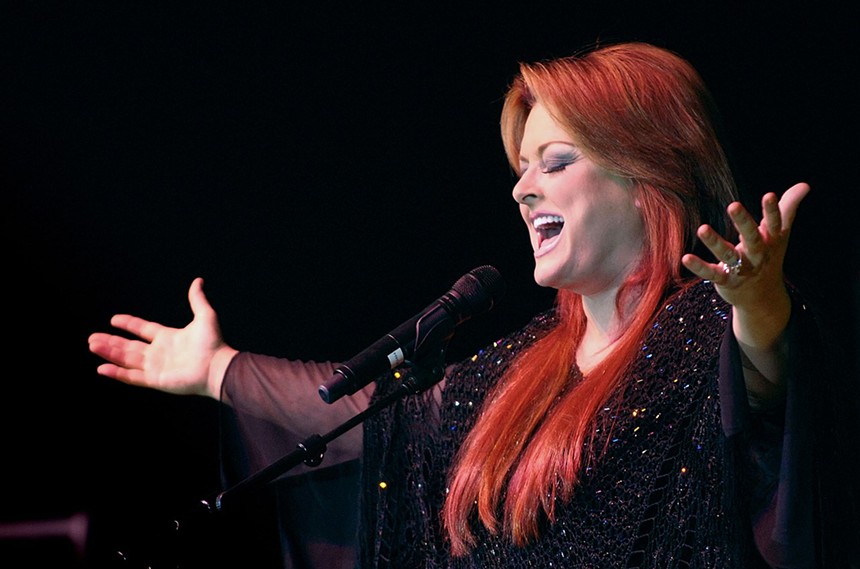 With her deep, gritty voice, twangy country accent, and hell-raisin'-and-heartache subject matter, Wynonna Judd just might be the quintessential honky-tonk country songstress. Wynonna spent her formative years in the Kentucky mountains with only a radio whose dial was stuck on country as entertainment. Doing as all good country girls do, she learned to play guitar and sing close vocal harmonies with her equally talented mother, Naomi. As the hillbillies-in-Hollywood story always goes, the Judds moved to Music City and made a go of it.

Over the past 38 years, Wynonna has both thrilled and confounded hardcore country fans and critics alike, in turn establishing her position as one of the most lauded country musicians of all time. She's more than just one-half of mother/daughter duo the Judds and has had solid forays into R&B, gospel, rock, and adult contemporary pop. Judd is scheduled to perform with her backing band The Big Noise at 8 p.m. on Friday, September 10, at Celebrity Theatre, 440 North 32nd Street. Tickets are $34 to $64. Nicholas Hall 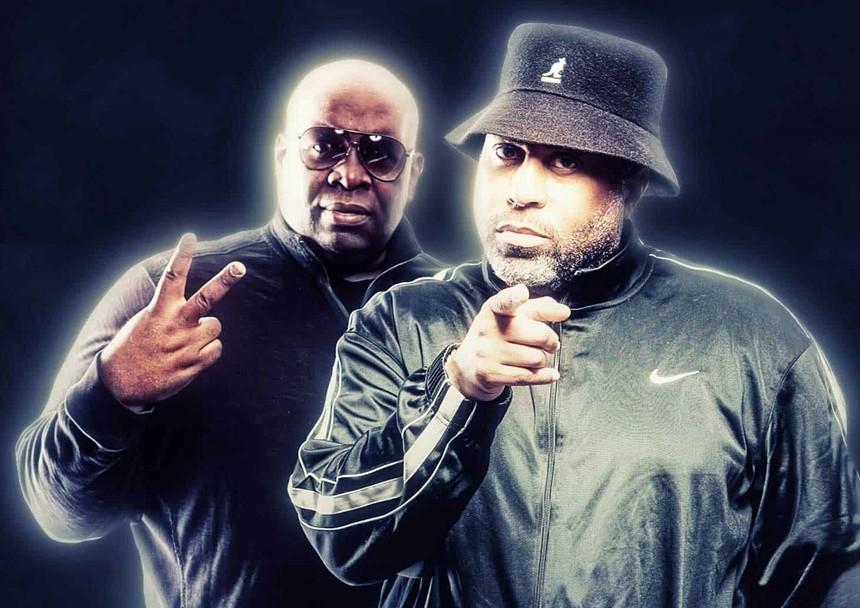 Local old-school R&B/hip-hop radio station Mega 104.3 is turning 20 this year (feel old yet?) and is throwing a birthday blowout on Friday, September 10, at Footprint Center, 201 East Jefferson Street. The concert will feature a selection of R&B artists regularly featured on the FM station – which originally launched in 2001 – including Montell Jordan, Lisa Lisa, Zapp, Midnight Star, Evelyn Champagne King, Tag Team, and Rob Base. The concert starts at 7:30 p.m. and tickets are $29.50 to $69.50. Benjamin Leatherman

Pat Benatar hasn’t exactly been high in the charts since the ’80s, but she’s been an unconventional cultural figure to this day. Feminist ideals have informed her career from the beginning, and her short hair style, fashion choices, and depiction of women in her music videos helped break down conventional views of women in mainstream culture. She sang songs about child abuse in “Hell Is for Children” and unabashed ballads of socially critical self-empowerment like “Love Is a Battlefield” and “Invincible.” Currently touring with her longtime creative partner and husband of 39 years, guitarist and songwriter Neil Giraldo, Benatar has aged well as a performer, and her famously powerful voice has remained captivating. They’re scheduled to perform at 8 p.m. on Saturday, September 11, at Arizona Federal Theatre, 400 West Washington. Tickets are $48.50 to $85. Tom Murphy 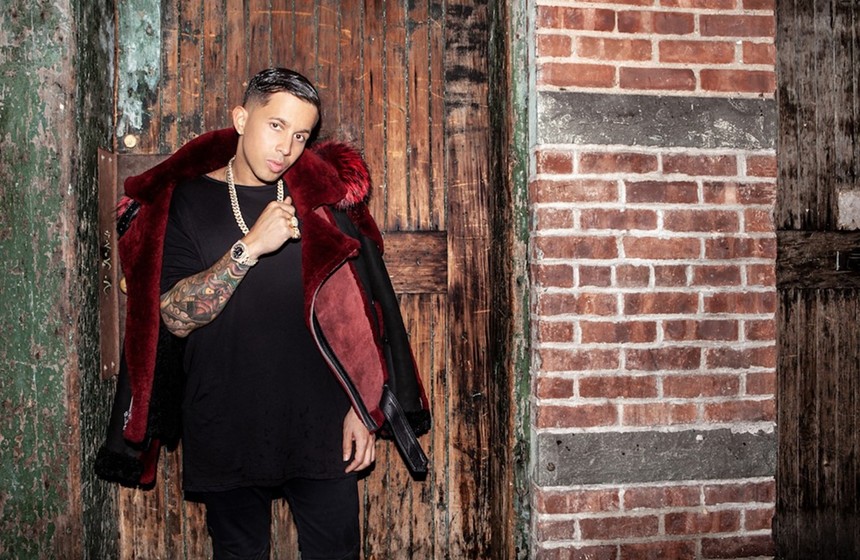 De la Ghetto is a Grammy-nominated master of Latin urban and reggaeton music. Born Rafael Castillo to a Puerto Rican family in New York, he is a singer and rapper who grew from humble roots and understands what it is to work hard. Listening to Guns N' Roses, watching MTV, and growing up during the '90s grunge movement with bands such as Nirvana all played parts in his evolution as a musician.


Eventually, after embracing other genres such as reggae, dancehall, salsa, R&B, and hip-hop, he was ready to write such albums as 2018’s Mi Movimiento and 2020’s Los Chulitos. Beyond his discography, De la Ghetto has sung on such tracks as "Never Let You Go" by American EDM artist Dillon Francis and on the extremely successful single "1, 2, 3" by Mexican pop star Sofía Reyes. De la Ghetto is scheduled to perform at Celebrity Theatre, 440 North 32nd Street, on Saturday, September 11. Kevvo, Jon Z, and Rockstar Rodie will open the 8 p.m. show. Tickets are $22 to $132. Catherine Toruño

MitiS will let the beats and melodies flow through Aura this weekend.
Joseph Torre

After a year of solitude, producer MitiS (born Joseph Torre) has returned to the road. As part of his Lost tour, a celebration of his most recent album of the same name, Torre will hit the decks at Aura, 411 South Mill Avenue in Tempe, on Saturday, September 11, flooding fans with the sounds of melodic dance music. Torre has made a name for himself in the dance music scene for over a decade, specializing in the style of melodic dance, a piano-driven form of electronic music commonly featuring eccentric melodies and harmonious vocals. In April, Torre released Lost via melodic dubstep pioneer Seven Lions' Ophelia imprint. The album, his sophomore effort, includes the recent singles “Hurt,” Try,” and “Homesick.” The doors at Aura will open at 9 p.m. Tickets are $20 to $35. Sophia Medina

Local hip-hop promoter Respect the Underground is flipping the script for this year's version of the Arizona Hip Hop Festival. Instead of running one giant event in the fall, RTU's Justus Samuel says they'll stage a number of smaller versions throughout the year, starting with the summer edition on Saturday, September 11, and Sunday, September 12. "They're going to be easier to facilitate, the energy is going to be bigger, and they'll be just as much fun," he says.

Performances will take place on five different stages spread between Monarch Theatre, 122 East Washington Street, and neighboring nightclub Bar Smith, 130 East Washington Street. A few dozen local hip-hop artists will perform both days and there will also be live art sessions, vendors, and more. "It will have all the usual elements of an Arizona Hip Hop Fest, only condensed into a smaller event." The 21-and-over events run from noon until 8 p.m. both days. Two-day passes are $35 per person and more information is available here. Benjamin Leatherman

Following the release of 2014’s Somewhere Under Wonderland, Counting Crows frontman Adam Duritz took a five-year hiatus from writing until the summer of 2019, when he was visiting a friend’s farm in England and got the urge to play piano again. A few days later, the song “The Tall Grass” came to him. While writing its end, Duritz found that it segued effortlessly into “Elevator Boots,” which he says was more complex compositionally, and later, “Angel of 14th Street” and “Bobby in the Rat-Kings.”

The four songs each flow into each other seamlessly on Butter Miracle Suite One, the album that Counting Crows released last May. On the band’s current tour in support of the project, which stops at Arizona Federal Theatre, 400 West Washington Street, on Sunday, September 12, Duritz and company have been incorporating the EP’s four songs into its sets alongside tracks from other albums in the band’s three-decade-long history. If you’d like to hear them for yourself, the concert starts at 7 p.m. with opening sets from Matt Sucich and Seán Barna. Tickets are $48.50 to $125. Jon Solomon
KEEP PHOENIX NEW TIMES FREE... Since we started Phoenix New Times, it has been defined as the free, independent voice of Phoenix, and we'd like to keep it that way. With local media under siege, it's more important than ever for us to rally support behind funding our local journalism. You can help by participating in our "I Support" program, allowing us to keep offering readers access to our incisive coverage of local news, food and culture with no paywalls.
Make a one-time donation today for as little as $1.