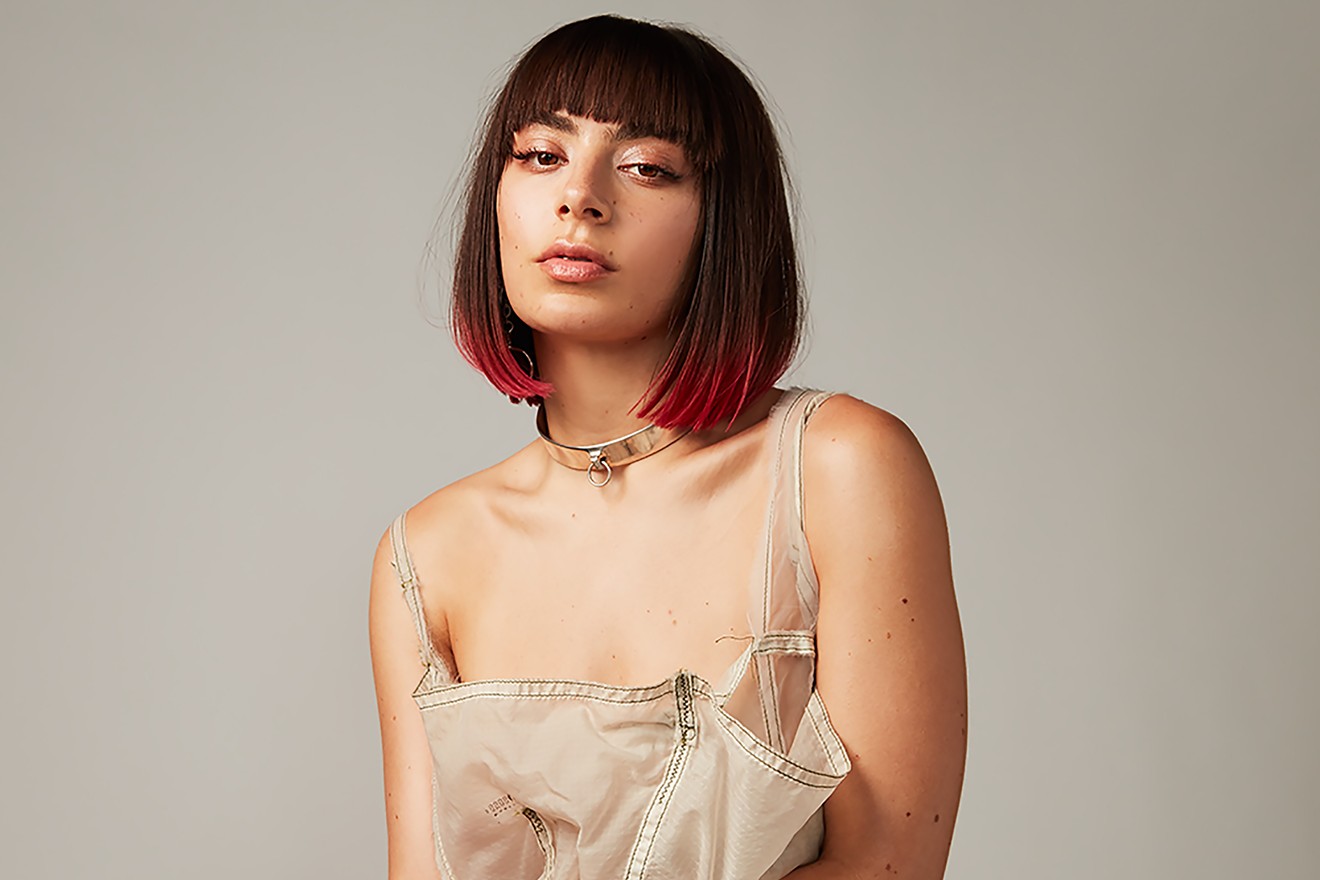 Charlotte Aitchison takes a break from a photoshoot to talk to New Times. Her plot for world domination doesn’t wait a moment. At the time of our conversation, a month remains before her new LP Charli hits shelves, and the anticipation around a Charli XCX release has never felt more palpable. It is almost five years since Charli’s last proper LP, Sucker, and a full three since she was deemed the future of pop music with the release of her Vroom Vroom EP. Fast forward to the present, and Charli XCX stands without equal — a pop star in a category of one. She's still the pop star of the future, and the world keeps trying to catch up.

“Being futuristic is just about having no restraints,” Aitchison says. “When I make my music, I’m very spontaneous and in the moment. I like to work with people who some consider to be outsiders — people who are disruptive and anarchic. I think that’s such a huge part of why I think people consider me to be futuristic. I’m never consciously trying — just doing what I love.”

Charli’s Rolodex of players on recent mixtapes No. 1 Angel and Pop 2 speaks to her innate knack for aesthetic and curation. It's a dizzying recipe for a Molotov cocktail that no one else could interpret. Charli brings electronic producers like SOPHIE and A.G. Cook together with rappers like Cupcakke, Jay Park, and Tommy Cash, and comes out with a cohesive and compelling narrative.


“I’m learning more and more to trust my instincts,” Aitchison says. “I can be insecure sometimes and I question myself. Some days I’m like ‘I’m on this shit,’ and other days I’m not.” Exploring this self-doubt in depth is the subject of mammoth Charli single “Gone”. ‘Gone’ is really about anxiety and insecurity and that feeling where you feel so uncomfortable and you just want the ground to swallow you up,” Aitchison says. “Some people find that surprising coming from me, but I’m like a pendulum when it comes to my emotions.”

Aitchison’s journey to the present has been arduous. Her early mixtapes showed the world a new landscape for making a pop record — a multi-sensory Pinterest board of influences and ideas that looked less like a commodity and more like a living organism. But not all the powers that be saw it that way. By the time her debut LP True Romance dropped, Aitchison had shown serious songwriting prowess with Icona Pop’s smash “I Love It”. With her contribution to Iggy Azalea’s “Fancy” not far behind, songwriting would take the spotlight for album number two.

“I’ve always loved the music that I make,” Aitchison says. “For Sucker, there are moments that I love, but for me, that time period, I’m like … 18, or younger when I was writing that. In that point of my life, I didn’t know what I wanted yet. I didn’t have the language or the confidence to express it.”

Charli’s last LP feels like a lifetime ago. Not because Sucker is weak (far from it), but because it represents Aitchison’s songwriting at its most pliable. After this record, Charli would go on to write for pop stars like Selena Gomez alongside all time legends like Blondie, and Sucker contained several songs that she wrote for other people that they didn’t take. Even “Boom Clap”, the album’s smash hit, was originally written for Hilary Duff (whose people told Charli it wasn’t cool enough). But with follow up EP Vroom Vroom, Aitchison made a statement she unambiguously intended for herself alone.


“As a younger person just signed to a major label,” Aitchison says, “I was thinking about all this stuff like ‘Am I selling enough? Am I going to get dropped?’ But then I got to this place where I realized it doesn’t matter. I just started being really selfish — being honest and just playing stuff that I wanted to hear.”

As singles from Charli trickled out ahead of the September 13 flood, Aitchison appeared in press shots alongside her stack of guests. HAIM, Sky Ferreira, Clairo, Yaeji, and Chris (of Christine & The Queens), all shimmering with Charli’s magic decorating faces and skin. Herein was the perfect picture of Aitchison’s sphere of influence. Present or not, her Midas touch is felt far and wide, deep beneath the skin of observants.

Aitchison describes writing “Senorita” for Camilla Cabello and Shawn Mendes. “There was never a consideration I would sing it,” Aitchison laughs. “I’m never going to be able to be as good as some esteemed artist making straight-up pop — I’m just never going to be convincing.” Charli’s present reality is complicated. The holistic vision she embodies for songwriting, execution, curation, and aesthetic means she wears far more hats than she gets credit for. But with Charli, there’s no hesitation and no ambiguity . Here and now, it’s crystal clear: Charli knows exactly what she wants.


“Sometimes I think about whether I would have done anything differently,” Aitchison says. “I run before I can walk. Sometimes it works out and sometimes it doesn’t. I always think, like, ‘Shit, should I have played the game?’ After ‘Boom Clap’, should I have? But the truth is, I kind of tried and it didn’t work. I think everything happens for a reason, and I’m really happy with where I am now in my life. I don’t have to make creative sacrifices but I’m also lucky enough to really fund the music that I’m making and really do it to the quality that I want. I feel like I have the best of both worlds.”

“Next Level Charli”. Track 1 of Charli, and this is how Charli XCX reintroduces herself. It’s an anthem for the Benz or the Prius — whichever gets you on her level. Each time the song ends, you can’t wait for the record to circle back around. Again and again, you hear it, you anticipate it, you need it. Next level Charli. And finally, you think you’ve caught up, but she’s already gone.

Charli XCX is scheduled to perform Friday, September 27, at Marquee Theater. Tickets are $30 via Ticketweb.
KEEP PHOENIX NEW TIMES FREE... Since we started Phoenix New Times, it has been defined as the free, independent voice of Phoenix, and we'd like to keep it that way. With local media under siege, it's more important than ever for us to rally support behind funding our local journalism. You can help by participating in our "I Support" program, allowing us to keep offering readers access to our incisive coverage of local news, food and culture with no paywalls.
Make a one-time donation today for as little as $1.