Charli XCX Is Returning to Arizona and Headlining Marquee Theatre 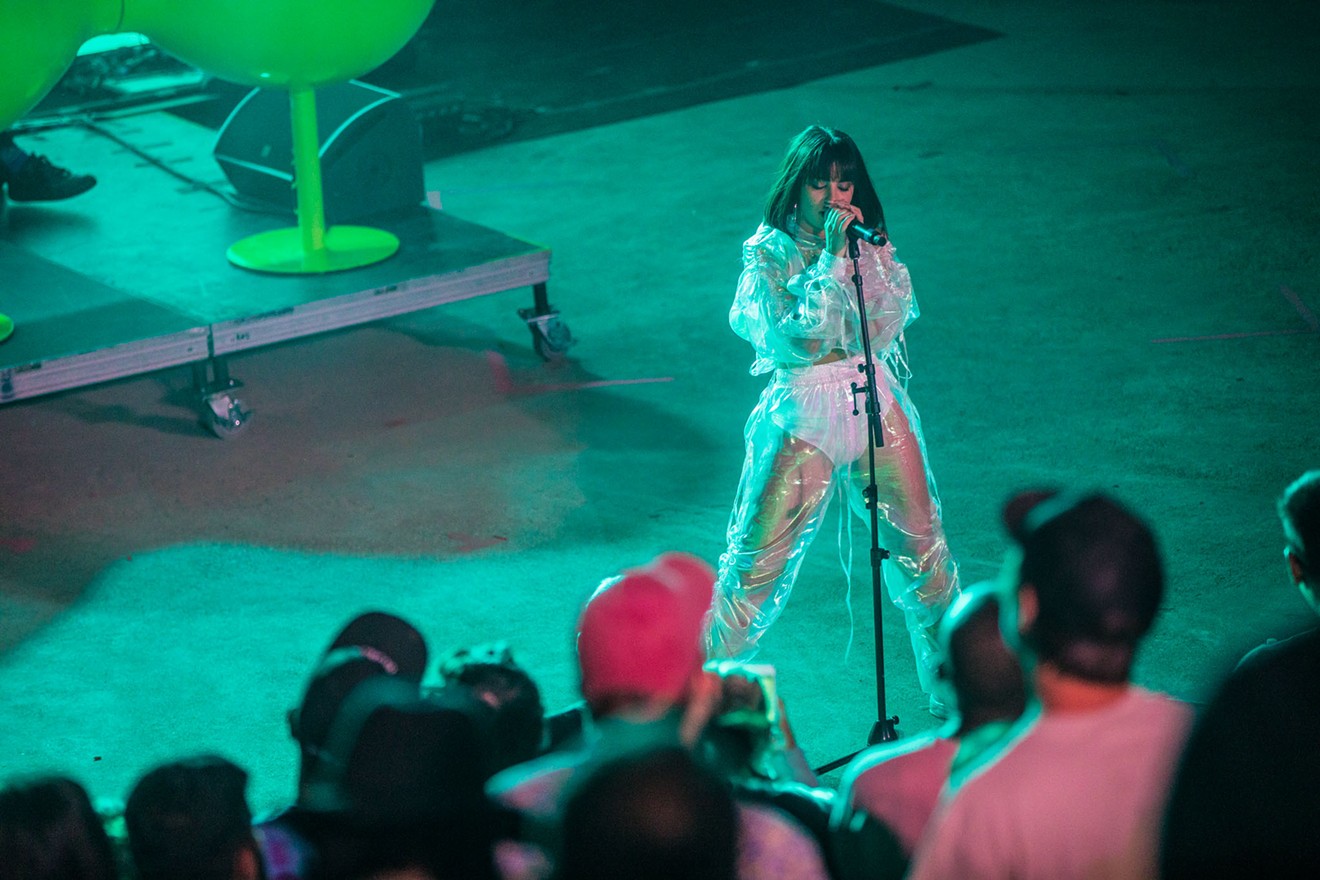 Charli XCX's performs at FORM Arcosanti 2018. Jacob Tyler Dunn
After two appearances in Arizona in 2018 — first at the opening night of Taylor Swift's Reputation Tour at State Farm Stadium and again at FORM Arcosanti — Charli XCX has announced her triumphant return to the Grand Canyon State. The U.K. alt-pop diva will be at the Marquee Theatre on Friday, September 27, with Brooke Candy and Dorian Electra opening.

The Charli Live tour will be in support of the just-announced album Charli, out on September 13. Following up her last album, Pop 2, the forward-thinking pop star has brought on a staggering list of collaborators: Clairo, Sky Ferreira, Christine and the Queens, Kim Petras, CupcakKe, Big Freedia, Yaeji, and Haim will join already-released tracks featuring Lizzo and Troye Sivan.

Charli XCX is well-known for taking unexpected left turns with her collaborators. She was one of the first major voices in pop music to work with PC Music, recruiting A.G. Cook for her Vroom Vroom EP, and she famously sampled Gold Panda on her breakout single "You (Ha Ha Ha)."

Tickets for the show go on sale 10 a.m. Wednesday, June 19, via TicketWeb. Find all the North American tour dates below.

Charli XCX. With Brooke Candy, Dorian Electra. Friday, September 27, at the Marquee Theatre, 730 North Mill Avenue, Tempe; 480-829-0607; marqueetheatreaz.com. Tickets on sale 10 a.m. Wednesday, June 19, via TicketWeb.
KEEP PHOENIX NEW TIMES FREE... Since we started Phoenix New Times, it has been defined as the free, independent voice of Phoenix, and we'd like to keep it that way. With local media under siege, it's more important than ever for us to rally support behind funding our local journalism. You can help by participating in our "I Support" program, allowing us to keep offering readers access to our incisive coverage of local news, food and culture with no paywalls.
Make a one-time donation today for as little as $1.