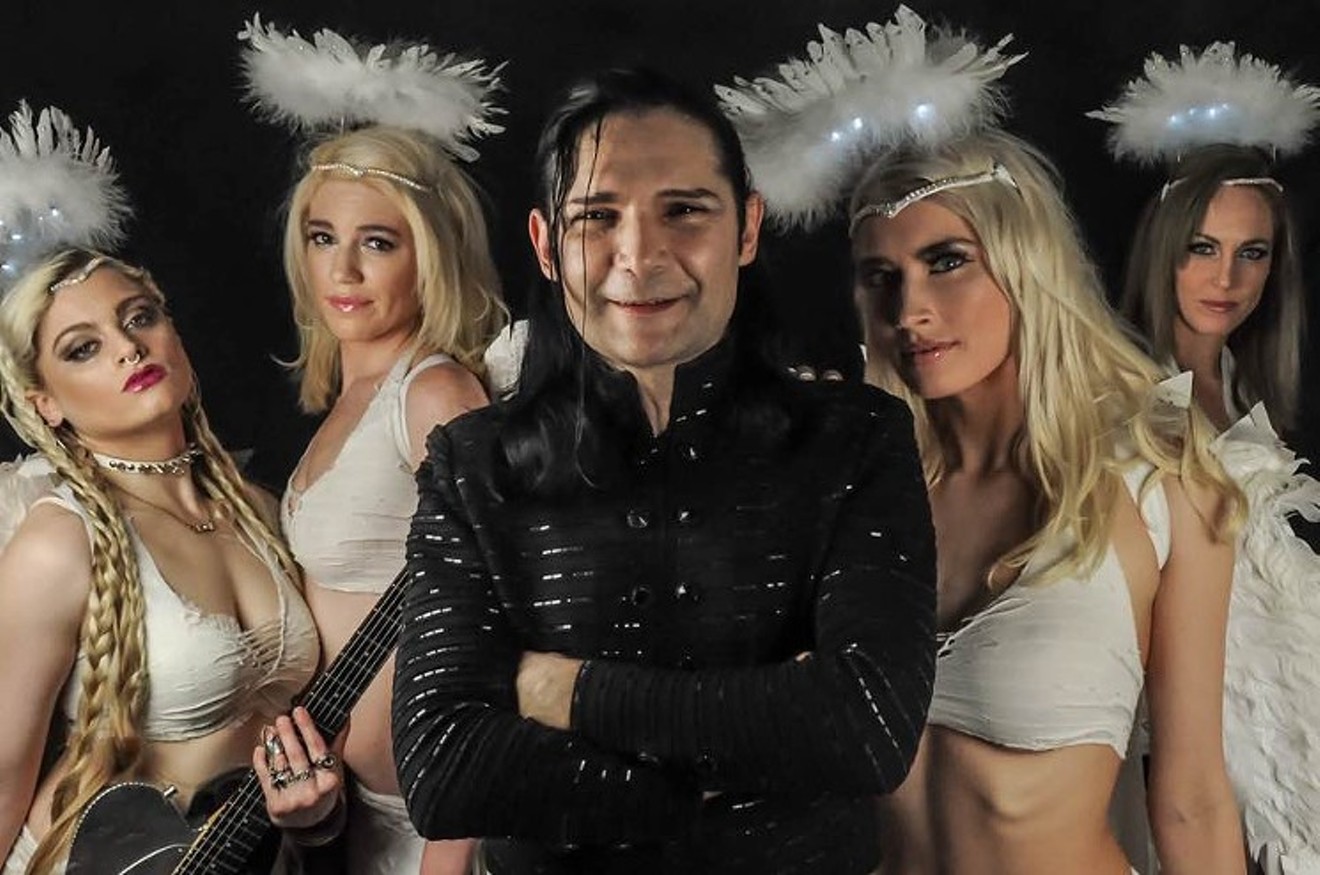 Corey Feldman and his crew of angels. Maggie St. Thomas
You’ve probably been seeing a lot of actor/musician Corey Feldman lately, at least on TV.

One place you won’t be seeing him anytime soon is at BLK Live in Scottsdale. At least, not on Thursday, November 9, when he was originally scheduled to perform at the music venue with his latest music project.

Feldman was supposed to bring Corey’s Heavenly Tour, which features him singing with an all-female backup band dressed as angels, to BLK Live on that date.

He’s canceled the performance, however, as well as the remaining five dates on the tour.

Feldman’s been all over the media recently after naming one of his alleged abusers from the 1980s during an episode of The Dr. Oz Show that aired on Thursday, November 2.
It’s caused a major hullabaloo, to say the least (especially in light of the recent sexual assault allegations surrounding Harvey Weinstein and Kevin Spacey) and may have played a role in Feldman pulling the plug on his tour.

He announced the cancellation on Wednesday, November 1, via Twitter, stating that “GOD CALLED & ASKED ME 2 FORGO MY SELFISH NEEDS & SERVE!”

It’s likely a reference to Feldman’s “TRUTH Campaign,” a project and documentary aimed at exposing alleged pedophiles in Hollywood that he’s attempting to crowdfund.

There’s been no word if Feldman plans to make up the canceled tour dates.

Employees at BLK Live, however, told Phoenix New Times that the cancellation is “temporary” and the performance will be rescheduled for an unknown future date.
KEEP PHOENIX NEW TIMES FREE... Since we started Phoenix New Times, it has been defined as the free, independent voice of Phoenix, and we'd like to keep it that way. With local media under siege, it's more important than ever for us to rally support behind funding our local journalism. You can help by participating in our "I Support" program, allowing us to keep offering readers access to our incisive coverage of local news, food and culture with no paywalls.
Make a one-time donation today for as little as $1.