Everything You Need to Know About Crush Arizona 2018 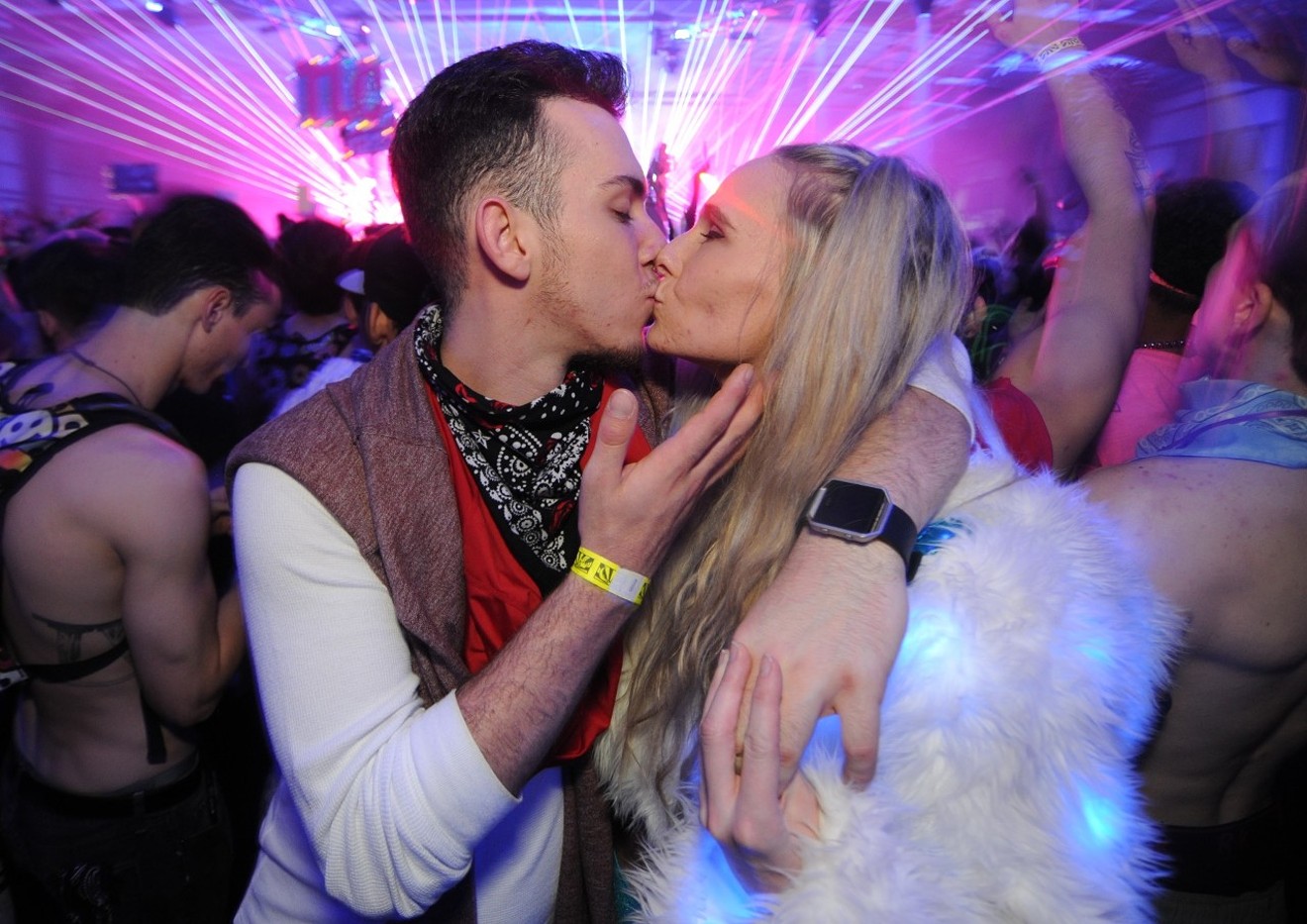 Love is in the air at Crush Arizona. Benjamin Leatherman
Quick question, . How much do you love electronic dance music?

If it’s with all your heart, then you’ll want to head to Rawhide Event Center in Chandler this weekend for Crush Arizona. Ditto for anyone who loves over-the-top music festivals, laser light shows, big beats, and getting rowdy and going hard with thousands of fellow EDM fiends.

Each year, the annual Valentine’s Day-themed dance music festival offers all of these thrills at Rawhide, as well as a lineup of big-name DJs and EDM artists and countless patrons dressed in love-themed costumes.

Crush Arizona started out as a rave-like one-off event at Stratus in 2008. It was the brainchild of local EDM kingpin Thomas Turner of Relentless Beats fame, and has since grown into an annual extravaganza and dance music lovefest.

This year’s edition takes place on Saturday, February 17, and features sets from Kaskade, Carnage, Getter, Crankdat, Grandtheft, Volac, and Gerry Gonza that will blast a variety of genres ranging from electro and house to dubstep and trap music.

What else is there to know about Crush Arizona 2018? Check out our comprehensive guide to this year's event.

Prices: General admission is $70 while VIP tickets (which include express entry, a souvenir lanyard, an exclusive viewing deck, and other perks) are $109. Tickets can also be purchased at Zia Record Exchange locations throughout the Valley. High-end table and bottle service packages are also available.

Age Limits: The festival is open to anyone 18 and over. You have to be at least 21 to drink alcohol, however.

The Lineup: Performances will begin at 5:30 p.m. and include sets by Kaskade, Carnage, Getter, Crankdat, Grandtheft, Volac, and Gerry Gonza.
.
The Weather: It’s going to be a little chilly but not freezing. will be in the 70s when the festival begins and will dip into the 60s by the end of the night. Consider wearing a hoodie or some furry festival gear to stay warm. Or you could just dance.

Getting There: If you’ve never been to Rawhide before, it’s located the southern edge of the Valley near Wild Horse Pass Hotel & Casino. Basically, take the eastbound Interstate 10 to Exit 162 (Wild Horse Pass Road/ Road) and hang a right. From there, take a left on Wild Horse Pass Road and follow the signs and directions to the parking lot and drop-off points.

Attendees of Crush Arizona last year.
Benjamin Leatherman
Shuttles: Octiv Entertainment will offer party bus service to and from the festival on Saturday. Riders will depart from Zuma Grill in Tempe, which will host a pregame session beginning at 4:30 p.m. The buses leave for Rawhide at 5:30 p.m. and will start returning at 2:30 a.m. Tickets are $15 to $40.

Parking: It costs $10 per vehicle to park at Rawhide. You can also prepay online.

Food and Drink: There will be bars for those over 21, and food vendors and trucks for anyone who’s hungry.

Water: A free water station will be available, and reusable aluminum bottles and Camelbak-style water bladders, both of which must be empty when entering the event, are permitted. Vendors will also have water for sale.

Your government-issued ID and a fully-charged , for starters. Items like , small bags, and earplugs are also recommended. And most of the hallmarks of any sort of EDM fest are permitted, such as festival totems, glow sticks, LED hula hoops and poi, flags and banners, furry backpacks, fuzzy boots, animal hats, and pretty much kind of colorful getup you’d see at a rave.

Don’t Bring: Any of the usual items that are forbidden at a music or EDM festival, including illegal substances, drug paraphernalia, lasers, weapons (toy versions or otherwise), eye drops, outside food or drink, posters, large purses, open packs of cigarettes or tampons, or large bags. LED gloves are also verboten, which means no light shows, as are Native American headdresses.

Pre-Party: If you'd like to pregame, Habstrakt's gig on Friday night at Shady Park in Tempe will serve as the official preparty for Crush. The event gets going at 9 p.m. Richi Savage, Highline, and  will also perform. Tickets are $15 to $20.