The Best and Worst of Electric Daisy Carnival 2017

Another EDC Vegas is in the books. Shane Lopes
In the EDM scene, Insomniac Events is heralded as the premier concert purveyor. Its flagship festival, Electric Daisy Carnival, sets the benchmark for the biggest lineups in dance music and over-the-top stage production. For three days in June, the grounds of the Las Vegas Motor Speedway are illuminated by a sea of LEDs, amusement park rides and circus performers. Concertgoers keep the party going till the sun comes up and the 100-plus-degree heat sets in.

For the 21st edition of the summer staple, L.A. Weekly trekked the entire grounds, seeking out the best and worst that the festival had to offer. 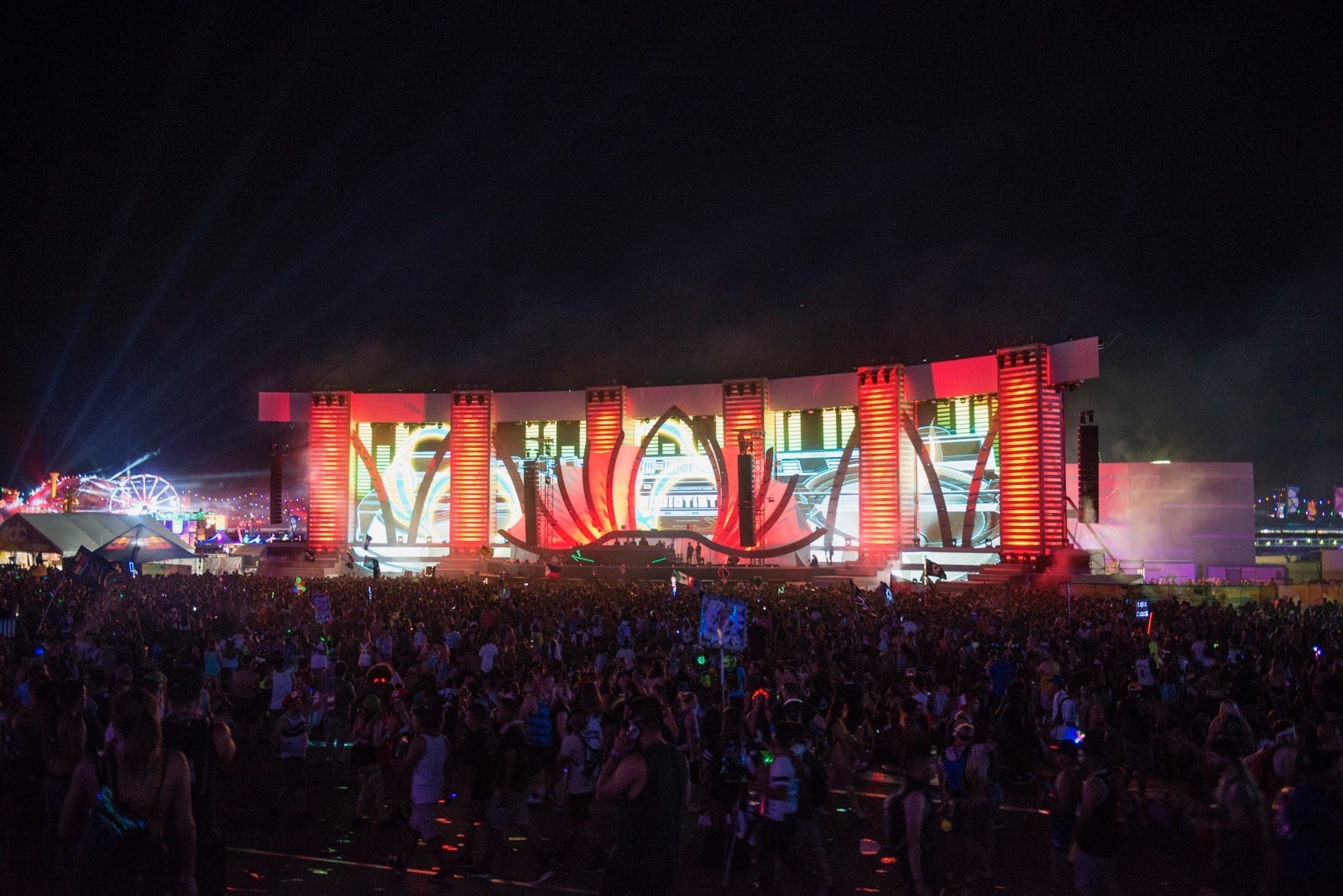 The Cosmic Meadow stage
Shane Lopes
Best stage: Cosmic Meadow
The only patch of grass at EDC epitomizes post-EDM. Friday’s lineup was accented by artist manager Moe Shalizi’s roster of Ghastly, Jauz and Slushii. Over the course of the night the DJs hit every genre and every BPM. Judging from their sets, labeling artists by genre is growing less and less relevant.

Saturday was a midsummer night’s dream with Rufus Du Sol and Autograf playing full-band live sets. Although playing instrumental electronic music is nothing new, their presence among the button pushers signifies a growing demand for live performances.

Worst annoyance: getting in and out
If EDC was human, it’d be old enough to legally drink, yet it still can't figure out how to elude traffic. Sure, traffic is inevitable when you’re funneling 130,000 people into a single location, but this is like the 101 on a Friday with Obama at the Palladium and a free puppy giveaway downtown. To give you an idea, one night I took a cab, sat in stagnant traffic 3 miles outside the festival grounds, and ended up walking at a faster pace than the highway’s sluggish flow. 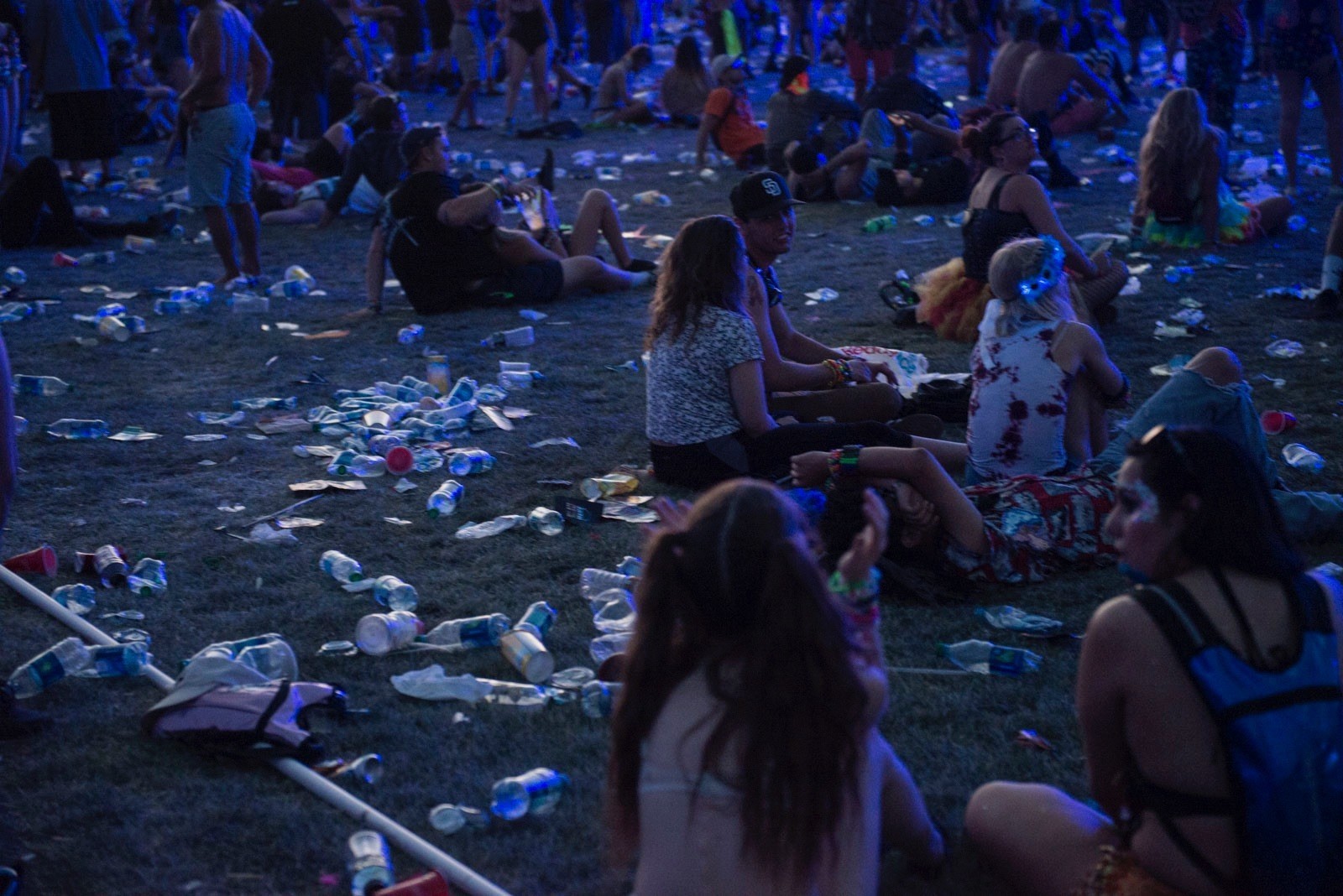 Seriously, ravers: Pick up your shit.
Shane Lopes
Worst eyesore: trash
With temperatures well into triple digits, there was a multitude of empty water bottles scattered around the raceway. The festival’s employees attempted to keep up, but the crowd’s lackadaisical attitude was overwhelming. On the press tour Thursday afternoon, Insomniac founder Pasquale Rotella mentioned that the litter is exclusive to America. He took EDC to Tokyo for the first time this year and almost didn't need trash cans. Overseas, ravers were packing up their own refuse and carrying it with them.

Best mosh pit: Herobust
The Atlanta-raised trap producer made a statement at EDC. His entire set was drop after drop, only slowing down to tease The White Stripes' "Seven Nation Army." While house and techno hipsters turn their noses up at the idea of a “drop,” Herobust was bloodying noses on the dance floor. An EDM mosh pit resembles pogo dancing more than the thrashing found in the punk and metal scenes, but the kandi-laden crowd did their best to appear tough. 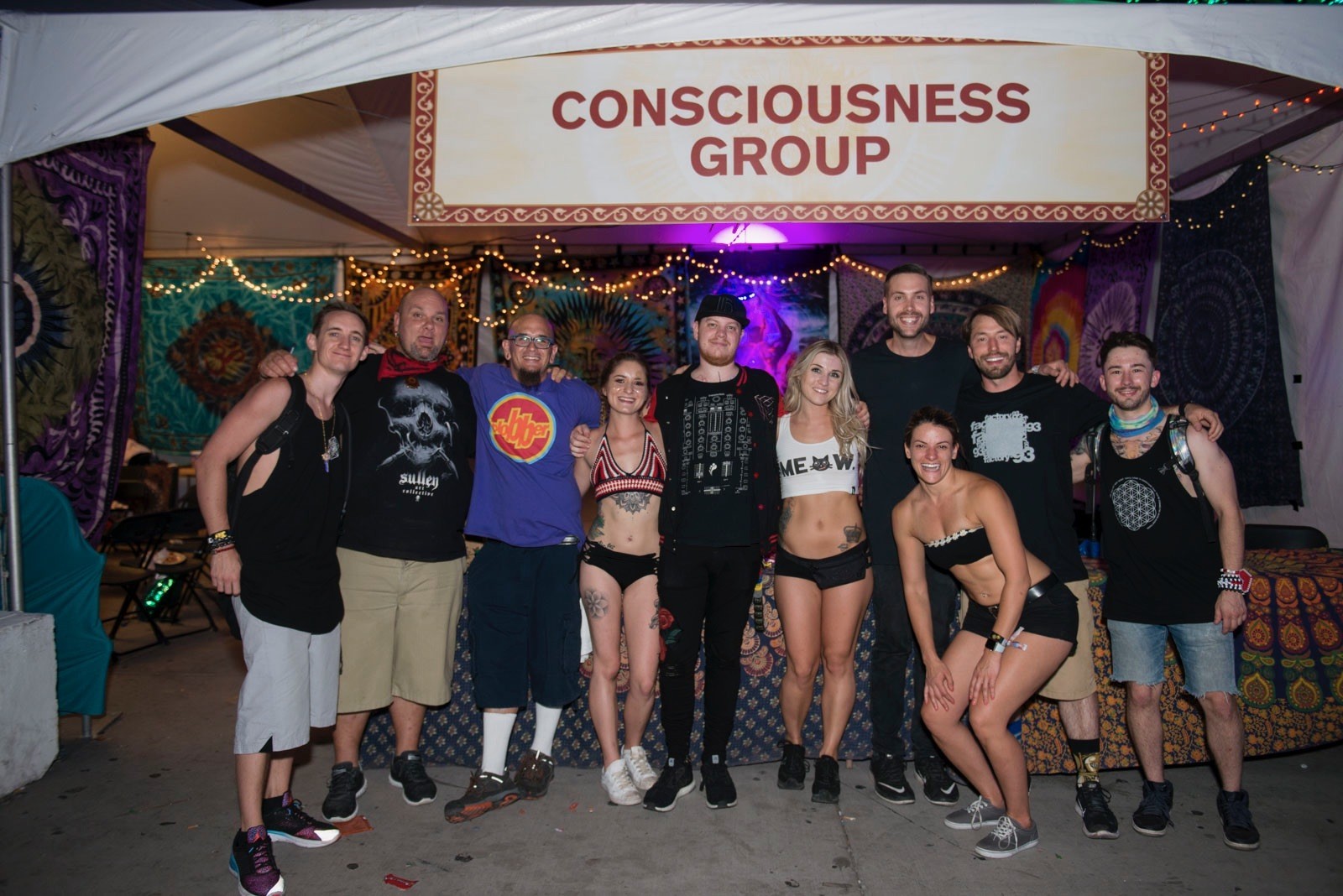 Insomniac's Consciousness Group provides a safe space for clean and sober festivalgoers.
Shane Lopes
Best amenity: Consciousness Group
The support group provides reinforcement meetings for clean and sober ravers, hosting packed gatherings at 9 p.m., midnight and 3 a.m. each night of EDC. The meetings, run by Allen Thomason and Patt Ochoa, offer a safe space for those faced with the many illicit triggers present in a music festival. “We’ve seen people get sober in our tents,” Thomason says. “We had a guy come by earlier who got arrested at EDC last year, sold drugs to an undercover cop. He just came in tonight and was 11 months sober. He knew we were here and came and checked in.” Outside the festival setting, the group also meets once a month at Thomason’s house in Mid-City for a support BBQ.

Best surprise: guest appearances
Radius clauses prevent Insomniac from announcing every artist that plays its various festivals. It may be a nuisance for eager fans who want to be everywhere at once, but special guests are a great surprise that snaps the crowd into the moment. This year at EDC, Drake came out during Metro Boomin’s set and played his hit “Fake Love” at the Bass Pod stage to an animated crowd that belted out every word of the track. Over at the Circuit Grounds, Lil Jon turned up the ratchet with Flosstradamus, and G-Eazy stood atop the DJ table for Jauz's Cosmic Meadow set on Friday.

Drake's guest appearance at the Bass Pod stage had the crowd losing it.
The Holy Mountain/Insomniac
Best sunrise: Factory 93 tent
After a full night of headbanging, the only way to salute the rising sun is with some good, groovy techno. Monday morning was brought in by titans Adam Beyer and Green Velvet, playing soul-cleansing sets for an attentive crowd.

Best B2B: Liquid Stranger, Bleep Bloop and Space Jesus
This all-star trio gave a proper welcome to attendees on Friday with a gooey, bass-filled set. Together, the three represent a long narrative in experimental bass music and were able to offer a rich primer during their performance.

Worst set: DJ Khaled
The “We the Best” producer failed to reinforce his brand by showing up 40 minutes late to the Cosmic Meadow stage and then delivering a lackluster show. Fans booed and chanted “Yellow Claw” in an attempt to bring back to the stage the Dutch DJs who had preceded him.