A Beginner's Guide to Steve Hackett's Years With Genesis 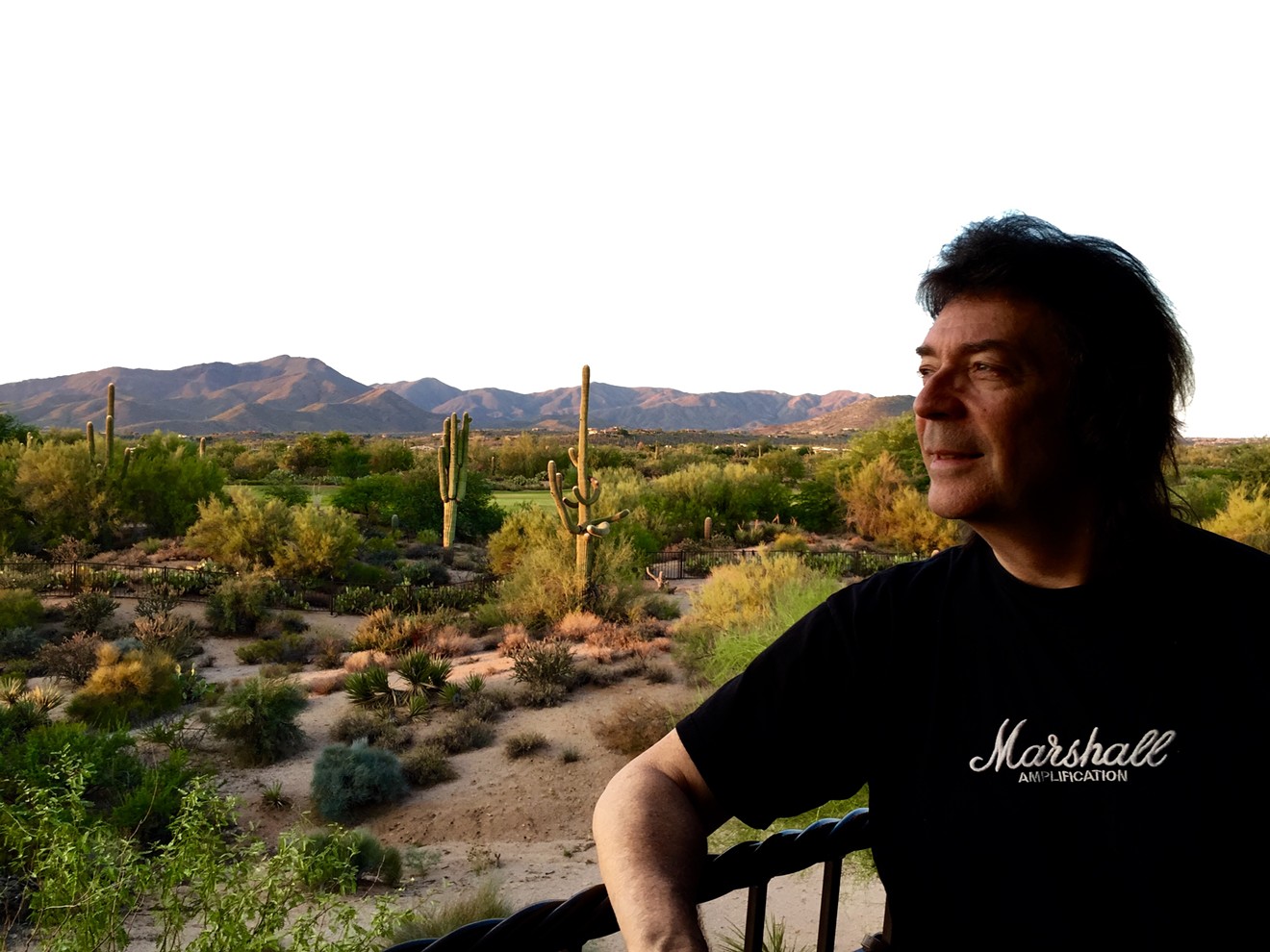 Guitarist Steve Hackett is no stranger to Phoenix Courtesy of Chipster PR & Consulting, Inc
When you think of the band Genesis, Steve Hackett probably isn't the the first person who comes to mind.

Musicians Phil Collins, Mike Rutherford, and Tony Banks were the faces of Genesis during the band's peak in the 1980s. If you're well-versed in early '70s art-rock, you're probably familiar with founding member Peter Gabriel’s elaborate costumes and outlandish live theatrics. And if you listen to The Lamb Lies Down On Broadway and Selling England By The Pound — two of the group’s most popular albums from those symphonic rock years — Hackett's the one behind the guitar that binds Genesis’ early concept albums together.

Legend has it that the young player placed an ad in a music magazine seeking like-minded musicians who wanted to shatter the norms of music. Gabriel answered the ad and asked Hackett to join Genesis in 1970. Collins, who joined the group around the same time, is rumored to have said that since they could not get legendary King Crimson guitarist Robert Fripp, it was nice to have the next best guy playing with them.

Hackett left Genesis in 1977 just as the band left their prog-rock roots for the pop sound that would make them one of the biggest bands in the world. Hackett continued to work, releasing numerous solo albums over five decades and forming the supergroup GTR, famous for the anthem “When The Heart Rules The Mind,” with Yes’ Steve Howe in 1986.

The guitarist frequently revisits his work with Genesis when he tours. Diving into that original prog-rock catalog can be a daunting task for prospective concert attendees. To prepare curious listeners for Hackett’s upcoming appearance at The Van Buren on Sunday, February 25, we've put together a beginner’s guide to his contributions to Genesis.


“Supper’s Ready”
Foxtrot, 1972
Genesis took their name from the first book in The Bible, so it seems appropriate that the song that best embodies their prog-rock beginnings would be inspired by The Good Book’s catastrophic ending: Revelation.

There are seven movements in this nearly 23-minute song, which makes up most of side two of Foxtrot. (Note: “Horizons,” which precedes “Supper’s Ready,” is not the song’s introduction. It does, however, feature a lovely Hackett solo inspired by Bach.) It begins with a trio of 12-string guitars being played by Hackett, Banks, and Rutherford as Gabriel sings of a young couple experiencing otherworldly occurrences straight out of a Left Behind novel, including melting human bodies and Winston Churchill dressed in drag.

If the lyrics aren’t enough to make your head spin, the song is chock-full of complex time signature changes that require dexterous hands. In the above clip, you will see the band's tremendous focus as Gabriel, dressed as a flower, prances around on stage singing about the Antichrist. Hackett keeps his head down and does his job well throughout. His fingers traverse the guitar strings, painting an apocalyptic picture with every beautiful note he plays.

The song culminates into the grandest of finales: Christ returning to Earth to build The New Jerusalem. Hackett’s playing washes over the listener warmly, approximating the feeling of God’s unconditional love. It’s so elegant, it might make you believe in something bigger than yourself.


“The Knife”
Genesis Live, 1973
“The Knife” was originally on Genesis’ second album, Trespass. Hackett was not a member of the group when the studio album was released in 1970, but he left his mark on this live version of the protest song three years later. The album was originally recorded for the syndicated radio program The King Biscuit Flower Hour, but it was never broadcast. The track, which is about a grisly revolution that ends with a new tyrannical leader taking power, served as the band’s encore for early live performances.

“The Knife” could be considered the world’s first progressive metal song, with Hackett’s staccato playing ramping up the excitement as the song builds toward its bloody end. If you had only experienced Genesis’ studio work, “The Knife” proved how well the band's skills held up performing in a live setting.