Harrison Fjord Are Travelling to Bulgaria to Find Creative Magic 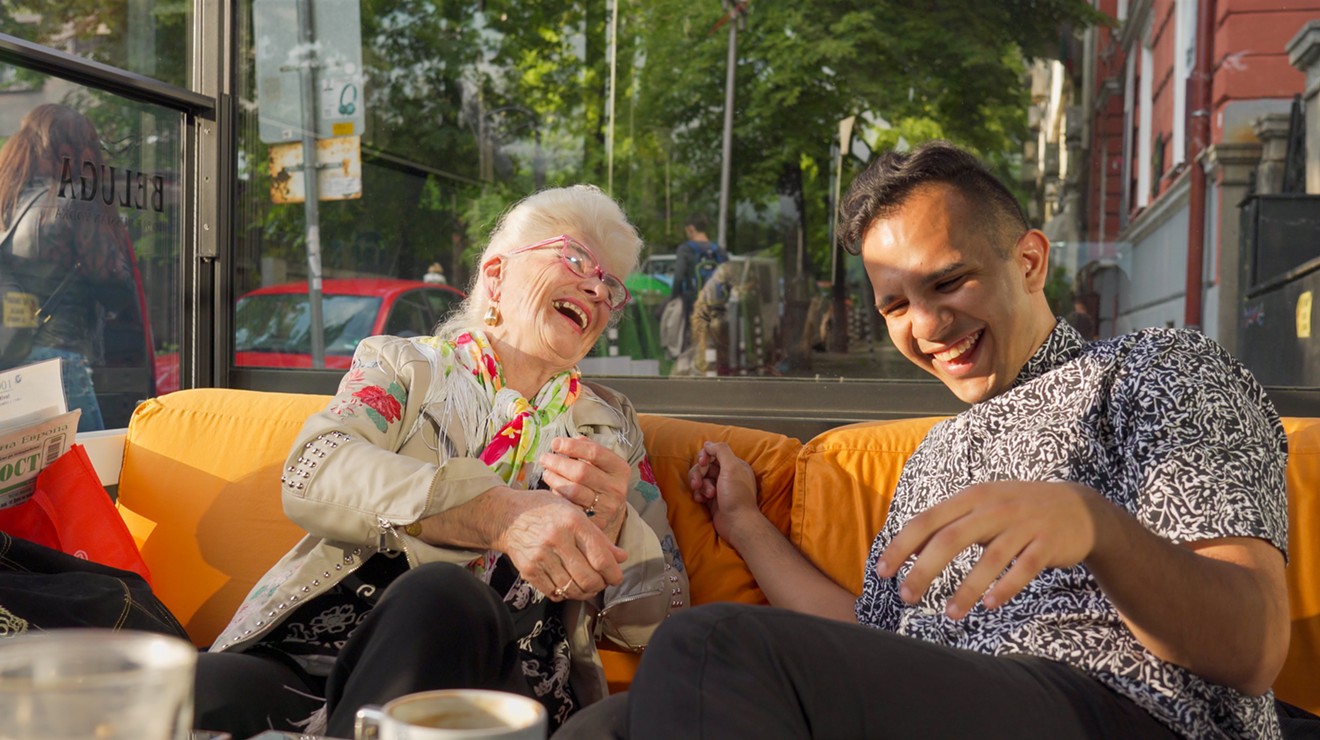 "I went [in May 2019] as a present for graduation," Yniguez says, referring to his vocal performance degree from ASU. "Tim Rice, this ethnomusicographer, went to Bulgaria in the late '60s, and I was inspired by his journey."

Yniguez not only explored the region but collaborated with new friends. He instantly became enamored with a place of such "cultural significance."

"Bulgaria is this crossover between Middle Eastern and European influences, so Middle Eastern vocal stylings but also this European classical mentality," he says. "Bulgarian folk music even has some similarities to math rock. Everything from class to art is this [diverse mix]." 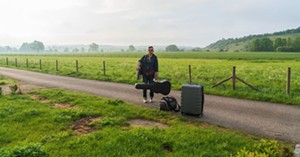 Harrison Fjord's Mario Yniguez during his first trip to Bulgaria.
Freddie Paull
The experience was so inspirational that Yniguez returns to Bulgaria from October 16 to 31 to record a new album with at least a dozen bandmates and collaborators. Freddie Paull, the group's official filmmaker, will be joining them to complete a forthcoming documentary.

"It’s been pretty nightmarish to work it out," Yniguez says of the sheer logistics. Luckily, he’s had help planning from various collaborators, including members of The New Bulgarian Voices (who Yniguez initially connected with via Instagram). This international ensemble will spend two weeks in the capital of Sofia together, jamming and recording in various studios.

"I see this ... as a social experiment," Yniguez adds. "Like, if we don’t make a good album or a good documentary, that has to be fine. Because we’re just gonna have such a good time." Yniguez and collaborators sing during the first Bulgarian excursion.
Freddie Paull
Yniguez says that after the band’s previous releases — namely, 2015’s Puspa in Space EP and 2018’s Polychrome — this trip is the "big crayon draft" of "Harrison Fjord Presents," the band's "new way of being" as a collective. He adds, "You don’t need seven people to write an [acoustic song]. But that doesn’t mean all of us can’t contribute to the energy. Everyone brings a different universe to the band."

One personal creative universe of special interest is that of Yanka Rupkina, a famed Bulgarian singer who has worked with everyone from George Harrison to Kate Bush.

"She actually threw down the gauntlet of recording an album," Yniguez adds. "She said, and I’m paraphrasing crassly, that she didn’t want to be told when she’s done singing, that she’d say when she’s done. She’s beaming with energy, and inspiring to be around."

So, just what sort of influence might Rupkina have on the band and the larger process? Yniguez doesn’t fully know, nor does he care to wager.

"I’m a very logical person," he says, adding that he's put ample thought into things like what order to release the album and documentary, especially with other, unrelated releases planned. However, he sees this trip as "a spiritual challenge" to better acclimate to "living with 'who cares.'"


It helps that before their journey (which includes a 16-plus-hour flight), Harrison Fjord remain busy with other creative commitments, including a going-away show on Tuesday, October 1 at Crescent Ballroom. To cope, Yniguez has tried adopting an attitude of "work now, process later."

On a personal level, Yniguez sees this entire experience as the next phase in his post-graduate life, a "pivot point emotionally and spiritually." That's also a larger analogy for where the band’s headed.

"I’m used to doing things professionally and still being in school," he says. "There used to be a lot of things we couldn’t do [because school], but now I wanna blow up and do this professionally. Bulgaria is a trial run for that, the wormhole to what comes next. What does making it mean: a roof over your head or a Grammy?"

Harrison Fjord are scheduled to perform Tuesday, October 1, at Crescent Ballroom. Tickets are $10 via Eventbrite.
KEEP PHOENIX NEW TIMES FREE... Since we started Phoenix New Times, it has been defined as the free, independent voice of Phoenix, and we'd like to keep it that way. With local media under siege, it's more important than ever for us to rally support behind funding our local journalism. You can help by participating in our "I Support" program, allowing us to keep offering readers access to our incisive coverage of local news, food and culture with no paywalls.
Make a one-time donation today for as little as $1.
Chris Coplan has been a professional writer since the 2010s, having started his professional career at Consequence of Sound. Since then, he's also been published with TIME, Complex, and other outlets. He lives in Central Phoenix with his fiancee, a dumb but lovable dog, and two bossy cats.
Contact: Chris Coplan
Follow:
Twitter: @CCoplan