Here's Your Guide to 2020 Record Store Day in Metro Phoenix 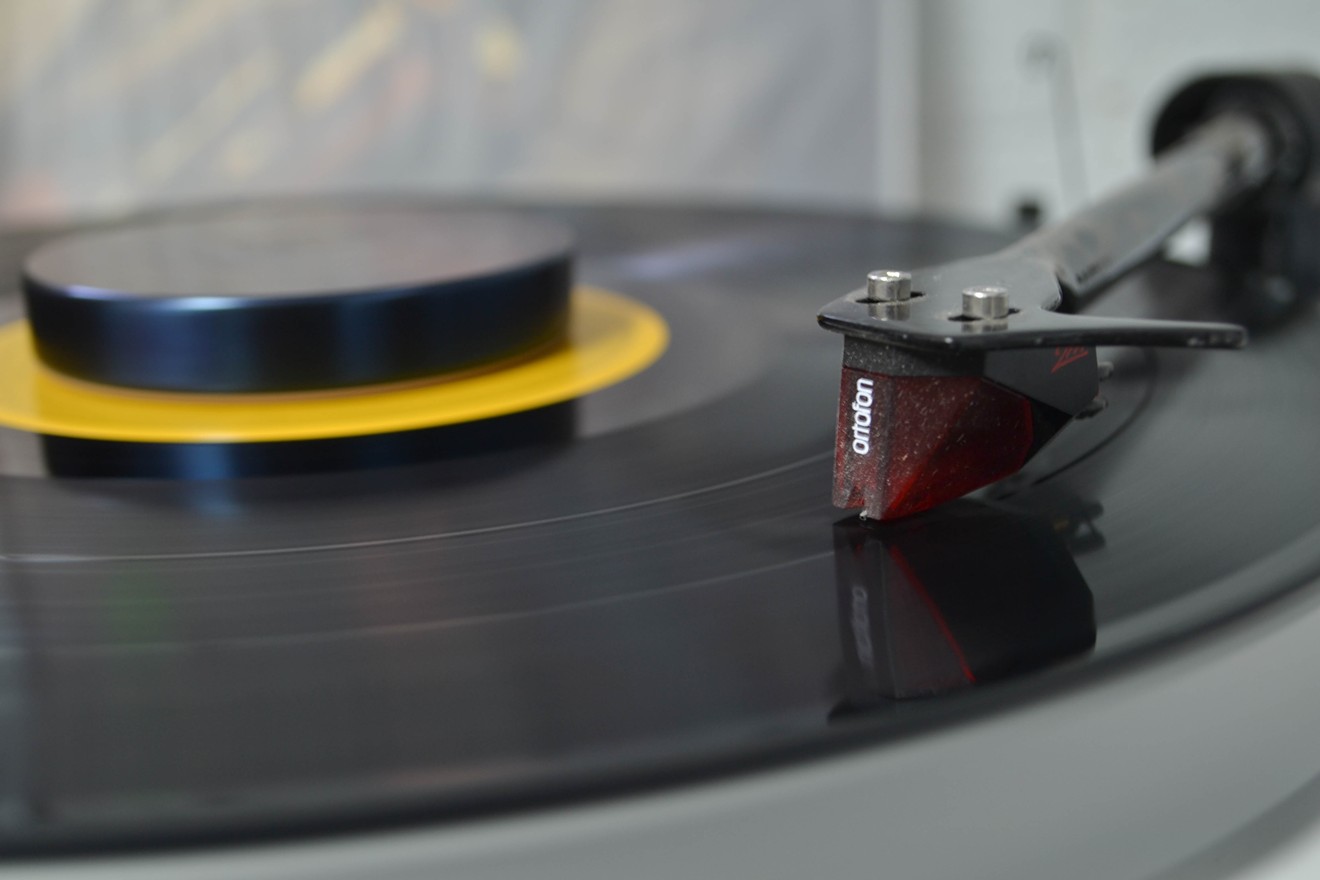 Feeling the vinyl love ahead of 2020 Record Store Day. Alexandra Gaspar
Vinyl geeks used to making the annual Record Store Day pilgrimage each April had to go with the flow this year, as the COVID-19 pandemic sent organizers into plan B mode. At first, the global event with a local focus was rescheduled for June 20. But ultimately, they settled on Saturday, August 29. It’s the first of three record drops happening this year, as organizers adapt to shifting public health conditions. The others are scheduled for September 26 and October 24. 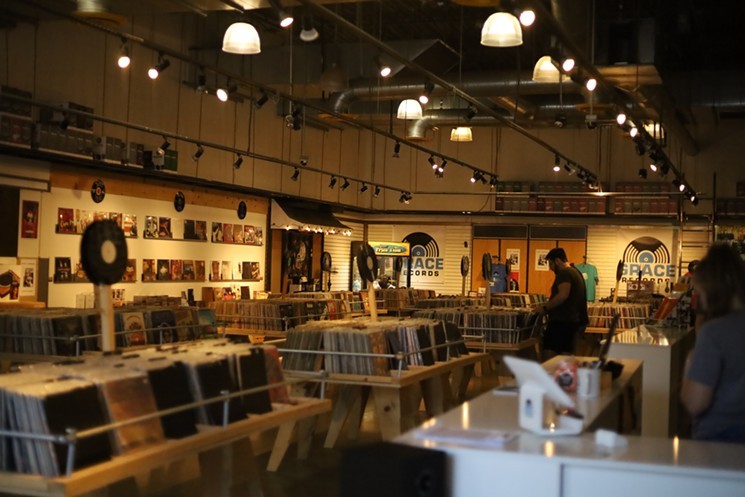 Checking out the selection at Grace Records.
Julian Hernandez
Organizers are urging people to shop safely, which means record stores are thinking about details like masks and social distancing. Some have specific rules posted on their websites or social media, but others are simply counting on customers to use common sense and respect their fellow vinyl folk. It’s best to show up with a mask, and be prepared to pace yourself if the store you’re visiting isn’t letting everyone inside at one time. This year, you’ll likely have to live without the thrill of being packed into a record shop humming with people on the hunt for rare record finds.

“We want people to be safe and have fun,” says Timmy Stamper of Tracks in Wax.

The Record Store Day website has a list of titles being released for August 29, but you can’t get every title at every store. Selections vary according to what various record stores ordered, and what they actually received. Some offerings are Record Store Day exclusives, but others have been available in other settings. If you print the list ahead of time, it’ll be easier to keep track of what you’re looking for, and what you’ve found. Check record store hours before you show up, and be there early if you’re hoping to get free swag, because it goes fast.

“We usually have about 30 to 35 people in line when we open,” says Scott Robenalt of Asylum Records.

Here’s a look at seven metro Phoenix record shops, along with the basics about their Record Store Day plans. Some offer specials on other merch during Record Store Day, so you could end up snagging more than you’d planned. This year, you might feel better about going on a big splurge, knowing you’re supporting small businesses doing their best to be there for you amid the pandemic, when music’s power and allure is stronger than ever. 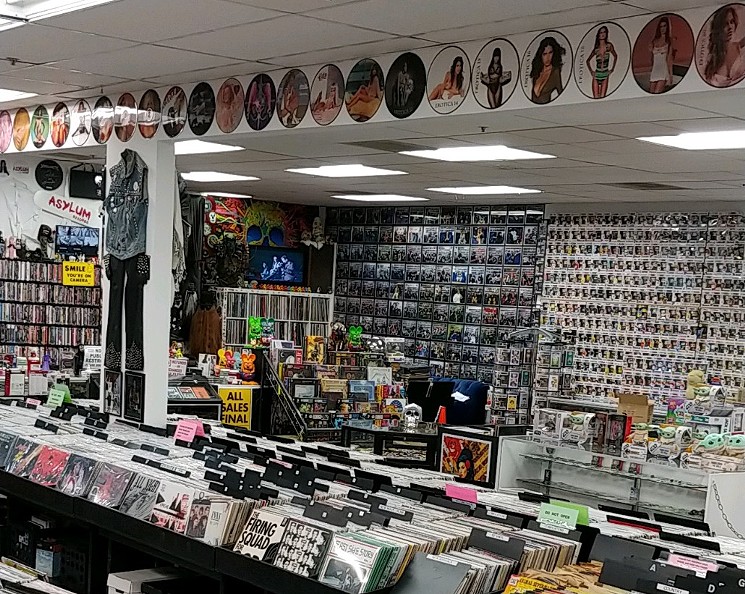 Checking out the selection at Asylum Records.
Scott Robenalt

Guitarist Michael Bruce, a member of the original Alice Cooper band formed in Phoenix during the mid-1960s, will be at Asylum Records from 10 a.m. to 2 p.m. He’ll be signing autographs, posing for socially distant photos, and selling his new CD. All used items in the store will be 20 percent off during Record Store Day.

Grace Records will be enforcing its masks-required policy, and requiring customers to practice social distancing. Only five people will be let in at one time, and there’s a one copy per shopper limit on every Record Store Day title. 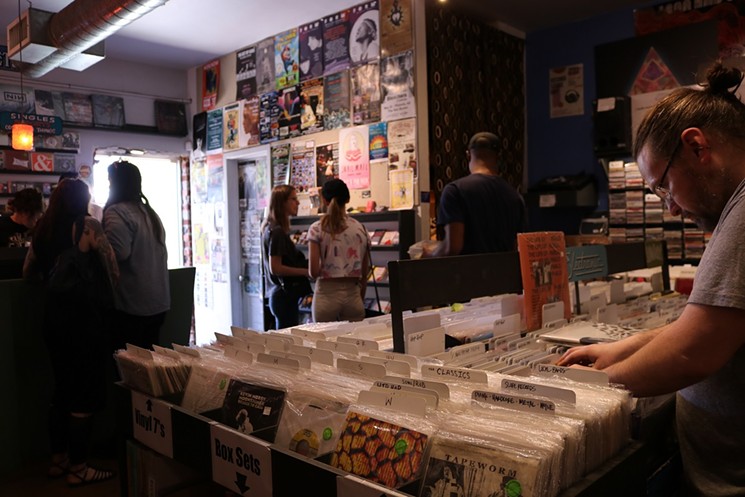 Don’t show up at the shop, because Stinkweeds is doing Record Store Day by phone and online this time around. For the first two hours, they’ll be taking phone orders, so have your list ready when you call. Order then, and you can pick up your bagged order that afternoon after 1 p.m. After 10 a.m. on Saturday, you can order online and pick up your orders Sunday after 10 a.m. Customers can do mail orders on Sunday starting at 10 a.m. You can only order one copy of any given Record Store Day item. Stinkweeds will have goody bags for the first 24 callers on Record Store Day.

The 'In' Groove will do in-person Record Store Day sales for the first two hours, then add online shopping at 10 a.m. The shop is doing free shipping on orders over $49 during Record Store Day.

Uncle Aldo’s Attic is doing 10 percent off music items in the store, other than Record Store Day titles, on August 29. There’s a limit of three Record Store Day releases per person. Masks are required and the store plans to make gloves available for those who want to wear them. 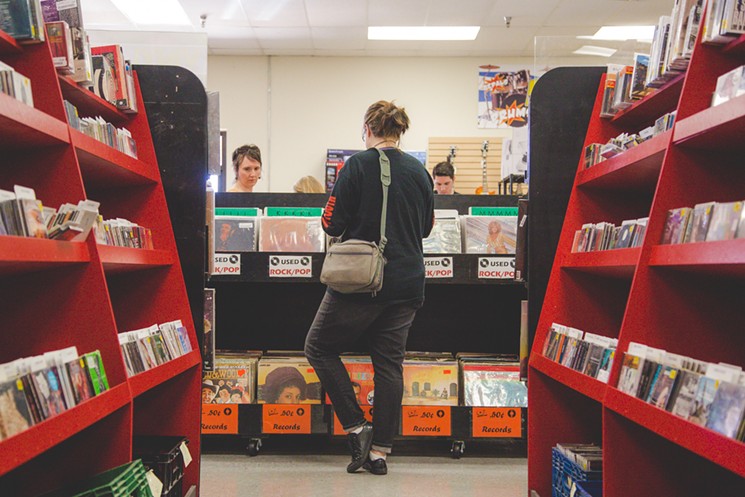 Zia Records is doing a socially distant lineup for the 7 a.m. opening. Unsold Record Store Day items will go up online at 10 a.m. The lineup area outside will be marked at 6-foot intervals, and the store will let small numbers of customers into the store at staggered times.
KEEP PHOENIX NEW TIMES FREE... Since we started Phoenix New Times, it has been defined as the free, independent voice of Phoenix, and we'd like to keep it that way. With local media under siege, it's more important than ever for us to rally support behind funding our local journalism. You can help by participating in our "I Support" program, allowing us to keep offering readers access to our incisive coverage of local news, food and culture with no paywalls.
Make a one-time donation today for as little as $1.