Karla Bonoff on What Making Music Is Really About 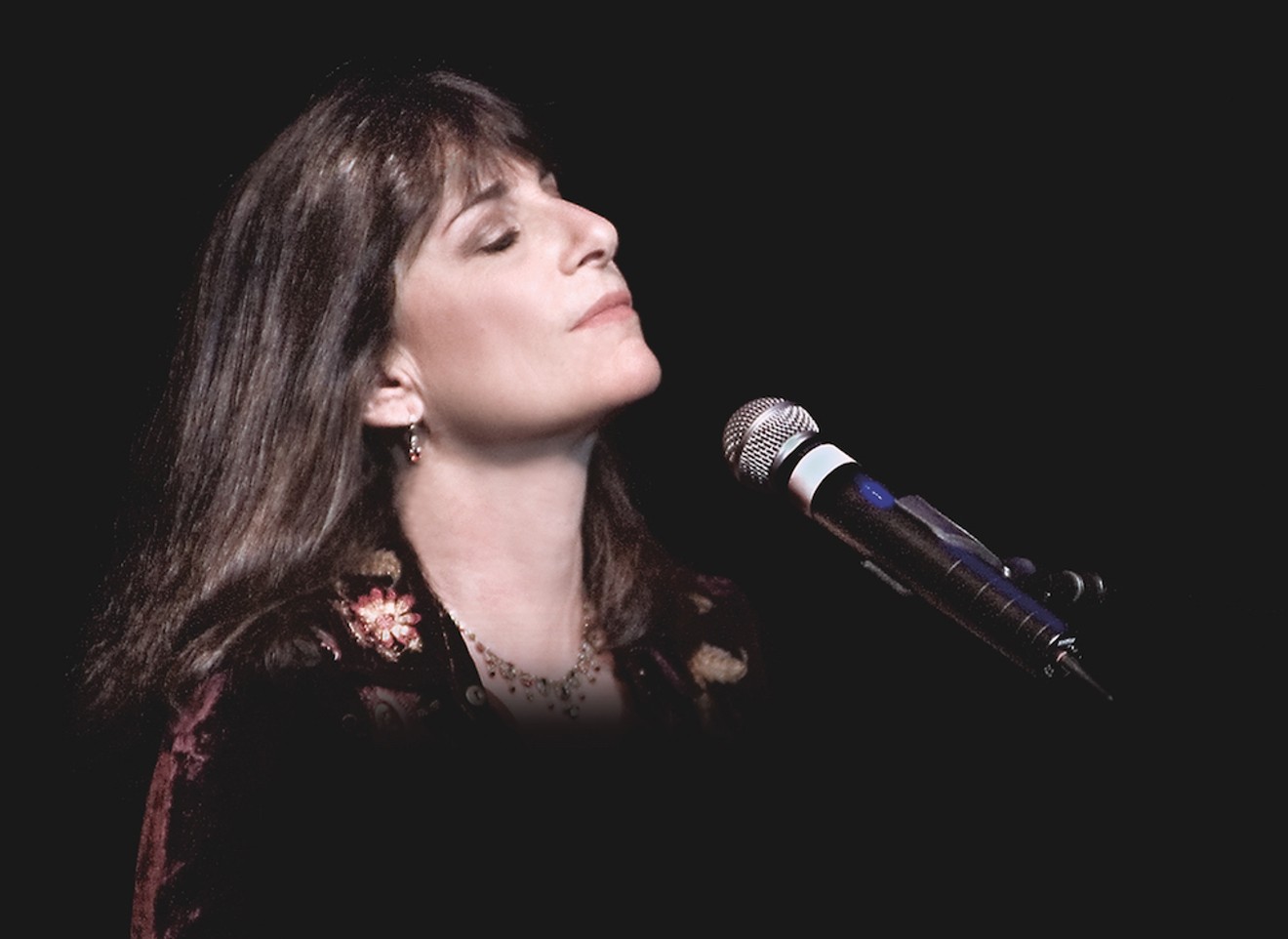 Karla Bonoff visits the MIM this week. Marcel Shain
Some wise soul brought me Karla Bonoff’s debut album not long after it was released in 1977. “It’s all here,” he said, handing me the record. “New York Tendaberry, Song for a Seagull, suffering and pain, great writing, cool vocals.”

I was sorry when people compared singers because they were, say, female or performed their own compositions or had Russ Kunkel as their drummer. I played the album, and my friend’s awkward appraisal made sense. These were intimate poems, mostly ballads starkly arranged around Bonoff’s voice and piano. “It’s like Laura Nyro moved into a cottage in Laurel Canyon,” I told my teenaged diary, in a review more gauche than my friend’s. “And through the open window Laura can hear Joni Mitchell singing ‘Marcie’ and Carole King playing her piano.”

My teen angst had an artful sound, and it was captured on this California girl’s new record. Anchored by “Lose Again,” a hopeful song about a lousy romance and one of three compositions from the LP famously covered by Linda Ronstadt on her Hasten Down the Wind album, Bonoff’s debut was a stunning surprise in an era that was scrambling — thanks to Ronstadt’s recent chart success — to sign folk-rock girl singers.

“My label was surprised at how well that record did,” Bonoff told me during a phone interview a few weeks before her upcoming, sold-out Musical Instrument Museum concert. We talked about the new album she’s recording, how the industry has changed, and how major-label A&R guys used to pressure artists to make hit singles.
“Back then, there was such a formula for what a hit was. It had to be uptempo, with a simple chorus,” she reminded me. “That’s loosened up some. Ballads can be hit songs now.”

Bonoff has had her share of hits, as both singer and songwriter. Covers of songs from her four studio albums were giants for Wynonna (“Tell Me Why”), Bonnie Raitt (“Home”), and Ronstadt (most notably “All My Life,” in duet with Aaron Neville). Ironically, Bonoff’s biggest chart hit was with someone else’s song: a cover of Jackie Moore’s “Personally” that went Top 20 in 1982.

“We play it in the show, and it’s fun to perform,” she said of the song, brought to her by Glenn Frey while Bonoff was preparing her third album. “But it’s not a song that did a lot for me as an artist. It didn’t relate to what I was writing at the time. It’s not something that people yell out in request at my shows.”

Bonoff fans do call out for “Home,” and “Someone to Lay Down Beside Me,” and sometimes “Daddy’s Little Girl,” a song Bonoff recorded with Bryndle, the folk-rock super-group she formed with Wendy Waldman, Andrew Gold, and Kenny Edwards. And we wait quietly for “Goodbye, My Friend,” a heartbreaking farewell song.

“One guy was really disappointed to learn that song was about when my cat died,” Bonoff told me with a chuckle. “It gets used a lot in those YouTube montages that people do when their pets die.”

Is it strange, I asked, when you’ve written a song that’s so personal, so clearly about yourself, like “Lose Again,” and others misinterpret it, or make it their own?

“Actually, that song wasn’t about me,” she said, and laughed again. “I was actually trying to write something I could imagine Linda singing. I was trying to emulate J.D. Souther, because she was recording his songs at that time, and I wanted to write something she’d record.”

Quick to comfort a stranger, much as her heartfelt recordings have always done, Bonoff rushed in with a gentle bromide.

“But don’t feel bad for thinking that song was about me. Isn’t that what music is about? Someone writing something other people can interpret, and make their own?”

Karla Bonoff will perform with Nina Gerber on Thursday, March 8, at the Musical Instrument Museum, 4725 East Mayo Boulevard. Call 480-478-6000 to put your name on a waiting list for tickets.