Katastro Stay the Course With Their New Album 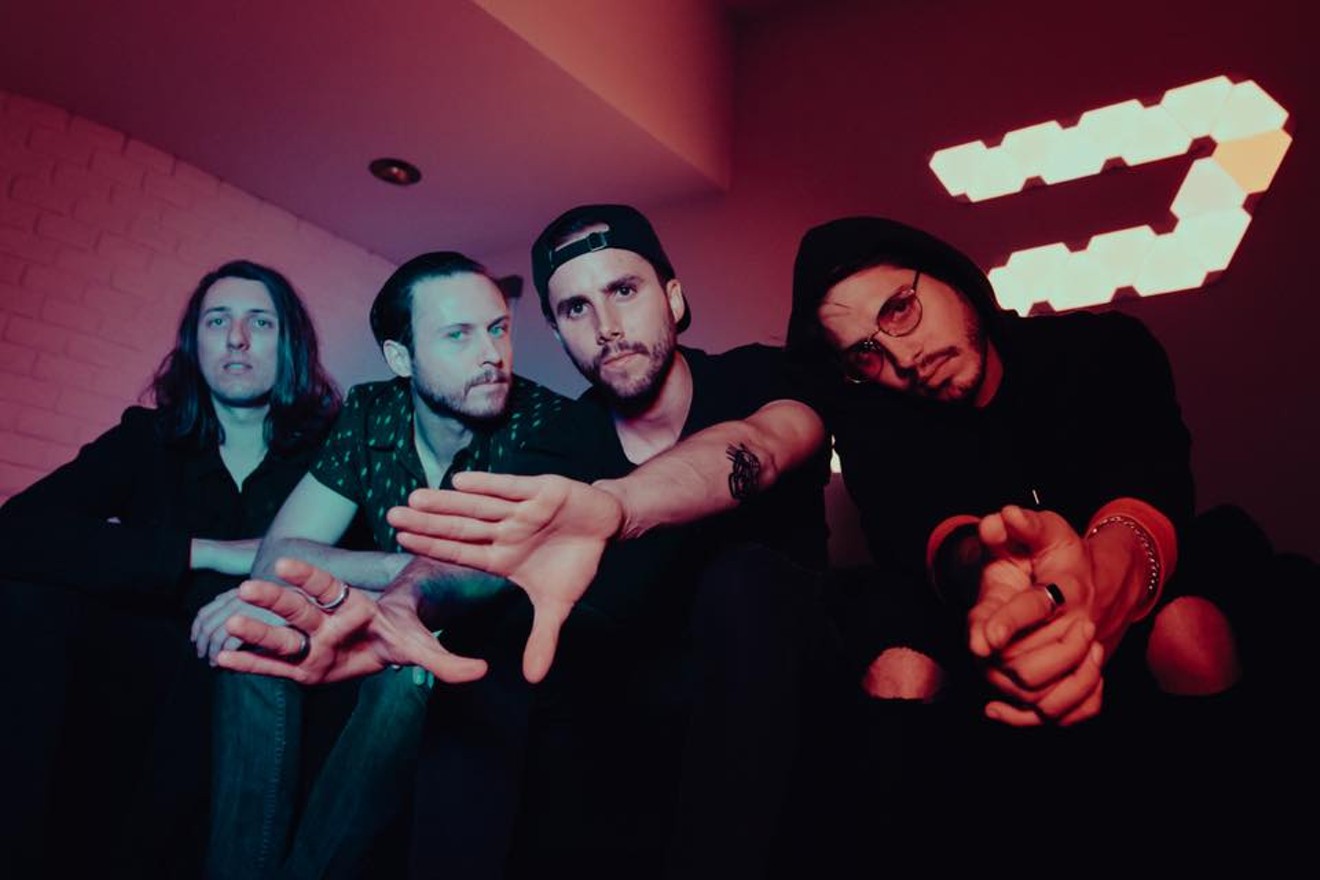 The members of local band Katastro. Katastro
Grief is a terrible and beautiful thing.

The beauty ultimately lies in the personal change it can manifest emotionally, mentally, and creatively. It forces a person to reckon with their mortality, a life without their loved one, and a need to express the trauma that familial deaths ultimately create.

Creation is one method of catharsis that often has worked for bereaved artists. For drummer Andrew Stravers, whose father died earlier this year in the wake of writing Katastro’s album Tropical Heartbreak, artistic creation was similarly healing.

“My dad passed away, and a week after, we had to go record the album,” Stravers says in an interview with Phoenix New Times. “We set up a studio in a house and stayed there for a whole week. For me, it was definitely heavy because I was still dealing with ... I mean, I still am ... with all the emotions in grieving while we were working on the album. I would go missing for like an hour or two here and there and kind of like … lose it. But for me, music and creating stuff as my friends always been the biggest escape for me in such a healthy way. It's always been my healthiest way of coping with things.”

It’s worth noting that Tropical Heartbreak isn’t all about Stravers' experience with loss. Much of the lyricism comes from vocalist and leader Andy Chaves. Katastro’s musical process is a collaborative effort among Chaves, Stravers, Tanner Riccio (guitar), and Ryan Weddle (bass). Stravers' grief played just a significant part. He also came up with the album’s title.

“Tropical Heartbreak had a deep meaning for me," Straver says. "You could be in the most beautiful place in the world and still be dealing with heartache and issues in life. I wanted to speak to fans in a way that [shows that] it's really important for people to understand that in order to become happier and be a [better] person, you have to go through shit. It’s relatable to everybody. When something really bad happens in your life, you're either going to let it destroy you or going to face it head-on and might become bigger because of it.”

There’s always power in the choice.

Katastro’s previous release Washed is an experimental venture into honesty and boldness, complete with elements of rock, blues, funk, and hip-hop. Tropical Heartbreak is similarly unique in its approach to blending what many would consider “party music” with a broader message.

“Andy writes a lot of lyrics about personal relationships," says Straver. "Our last album, there's a lot of songs about an ex-girlfriend and a relationship that ended. Whether it's losing someone like a family member or losing someone to death, or the end of a relationship, they can both be very traumatic for some people. And so I think going through those situations is what makes you makes you stronger. They can both be related.”

Tropical Heartbreak gathers a diverse mix of sounds, something pop, jazz, and rock all at once. Even without the context of one member’s battle with grief, the album explores the unifying force of survival through addiction, depression, and personal struggle, all things that we can all relate to — and in the end, celebrate overcoming with good music.

Katastro scheduled to perform on The District Stage at Tempe Marketplace on Saturday, October 19. Tickets are $20 to $50 via Songkick.
KEEP PHOENIX NEW TIMES FREE... Since we started Phoenix New Times, it has been defined as the free, independent voice of Phoenix, and we'd like to keep it that way. With local media under siege, it's more important than ever for us to rally support behind funding our local journalism. You can help by participating in our "I Support" program, allowing us to keep offering readers access to our incisive coverage of local news, food and culture with no paywalls.
Make a one-time donation today for as little as $1.