Lil Xan on Tour Life, Sobriety, and His Rise to Fame 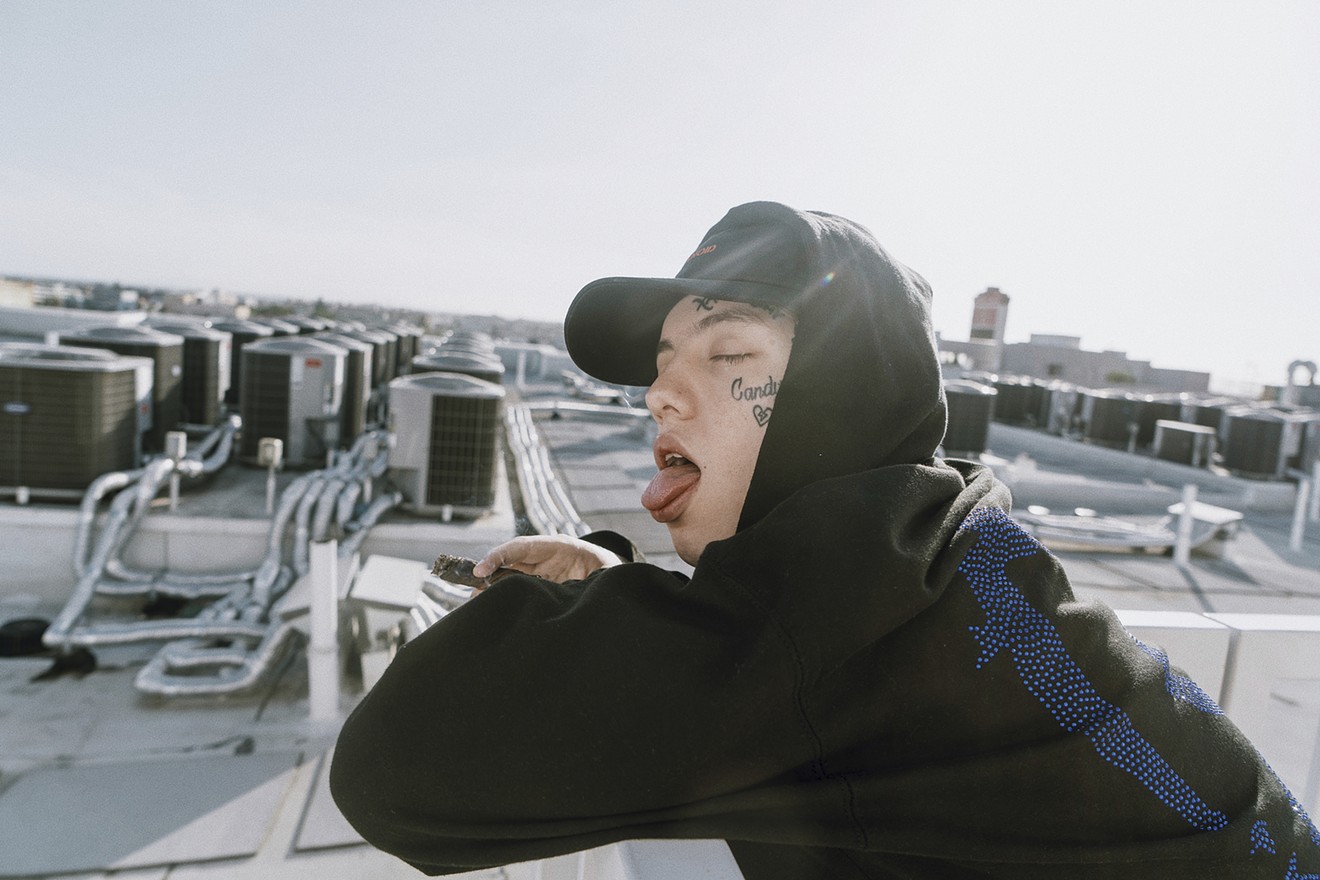 Lil Xan could be the next big thing. Courtesy of Sony Music
Underground rap is having a moment, and it's being led by 20-somethings with face tattoos.

The music streaming platform Soundcloud has paved the way for many of them. It's both a streaming service and a distribution platform for artists. Soundcloud has been around since 2007, but artists have only recently been able to carve out mainstream staying power through the lowkey service.

In 2017, Lil Yachty and Lil Uzi Vert jumped from Soundcloud into the public conscious with zeitgeist-capturing singles that were inescapable all summer.

And more Soundcloud rappers have found chart success, effectively changing what popular rap sounds like. Artists like Uzi, the late Lil Peep, and Lil Xan have made rap sadder, with pop-punk and emo influencing their music.

Lil Xan, née Diego Leanos, is poised to be the next big thing in this subgenre. Right now, he's rocking a sold out tour, and his song “Betrayed” is currently at No. 65 on the Billboard Hot 100 chart. Chances are good it will peak even higher.

“I don’t know what a not sold-out show feels like, everything we do had sold out,” Lil Xan says.


Xan kicked off his Total Xanarchy tour in Vancouver on January 25.

He’s travelled down the west coast with stops in Seattle, Portland, and throughout California on his way to his Club Red show in Mesa on February 8. From there, Xan will head east through February and March before hopping across the pond for an unannounced European leg of his tour.

For Xan and his team, tour life has been a combination of back-to-back shows, routine, and goofing off with the boys on the bus.

“I wake up, usually start my day off with some very unhealthy McDonald’s,” Xan says of his daily routine. “Then, I get offered weed multiple times, but I don’t smoke so that gets pretty annoying.”

Lil Xan’s name is derivative of the prescription Xanax, a highly addictive benzo used to treat anxiety. In his music, Xan often speaks out his past struggles with addiction.

“I quit that shit, like six or seven months ago,” Xan says. “My whole movement is getting kids off of Xanax; that’s what we’re trying to do. I make it very clear on all social media aspects and the people know now. We’re going to keep pushing that until it's in your face and you can’t ignore it.”

Hip-hop has always had a tenuous relationship with drug use, and advocating for sobriety is nothing new in the scene.

OutKast did it. Kendrick Lamar did it with “Swimming Pools (Drank).” Artists like Vince Staples and Lil Yachty quietly have begun a straight edge movement in the rap community. Following Lil Peep’s accidental Fentanyl overdose in November, many rap contemporaries have reconsidered their own relationship with drugs and addiction.

“I started that trend,” Xan says of creating music about drug awareness and his own sobriety. “That’s the big misconception that these bloggers don’t understand. They say I joined fellow rappers — no, I started that fucking trend. Shoutout to all of the people joining the movement, especially rappers because they have big influence just like me. But I started it."

At his shows, Xan often pays tribute to Lil Peep and cites the late rapper as one of his favorite artists.

Xan’s meteoric rise seemed to happen overnight, and that’s because it pretty much did. Xan dropped his first mixtape Citgo in 2016, but he only started considering rapping as his career once his track “Betrayed” took off this summer. Now, he seems almost unstoppable.

“Every week, there’s a new accomplishment that I can go back to my mom and freak out about and have her be so proud of me,” Xan says.

Lil Xan is scheduled to perform at Club Red in Mesa at 7 p.m. on Thursday, February 8. Tickets start at $20 and are available on Club Red's website.