How Lindsey Stirling Gets in the Christmas Spirit 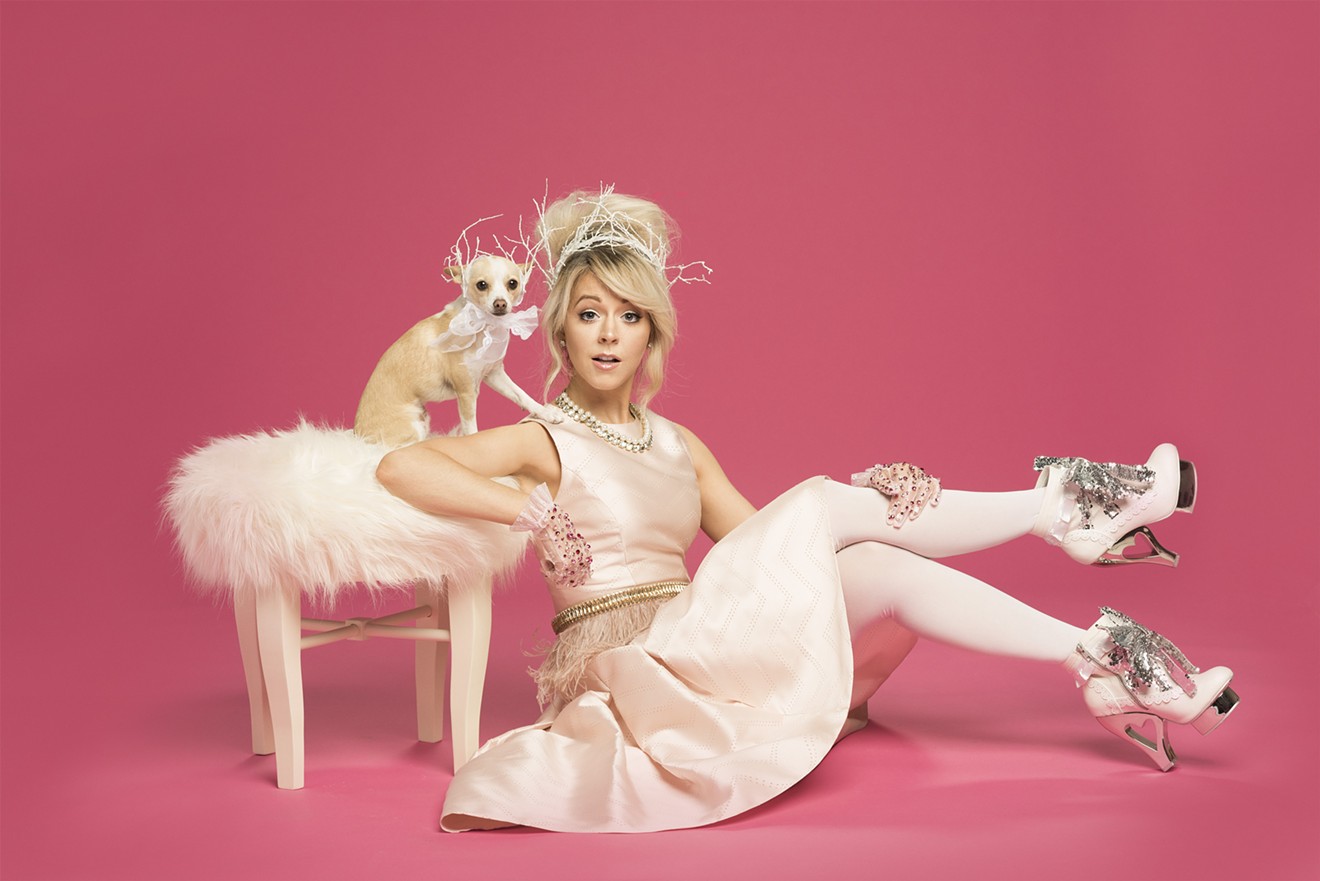 Lindsey Stirling brings some hometown holiday cheer to her Phoenix show at Comerica Theatre on December 23. Cara Robinson
Growing up in Gilbert, violinist Lindsey Stirling didn’t have cold weather to help her get in the holiday spirit. Instead, the Christmas-obsessed musician filled the desert winter with cherished family traditions.

“My parents had this homemade Advent calendar with small cloth pockets. Every morning, my sisters and I would rush to the calendar to see what the ‘Christmas elf’ had brought us,” Stirling recalls. “Advent treats ranged from small toys to candy or even dollar coins. It was like a mini-Christmas every day for a month.”

Her family still makes a “Stirling Family Christmas Craft” every year. In 2016, they hosted an ugly-sweater-making contest. The year before, they made stuffed snowmen out of fluffy socks.

“This year, we have epic snowman ornaments and sugar cookies planned,” she says.

Her brother Vladimir, sisters Jennifer and Brooke, and her mother, Diane, live within 30 minutes of each other. Now Los Angeles-based, the musician will meet up with them — and the entire Stirling clan — at her mom’s house for the holidays.

However, she isn’t just coming home to eat mom’s banana bread. Stirling’s rounding out a massive, two-month national tour in support of her first holiday album, Warmer in the Winter. On top of it being a special homecoming for Stirling, she’s dialed up the festivities for her Phoenix concert on December 23, with a snowy scene, dancers, and a live local orchestra.

Stirling had tentatively planned to release a Christmas album for the past two years. She was plenty busy though, releasing her third album, Brave Enough, in 2016. Earlier this year, she participated in season 25 of Dancing With the Stars and came in second place alongside Mark Ballas.

Still, she set out to see Warmer in the Winter come to fruition, and found the experience very different from the composing experience of her other albums.

“It’s my first album that has used primarily live instrumentalists rather than electronic tracks, and is comprised primarily of covers of already-popular Christmas riffs.”

Stirling wrote three original songs for the album: “Christmas C’mon,” “Warmer in the Winter,” and “Time To Fall In Love.” A devout Mormon, she also wanted to include reminders of the true meaning of Christmas (“Angels We Have Heard on High,” “Silent Night,” “I Saw Three Ships,” “What Child Is This?”).

Guest vocalists Becky G, Sabrina Carpenter, Trombone Shorty, and Alex Gaskarth of All Time Low were featured, and longtime friends Stephen Anderson and Josh Abraham were two of the producers.

Stirling has learned a lot over the years, and was not as nervous as she had been in previous recording sessions, when she was concerned about what other people thought.

“I’m to the point where, while I still care and want to take others’ input into account, I’m not afraid to be very clear about what I like or don’t like, and I’m not afraid to make the final call if something is important to me.”

Often juggling a busy schedule, staying within deadlines is especially important to Stirling.

“I work really great under pressure.  And I am really good at focusing on the task at hand,” she explains. “It’s difficult for me to take any one of my ‘creations’ and be ‘done’ with it, because I’m always trying to tweak my work or make it better.”

As for tackling her plans for 2018, she’s giving herself the grace to figure it out as she goes.

“Honestly, I’m a fly-by-the-seat-of-my-pants kind of girl. ‘Live in the present’ is my mantra,” she says. “While I’m sure 2018 is going to be epic and full of wonderful opportunities and surprises, I haven’t gotten that far yet.”

Lindsey Stirling is scheduled to perform at Comerica Theatre on Saturday, December 23. Tickets are $35 and up via livenation.com.