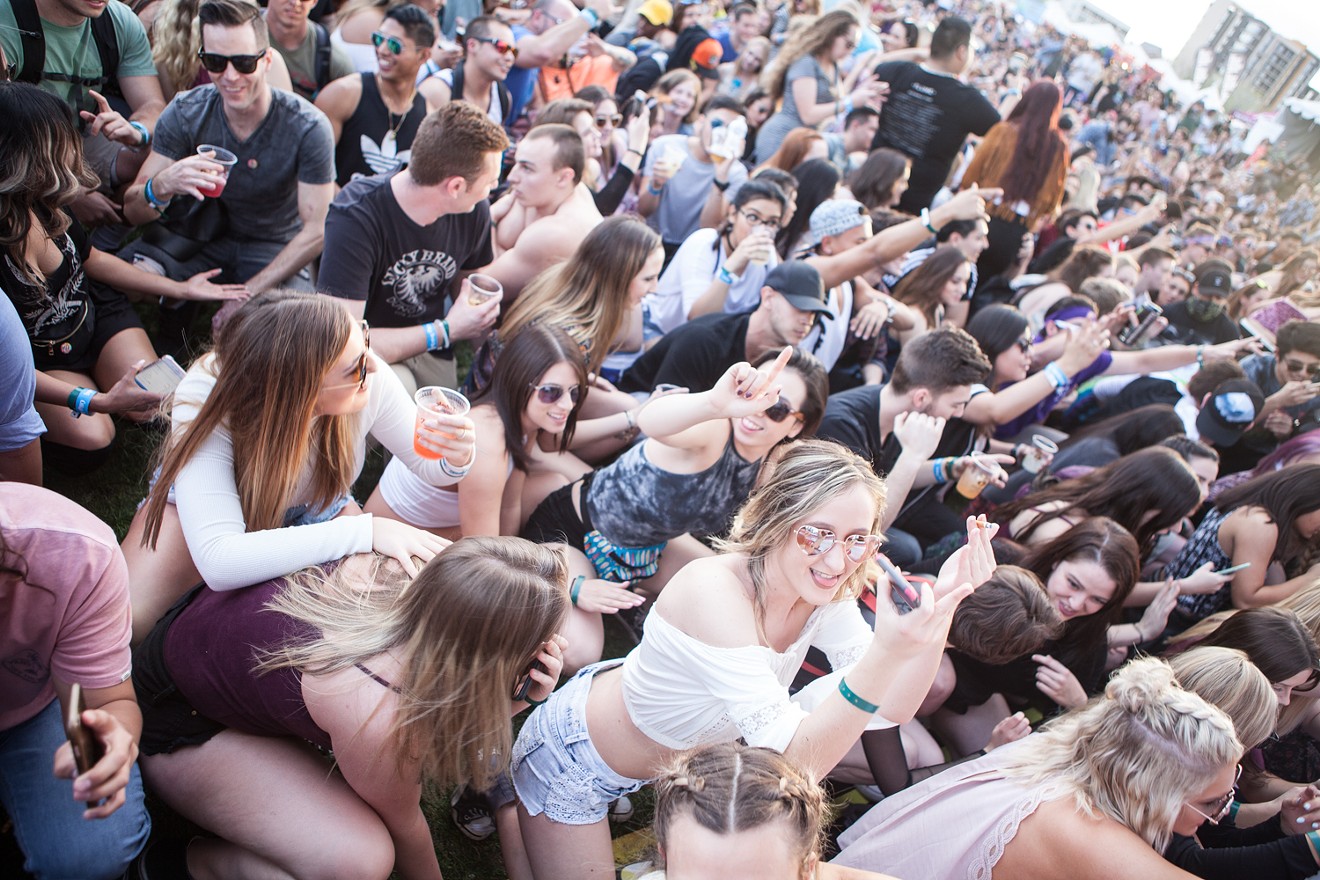 A scene from the 2017 McDowell Mountain Music Festival. Jim Louvau

After announcing a partial lineup a few weeks ago, M3F (the music festival formerly known as the McDowell Mountain Music Festival) has revealed the rest of the acts scheduled to hit Hance Park from March 2 through 4 in 2018.

It's not so much a lineup announcement as it is a full-on gauntlet drop: M3F 2018 might be the Arizona festival to beat in 2018.

Here's the full lineup for the 2018 McDowell Mountain Music Festival:

It's a strong mix of party-starting local bands, body-rocking electronic/DJ acts, and some big-time indie acts like Washed Out and Father John Misty. FJM in particular is a major booking coup: Anyone who saw him at this year's FORM Festival at Arcosanti can attest to Josh Tillman's ability to get a crowd to eat out of the palm of his hand. Nobody gives better stage banter than Mr. Pure Comedy.

The festival will also be bringing back its crowd-pleasing mix of live activities (including a kid's area) and food trucks.

Passes are on sale now via the M3F site. General and VIP tickets also come with an additional $17 fee.